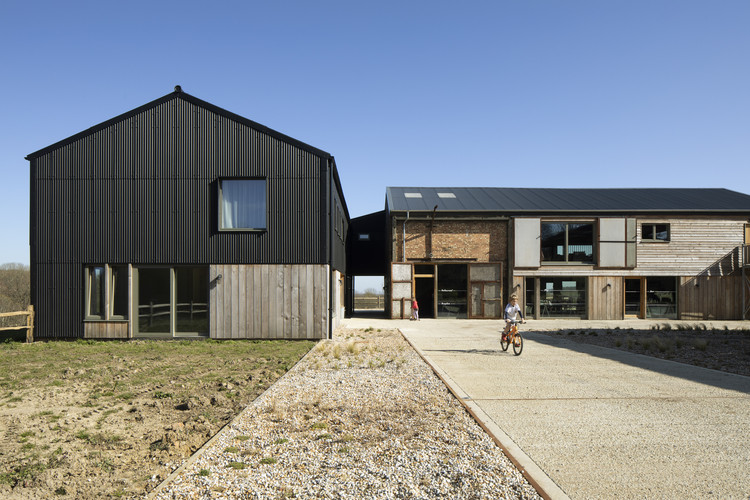 Text description provided by the architects. Tillingham Winery is situated in Peasmarsh off a winding lane, amidst fields and copses -with panoramic views across the Tillingham Valley toward the Cinque Port town of Rye. Our client’s vision is to produce fine organic artisan wines. The brief required a creative approach to reuse the existing buildings, draw in the stunning surrounding landscape, and reference the rich heritage of the site. This ambitious project incorporates 70 acres of farmland and various farm buildings including a traditional Oast dating back to the 19th century.

The farm buildings have been restored to facilitate organic wine production, wine tasting rooms, visitor accommodation, teaching spaces, and artisan workshop spaces. Mixed vine varieties will be planted on the predominantly south-facing land with sheep grazing, agri-foresty, and camping on other parts of the estate. The design is based on collecting all the different elements of the winery around a central landscaped courtyard space.

The buildings are re-clad in a variety of materials such as metal, concrete, and timber with simple robust detailing to reflect the farming heritage of the site. Large galvanised metal and timber doors are restored and positioned to slide back and reveal framed views through the buildings to the courtyard and of the cylindrical steel and timber wine vats in the production areas.

Two large winemaking qvevri are sunk into the ground under the open-sided Oast which in the 19th century would have been used to lay the long strands of hops for drying. Creating the first ever qvevri cellar in the UK and utilising the building as a place to prepare and store the wine has brought the Oast back into its former agricultural use. 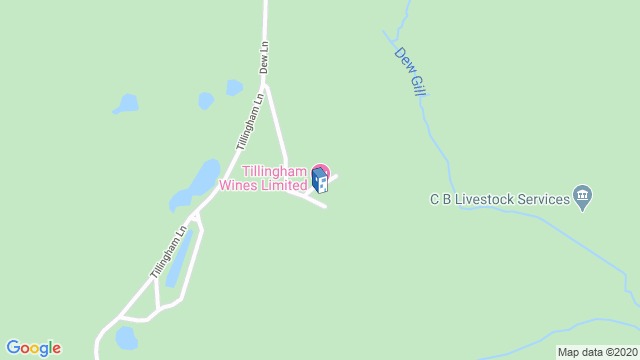