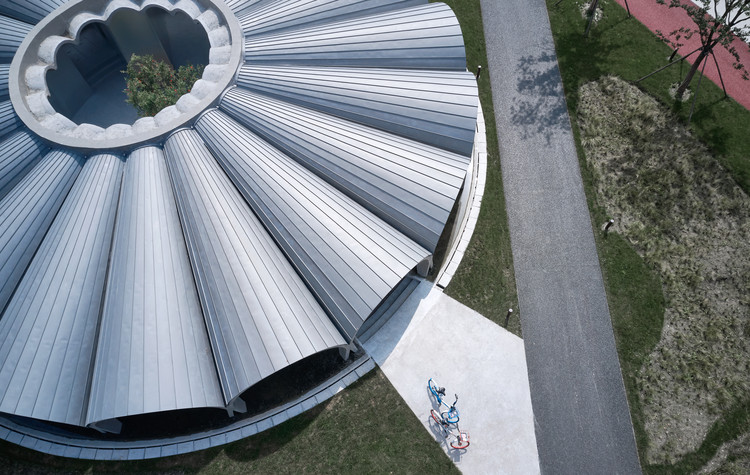 Text description provided by the architects. Net-Pool Café is located in the Yangshupu Power Plant Relic Park. The net pools used to belong to the industrial waste water treatment system of the power plant, which is usually arranged in groups. In December 2010, the 100-year-old Yangshupu Power Plant was officially shut down. In June 2015, the project of public space in the southern part of Yangpu Riverside started at the power plant section. When we arrived on the site for the first time, the main structure of the two net pools was still intact, only the internal equipment was decaying as well as the ground and the enclosed structure were in disrepair over the years. The two water tank installations stand between the power plant and the waterfront dock area, in a field of wild grass with excellent views. Therefore, we intend to transform the old structures into a place for leisure with shelter and nice view.

Initially, we wanted to keep the original funnel-shaped steel structure of the water tank. However, unfortunately, this idea was not realized. The main part was demolished. There were only 24 pillar foundations left hidden in the wasteland, which were carried on two large circular bases with a diameter of 20M. We then changed the design strategy, sinking the main functional space, using the original round large foundation as a new floor, making full use of the bar foundation carrying the machine, and interpreting it as "fixed furniture".

Since the upper structure no longer exists, we need to find a new way to get it sheltered. We choose the split-cone arch. This three-dimensional curved surface is an expandable curved surface, which is convenient for making metal templates and has the possibility of various module division and combination. The 18-lobed split-cone shells are continuously connected to form a radial reinforced concrete split-cone arch shell structure in which horizontal thrusts between adjacent units are balanced. A concrete ring beam with a diameter of 6M is added on the top of the roof as well as a ring beam to the ground to balance the axial thrust of the whole shell, so as to obtain a light, peaceful and column-free roof system. The straight and curved surface form echoes the traditional footrest pavilion, and the overall flat and stable form contains the momentum of breaking free from the ground.

These functional boxes are inlaid in a discrete manner between the new roof and the old foundation. In such a place with traces of time, we consciously avoid the centripetal space form, hoping to shape a discrete space for people to walk, wander, stop and rest without purpose. 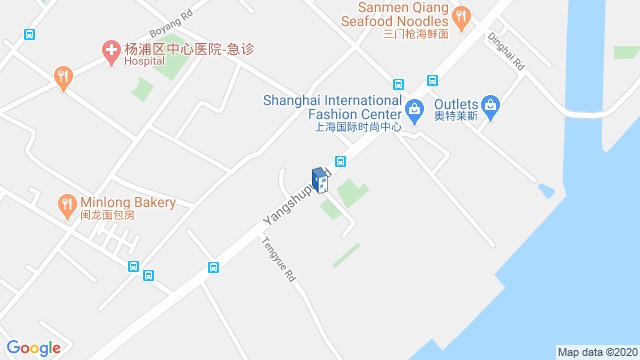 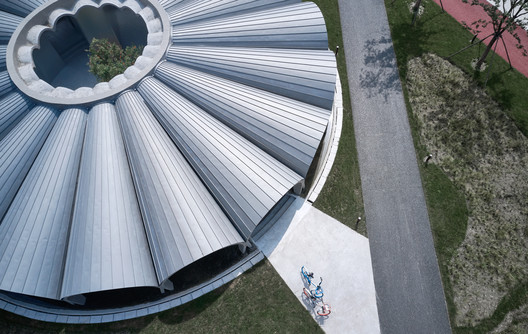