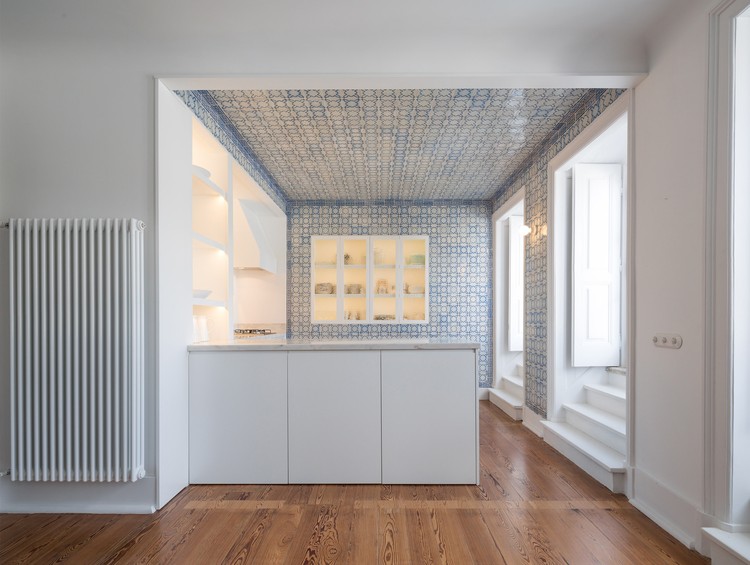 Text description provided by the architects. The project’s main goal was to connect the two autonomous apartments on the top floor of a building in the Lapa district of Lisbon. The building - comprising a basement, 3 floors and an attic with a single fraction per floor - was built in the last decade of the 19th century. The main floor’s original layout, like most of them at that time in Lisbon, still has a continuous row of rooms that allows for different functions. The kitchen and the only bathroom in the apartment were located at the back of the building. All the areas were served by an extensive corridor that allowed for a transversal connection between the front and the back of the apartment.

In order to adapt the flat to new uses, various spaces needed to be redistributed so as to significantly improve the apartment’s spatial and habitable conditions. As an operating principle, it was decided to keep the original apartment’s character by maintaining the continuous row of rooms and assigning them the distributional function. In this way, the existing corridor became an internal stairway leading up to the attic to connect the two floors. In the spatial reorganisation of the house, the main alteration resulted in the introduction of four bathrooms distributed between the two floors and the relocation of the kitchen. The kitchen remained one of the most exceptional spaces of the apartment where the original pre-existing tiles were restored and reapplied to the walls and ceiling. All the social areas were opened and permeable between each other, thus allowing the apartment to benefit from natural ventilation via the two opposite façades, to the north and to the south.

The complete remodeling of the attic was necessary in order to make it livable and structurally stable. Reinforcements were required to the floor structure and vertical props were removed making the space more functional. For most of the restructuring, the original materials and finishes which characterised this apartment and its construction type were renovated, such as with the original timber flooring, walls and internal wooden doors and shutters. 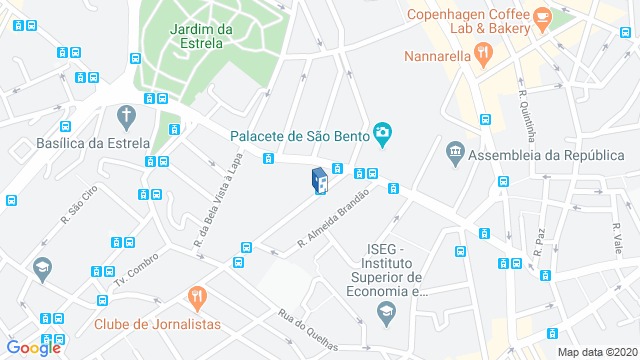 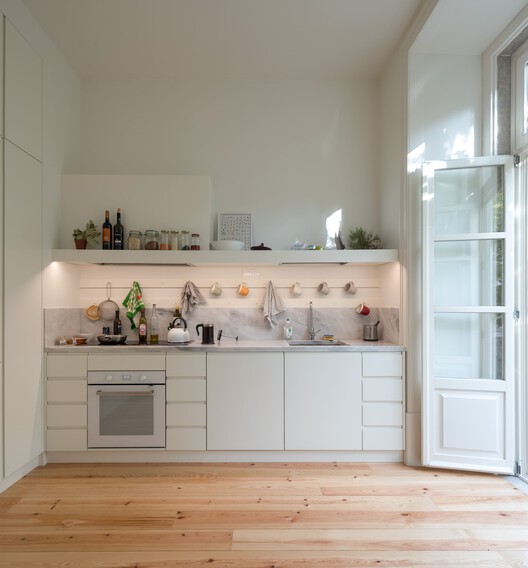