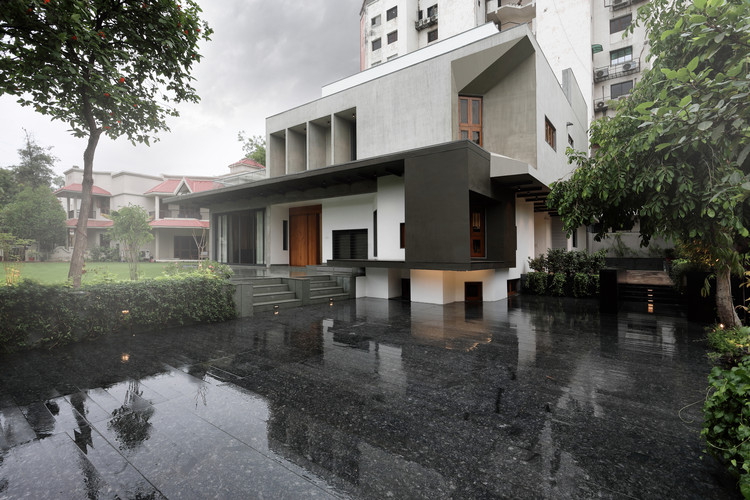 It is inconclusive whether new creation is more demanding or transformation of the old. While the former has its own set of challenges of creating a master piece, the latter is not a cake-walk either as it brings along the conflicts of attachment and detachment. Private Residence No. 555 belongs to the latter. This Ahmedabad (India) based residential project was reconfigured to give it a new identity while keeping the soul of the house intact. Deliberating upon possible approaches, a renovation approach with minimal intervention was unanimously agreed upon as opposed to new construction post demolition.

In case of formal transformation it becomes imperative to determine degrees of change induced and at what point does a form depart from its inherent character or theme. The two-storied house is a congruent extension of its former self as it seamlessly blends the original character of the house in the renovated avatar. The ground floor houses a living room and bedroom, kitchen and dining, entertainment room and a temple; while the first floor accommodates 2 bedrooms, family lounge, kids room and open terrace among other functional spaces.

Taking the sensitive route to architecture, most of the original concrete structural system has been preserved with just two column accessions for reconfiguration of internal spaces. The old façade has been turned anew with better climatic response and orientation that makes the most out of the natural light. While, the spaces of the house were redesigned by upgrading various fitments to meet the requirements of the new family. The primary motivation was to recreate the dwelling in an environment friendly manner by preserving natural resources and escaping unnecessary pollutants to leave minimal impact on environment.

As a result the project needs were addressed with upgrades led by high energy efficiency, water conservation and use of renewable resources. All this was aimed to be achieved with cost efficiency as a result of which the project was thoughtfully designed, planned and executed to save upon substantial financial resources of new civil construction. The reformed Private Residence No. 555 discreetly met the design goals of enhanced flexibility, capacity and sustainability of the existing building at lowest possible cost. 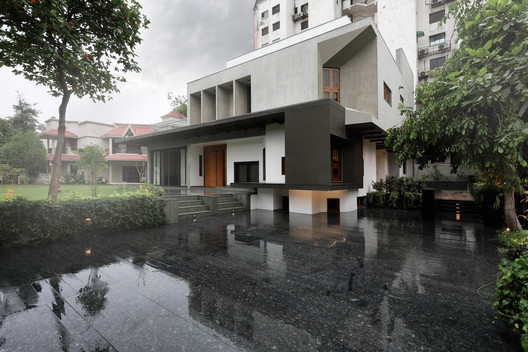