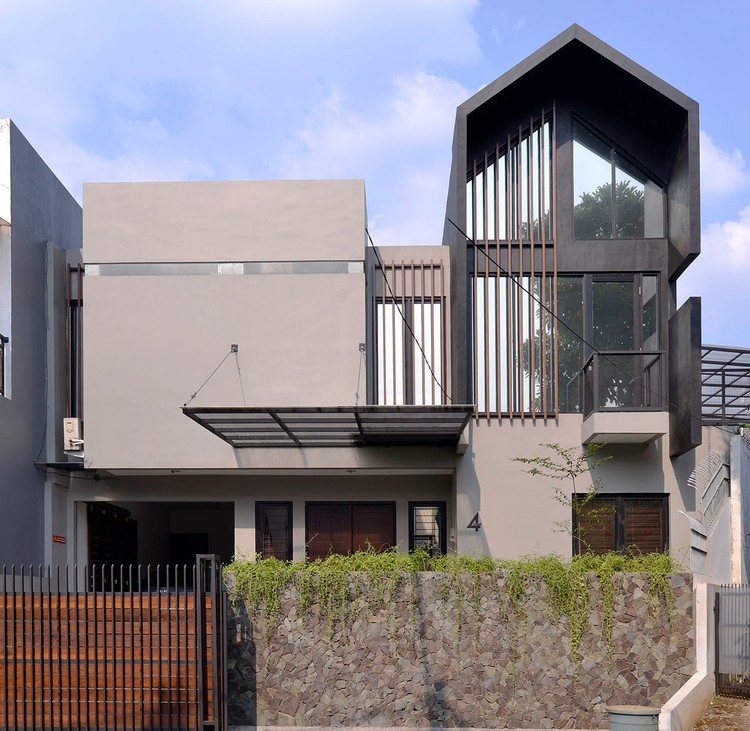 Primera family, the owner of “Rumah Primera” is a young couple with a baby decided to plant their new dream house at the wing of Jakarta city. According to the owner requirements who love to hang out and travel is to build the house that not only a warm and homey for their family but also cool like place you hang out. The existing land of “Rumah Primera” is 1 story house that stand at the small trapezoidal shape with the structure that already designed to be a 2 story house for the future. Instead of demolished a whole house, we were agreed to use the existing structure as a base, change a half of the house lay out, removing the roof and adding the next story at the above.

The House concept design is a 2 stacking mass objects that connected with a glass bridge at the void. The first mass is a cube shape with a single bovenlicht that remind a privacy inside a room and block the heat of the sun rays from the west. The transparent mass at the other side is an interactive space that connect the outside and the objects at the second floor. A small balcony is inserted there.

The trapezoidal shape gives a lot of advantages to the house design. The area can be used for a lot of activity and now even become the central common space of the house. it transformed as a private veranda with a single wood picnic table to generate the human activity. The wet kitchen and dry kitchen placed at the side of the veranda to support the activity of human that make the owner can use the veranda not only for the daily routine but also to entertain their colleague, friend, and their big family. 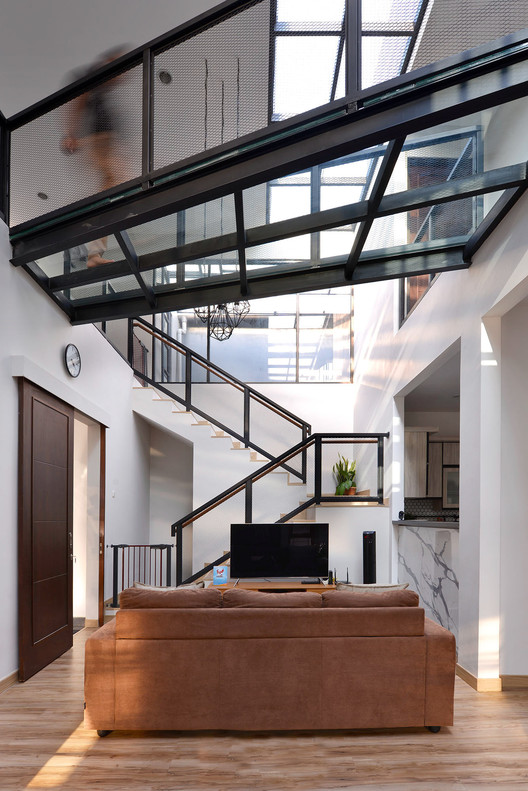