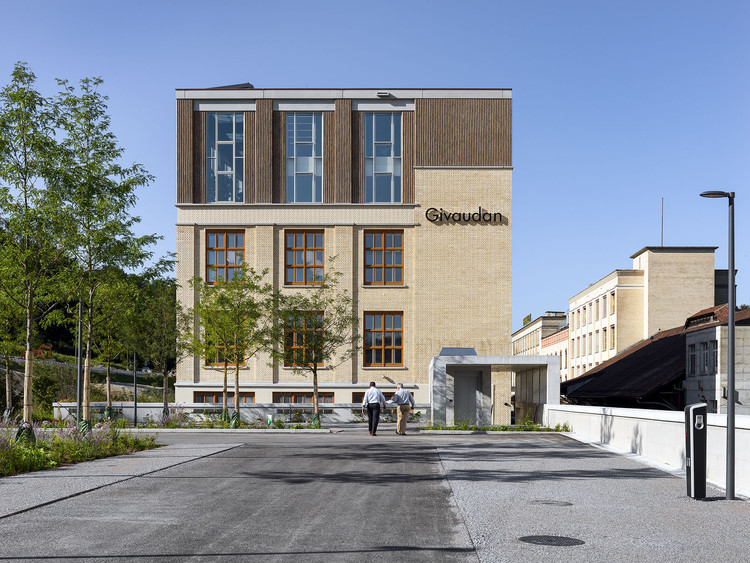 A history of building upwards. Conversion and refurbishment of a former soup-filling and crate-nailing plant into 200 high-quality workplaces for Givaudan AG. The former industrial site of the Maggi company on the railway line between Winterthur and Zurich, with its distinctive brick architecture is an important testimony to the industrial history of Switzerland and is classified as a preservation site, ISOS Type A. Ernst Niklaus Fausch Partner AG have developed the master plan and new layout for the site, which forms the basis for the opening-up and revitalisation of the area. The building The former soup-bottling and crate-nailing plant from Debrunner+Blankart Architects, which is a listed cantonal monument, is a striking brick building with staircase cores emphasising its corners.

The building was constructed in 1931 and shortly after, in 1940, two storeys were added by the same architects. In addition to the characteristic material - a light-coloured Clinker from nearby Pfungen - the proportions and structure of the existing building were adopted for the new floors. Inside, the building is characterized by overly high spaces with galleries, which reflected the production process.

In order to preserve these unique spaces, all technical installations were concentrated in a specially developed interior fit-out element, running beneath the windows along the outer walls. Thus, all rooms could be technically equipped with the latest systems and nonetheless kept spatially free from the usual technical installations. Spherical fabric lanterns, developed together with interior architect Verena Frey, emphasise the hall-like sense of space. The workplaces are arranged in the halls and the areas for informal encounters in the galleries between. A single new staircase provides access to all floors as an alternately cascading spatial sculpture.

Shades of grey characterise the rooms and they are played-up and complemented by the wooden surfaces in oak, the coloured carpets of the galleries, the staircases in brushed aluminium and the carefully selected tones of the office fittings. The 2-storey addition which houses the cafeteria, conference centre and management rooms, continues the basic structure of the existing building. Here, the overly-high rooms along the facades form two orangeries as places for informal encounters. The facade of the extension stems from the basic dimensions, proportions and materials of the original building. This can be seen in the continuation of the modulated pillars, the two-storey nature of the window openings and in the 45° rotated, vertically offset clinker bricks. Hence, the story of upward extension is told once again. The building is one of the first LEED-Gold certified refurbishments in Switzerland. 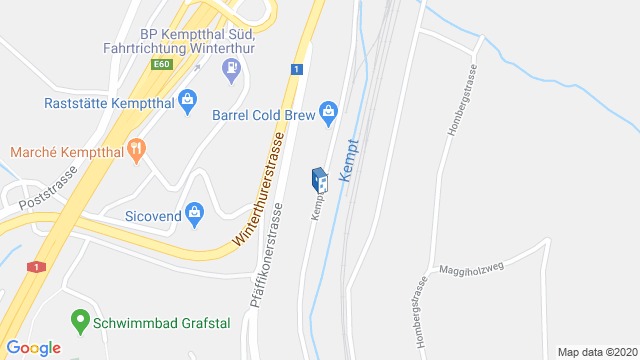 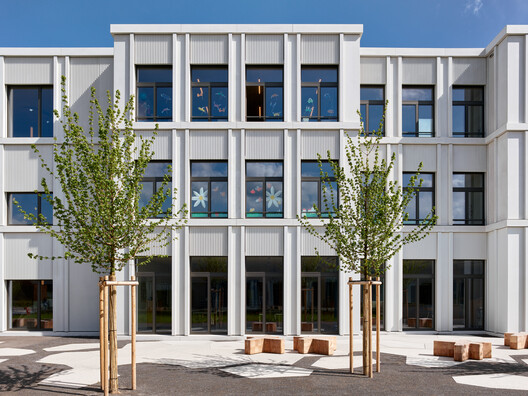 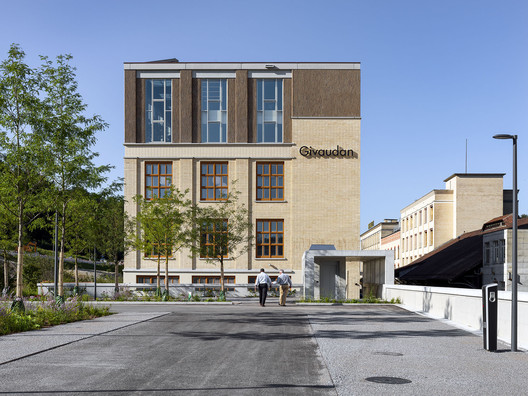