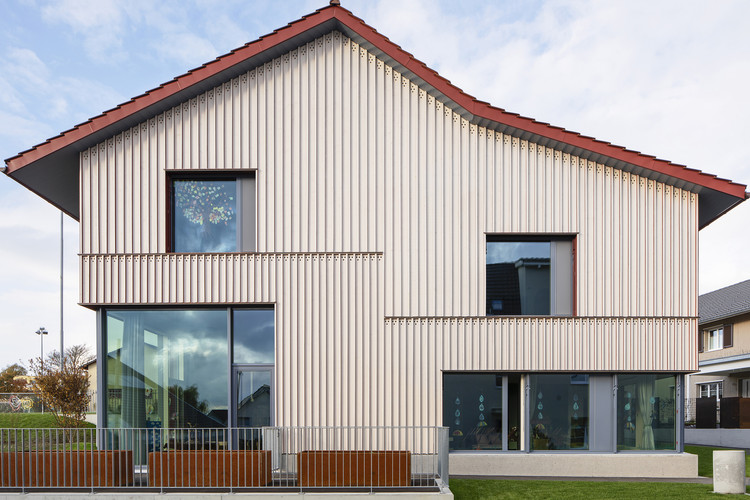 Text description provided by the architects. Designed for the slightly sloping terrain, the kindergarten Zihlschlacht is organized on 6 levels and offers space for two kindergarten classes. Like two spirals twisted into each other, one kindergarten unit develops downwards from the entrance, the other upwards. An exception in the split-level system creates an overheight kindergarten room for the lower unit, the space under the roof creates one for the upper unit.

This spatial continuum develops around a core of concrete, which is rotated by 45° to the geometry of the floor plan. Except for this "backbone" of concrete, the entire building is made of wood.

On the façade, the complex building structure is not shown in a striking manner, but rather in a restrained one: a slight variation of the façade structure and horizontal cornice bands trace the interior structure of the house.

The cover strips of the painted wood paneling are painted in two colours. The front side is beige, the sides in red. This creates a surprise effect at second glance: The house changes ist color in movement and depending on the perspective – it changes from red to red-beige striped to beige.

The entrance is marked with an iconographically ambiguous wooden support - an element which, although load-bearing, primarily marks the entrance and the building's deliberately incomplete axis of symmetry. A radially structured, colourfully painted ceiling stretches over it, like a "follie" or a "carousel" inserted into the house. A recognition feature of the Kindergarten Zihlschlacht that - as we hope - will be imprinted in the collective consciousness of the children of Zihlschlacht - as a memory and as a piece of Heimat. 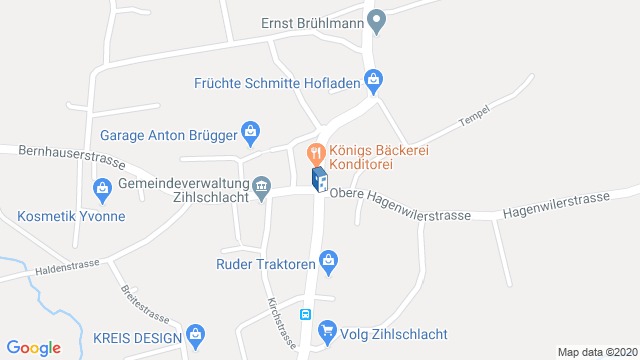 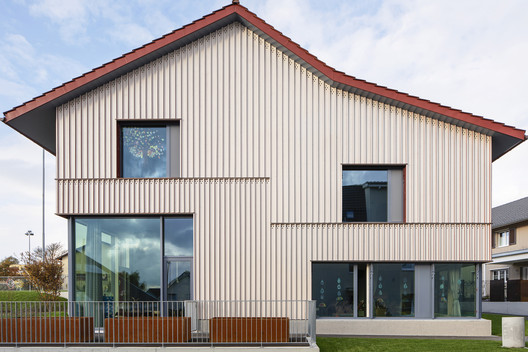