Save
House of Many Arches / 24d-studio (Fumio Hirakawa + Marina Topounova) 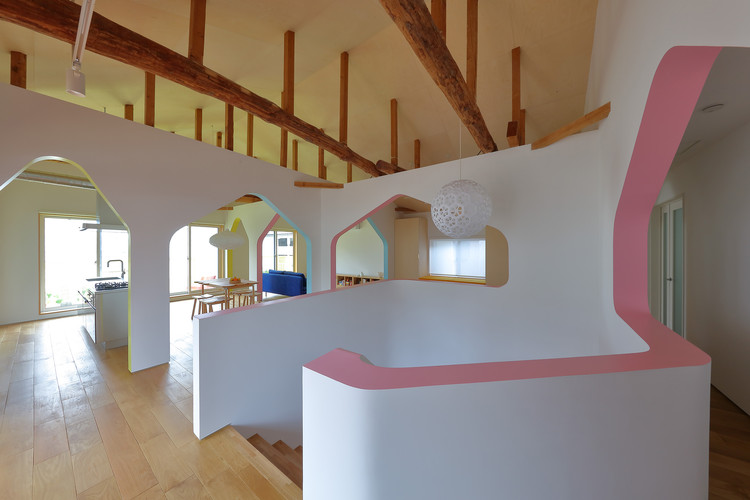 Text description provided by the architects. House of Many Arches is a gut renovation of a 35-year-old house in Kobe, Japan. Originally built with a function of four rentable apartment units and small office, the house went through a series of renovations after the Great Hanshin-Awaji Earthquake in 1995, transforming into a work-live space.

With the desire for more openness and comfort, the challenge of the project was to reconfigure the overall layout to provide a spacious work-live space with minimal compartmentalization to allow plenty of light and air throughout each space. Renovation efforts mainly focused on interior space with focus on structural and seismic reinforcement and improvement of climate control performance with upgrading of windows, doors and insulation systems. The key element of the project was the contemporary addition of structural arch walls. Each arch opening was strategically allocated throughout the spaces while providing an overall spatial fluidity across different rooms.

The wall is traditionally seen as a dividing element of the space, but with the arch walls, spaces flow onto each other, allowing the rooms to contract and expand without full separation. The spaces are easily adaptable to different daily tasks and functions. The previous first floor of the house had raised floor levels with the residential sector elevated on wood posts supported on its footings. To create connected studio and workshop areas and improve overall structural performance, stem wall foundation was converted to the mat foundation.

The entry to the studio begins with meeting space that is occasionally converted into a gallery showcasing studio’s lighting design products. Playful hexagonal windows separate meeting area from studio’s main workspace on one side and fat pink structural arch serving as display and storage niche on the other. Another pink arch with a built-in desk operates as more private work and reading area. Throughout the first floor, arch openings with painted intrados highlight different characters of the space revealing unique relationships with adjacent spaces without breaking the overall continuity of space.

The residential foyer is accessible from the back end of the studio through the yellow sliding door as well as from a separate entryway at the northern corridor outside. The stairwell acts as a connection between two floors, with its rail surfaces merging to the intrados of the second-floor arches. The much-needed natural light freely spills throughout second floor space due to the insertion of structural arch walls, which subdivide residential program without obscuring light and views. Previously hidden within dark attic space, but now revealed old architectural log beams add unique historic character with its outlandish presence.

Vivid colors of yellow and magenta were incorporated at two exterior balconies. These peculiar visual effects and their color luminance affect the exterior atmosphere and indirectly enhance the brightness of the interior space. While the exterior façade is simply finished with white paint, yellow railings around the balcony and their supporting structure add a touch of  top to the surrounding housescapes. An extraordinary moment in our everyday life, eventually turning into a new normal. 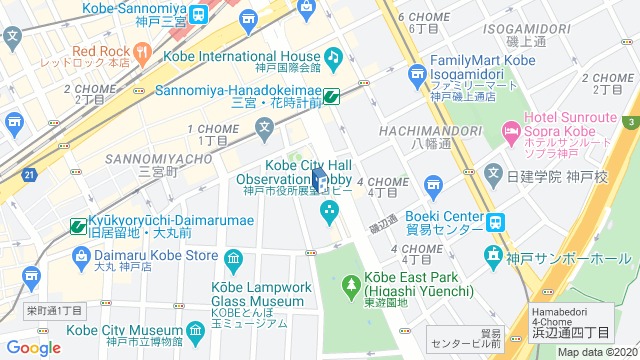