The largest fish market in the southern hemisphere, designed by 3XN, has received the final go-ahead from the NSW Government, paving the way for construction to begin within the next eight weeks. Part of the revitalization of Blackwattle Bay, in Sydney, Australia, the new 65,000 m2 Sydney Fish Market was envisioned as a major public and cultural destination. 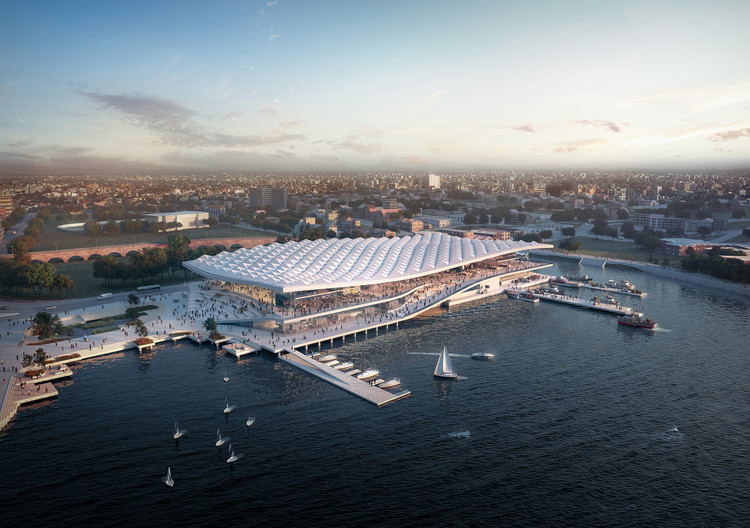 Approved through the NSW Government’s new Planning System Acceleration Program that is fast-tracking planning assessments, introduced as part of the governmental response to the COVID-19 pandemic, the new Sydney Fish Market is expected to open in 2024. Designed by 3XN in collaboration with local architect BVN, GXN Innovation, and landscape architect Aspect Studios, the project adds new qualities to Sydney’s public waterfront, by establishing a public connection to the water’s edge at Blackwattle Bay.

This building will serve many functions when it is completed: a vibrant fish market, an attractive amenity for the city, a cultural destination, an urban connector, and an inspiring icon along the world-renowned Sydney Harbour. -- Kim Herforth Nielsen, Founding Partner and Creative Director, 3XN.

Adaptable and programmed with various indoor and outdoor functionalities, the new fish market “was inspired by the traditional market archetype, which appears throughout history and across cultures”, integrating public accessibility with an operating harbor and wholesale market. Both a community and visitor destination, the new fish market “preserves the intimacy and flexibility of open-air stalls united under a single sweeping canopy that characterizes its iconic form”. In fact, the number of visitors is expected to double over the next 10 years, from three million to six million each year.

3XN approached this project with the specific goal of creating more than just a fish market; it is first and foremost a major cultural facility that enhances the existing market operations while creating generous public amenity to unlock the waterfront for Sydneysiders and visitors alike. Our design maximizes the potential of the shoreline and ensures that this valuable natural asset is accessible to everyone. -- Audun Opdal, Partner in Charge, 3XN Copenhagen.

With visual connection, at the core of 3XN’s concept, the ground floor hosts all the functions traditionally associated with fish markets, while an amphitheater staircase and foreshore promenade, allow visitors to appreciate the inner trade and operational functions, from a safe distance. A continuation of the surrounding landscape, the amphitheater staircases that lead from the plazas to the public market generates a foreshore promenade and connects the local neighborhood to the Central Business District and Woolloomooloo beyond.

The market is the social hub of cities around the world; it is generally comprised of a series of open-air stalls that are covered by a canopy and located in a large plaza. Preserving the authentic market feel is a key objective of this new building. The design focuses on maintaining a human scale with a true market atmosphere. -- Fred Holt, Partner in Charge, 3XN Sydney. 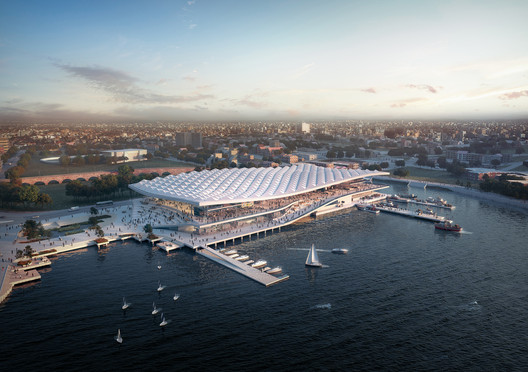