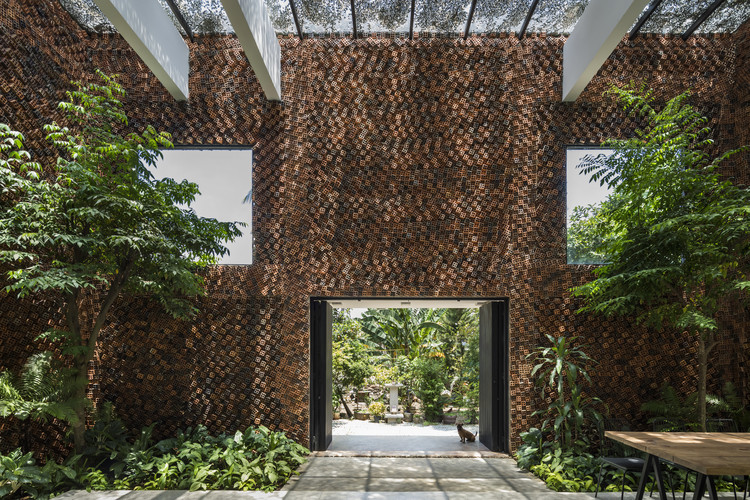 According to recently published scientific researches, indoor air quality is worse than outdoor air quality. Therefore, most of our discussions with the house owner tended to the idea of ​​a house which is able to 'breathe' 24/7 by itself. Through the process of working, the Wall house is shaped gradually:

A house is made up of eight separate spaces surrounded by ordinary walls. These eight blocks are interspersed and intersect at a common space, which is formed from 'breathing walls'. The 'breathing wall' consists of 2 elements:

. Open wall system is the first layer to prevent bad effects from the outside environment. This protection shell is made of hollow bricks which are lined up in the opposite direction with the conventional method of construction. With such arrangement, these hollow bricks create circulation of fresh air and natural light into the house.

. The garden space is a second layer to prevent the negative impact of the external environment on the living space inside.

These two protection layers is equivalent to a normal wall but still ensure the air and light circulation. 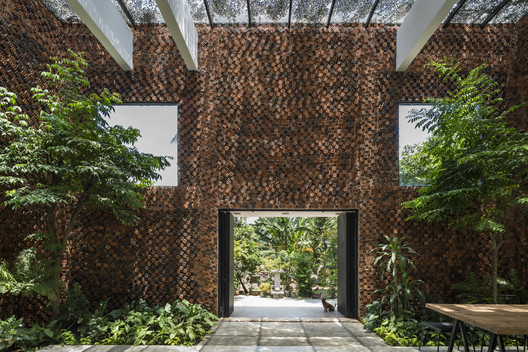