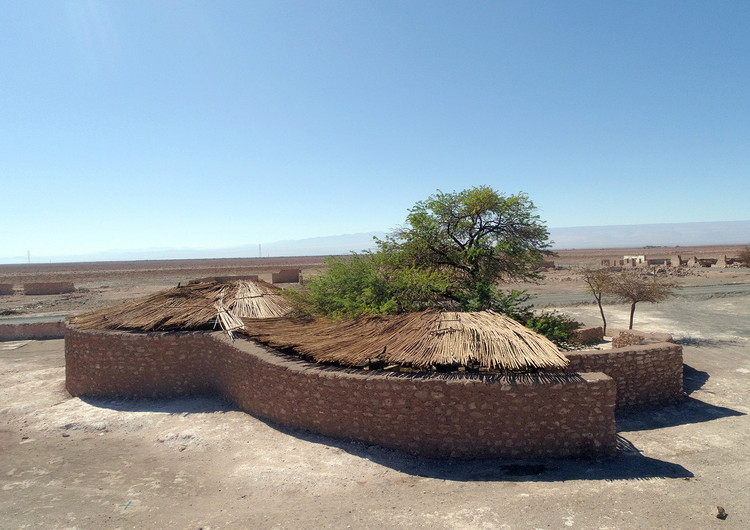 Text description provided by the architects. This work is located, crossing by the Pampa of "El Tamarugal" and in the middle of the driest desert in the world, as a support for the visitors of the Geoglyphs of "Pintados". These tourists, who are in transit, arrive at this place by train, vehicle, bicycle or other transpiration means.

The concept of the project is to generate a “Tambo”, sites that have been universally used as places which offer temporary services to travelers on the pilgrimage routes used since pre-Hispanic times.

The project embraces the only existing tree in the surrounding area, taking the highest standards of preservation in its execution not to intervene its roots and foliage. The shape of the "caliche", salt and earth walls which are self-contained in the same place of the work, makes them a integral part of the context, both on the inside and in the outside.

This space is part of a system that is activated as a result of the interaction between the local inhabitants of the territory and the transient visitors. 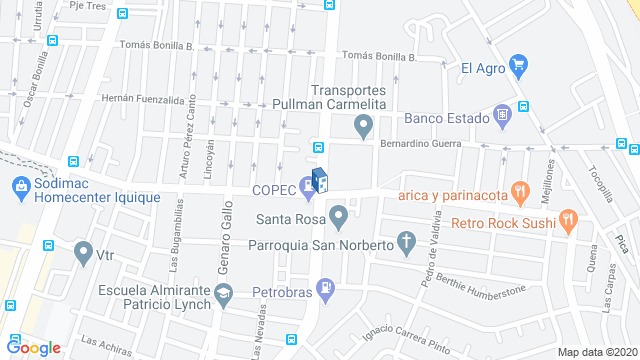 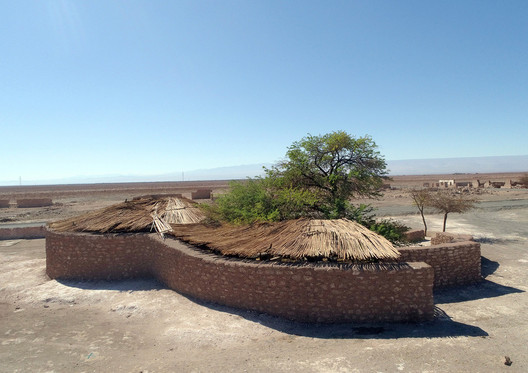