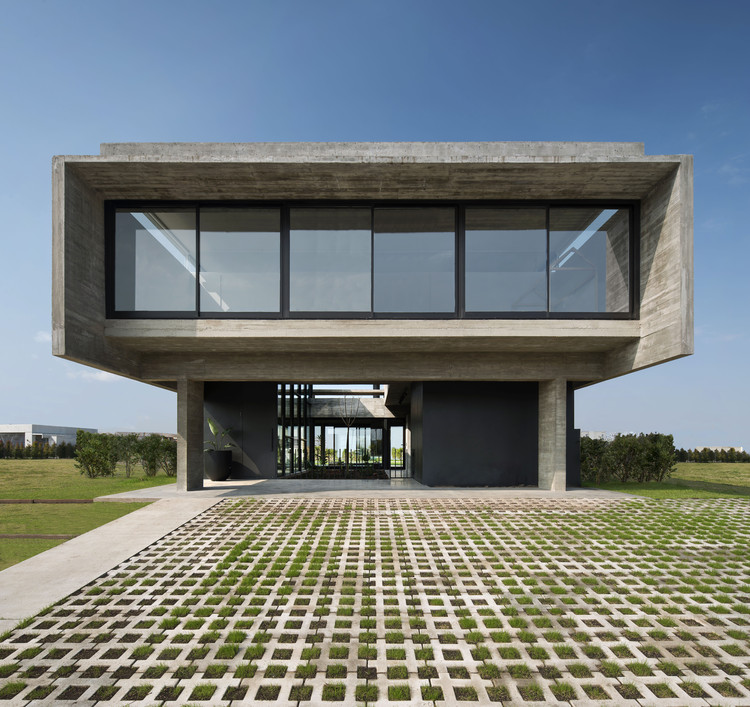 Text description provided by the architects. The project strategy consisted on breaking down the total volume of the house, in a way that none of the façades would express the total height of the building, to avoid showing a robust object. The proportions of a two-story building inside a short plot could cause the perception of a bulky and heavy volume. We could achieve this fragmentation through the distribution of the mass, alternating the filled spaces (covered) and void spaces (semi-covered). This avoids a compact look from the outside and instead creates an effect of permeability.

Since we knew that the ground floor would host little covered surface, we decided to lay it in such a way that it became visually open and free, with a predominant volume above it (the upper floor), which rises over the plot as a clean element standing on four concrete feet. Under the shadow of this floating prism is where all social activities of the house take place. The visual strategy consists on hiding the impact of the ground floor from the outside, that means the social area, entrance and laundry room. To camouflage these areas, we decided to use dark grey on all the ground floor partitions, except for the four concrete feet that hold the upper volume. Furthermore, the solid areas are visually hidden from the front by pulling back the entrance volume and the laundry room, positioning them behind a free semi-covered space for the car entrance. Then, a deep courtyard enlarges the distance between the social area and the street, turning it almost imperceptible.

Since there was not much green area in relation to the built surface that was needed for the house, and our intention was to generate an atmosphere inside the house that enhanced the contact with nature, we positioned the social area in direct relation with the garden and decided to place a large courtyard in the center, which structures the floor plan and allows the alternation between open and closed spaces. In this way, the exterior becomes present in every space in a controlled manner, still encouraging the feeling of shelter.

The top floor is approached through a double-height space that faces the courtyard through a full-height glazing. The two secondary bedrooms face towards the front of the house, while the corridor that connects them incorporates an integrated desk, which faces both the internal courtyard and the backyard. The main bedroom is positioned to the right of the courtyard and concludes in a large terrace that fits into the entire width of the plot. The pergola acts both as a shelter from the sunlight and it visually completes the floating volume, to make it look as a compact element.

The courtyard brings light and wideness to all the spaces, and the vegetation will give privacy and contribute to climate regulation once it is fully developed. 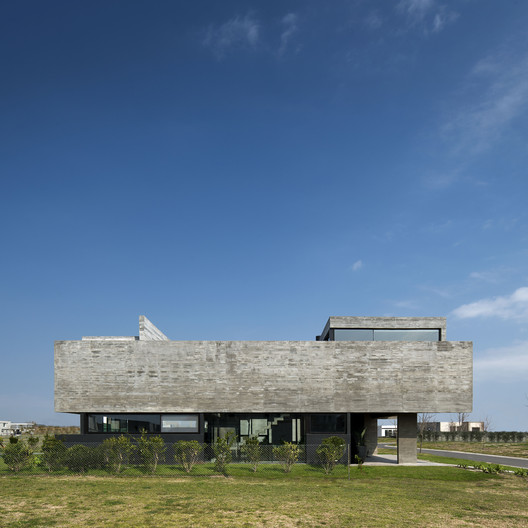 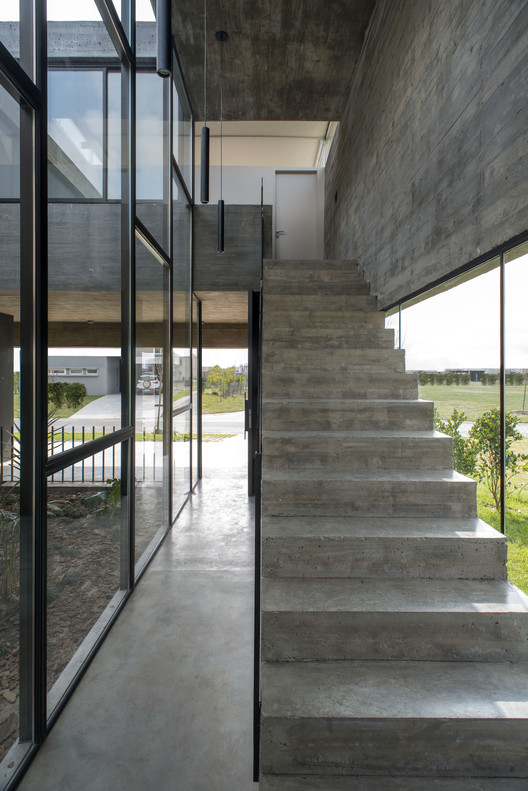