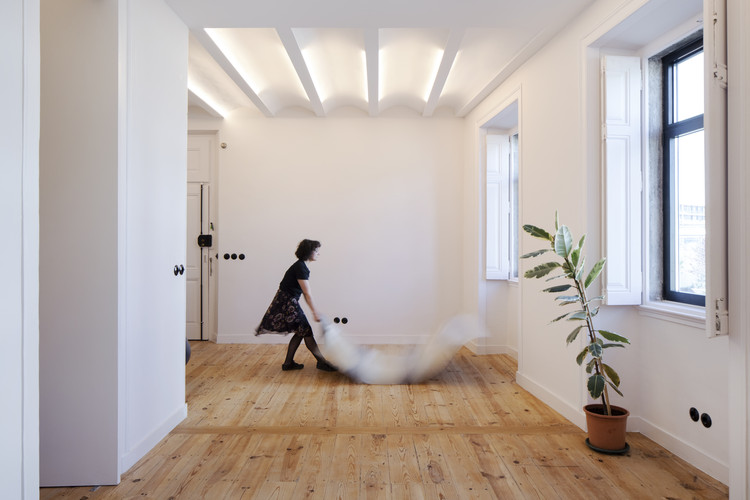 Text description provided by the architects. The Alcantara Apartment is a one-bedroom second floor apartment located in an early 20th-century building in Alcantara, a thriving and creative neighbourhood, home to co-working spaces and shops within former clothing factories and newspaper printing warehouses. The design strategy comprised enhancing the existing features and historical character, while resonating the industrial look, proper to its context, but which architectural added elements were designed for practical purposes and carefully adjusted to a contemporary context and demand. A second floor apartment, located in a building from Lisbon’s 20’s industrial neighbourhood of Alcantara, has been modified several times in the last century, leaving it in a very poor and bad repair state.

The proposal seeks to enhance the existing qualities of the apartment while resonating a few architectural features typically used in buildings of the that industrial period, such as vaulted ceilings found in the stairwell and bathroom areas. These have now been interpreted in a contemporary manner providing recessed lights bringing a warm feel yet celebrating its industrial legacy.

Social areas were heavily and generously designed to be fluid and inviting. Client wanted the apartment to be as fun and inviting as possible, considering the cool, young and hip area where it is located. The non-original PVC windows have been replaced by powder-coated aluminium slim-frame windows, white on the outside - matching the other windows in the building - and black mate inside, resembling those black painted windows that had been originally installed. These had to be extremely well insulated and sound proof. The artificial lighting placed across the vaulted ceilings was purposefully designed and placed to create a favourable and distinctive ambience within the cooking, dining and living areas. All lights are warm-white and dimmable and adjusted to meet those ambiances. The black finish extends to the light switches, water taps and some of the appliances.

The existing stone portal in the bathroom has been uncovered and restored, as well as all timber shutters and door frames. The latter have been painted in the same pantone as the walls as well as the new pivoting internal doors. Both bathroom floor and kitchen counter top are made of Lioz marble, making reference to the former Lioz marble quarry that existed in Alcantara in the medieval ages. Artwork, textiles and some furniture from local artists and designers were purposefully designed and created to the space. The apartment is located in one of the most thriving creative districts of Lisbon and the client wanted to extend the creative feeling into the space, from the architecture to the fine details and accessories. Furniture will follow the style and guidance set by the bespoke artwork. 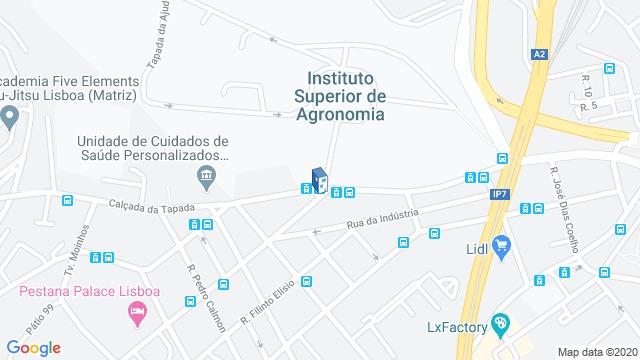