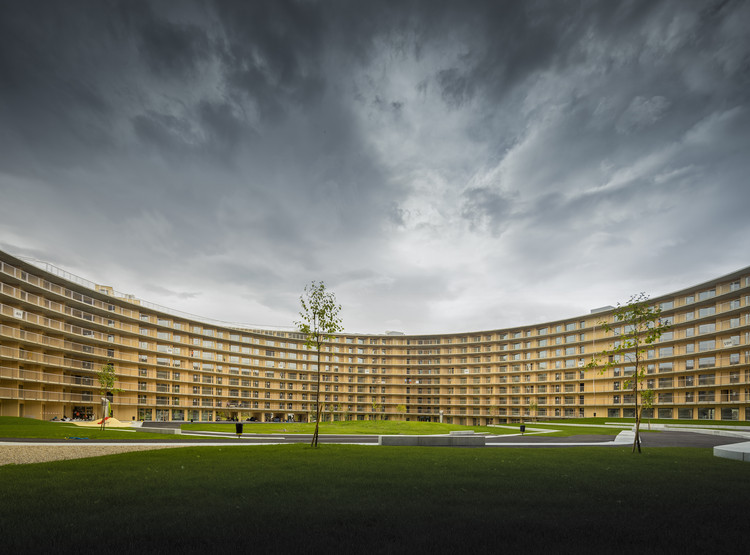 Text description provided by the architects. Located on the periphery of the University of Lausanne, the Vortex will house nearly 1,000 students and academic guests by the end of this summer. This iconic building was financed by the Caisse de pensions de l’Etat de Vaud and built by Losinger Marazzi, with IttenBrechbühl as an architectural director. The Vortex already welcomed the 1,800 athletes taking part in the Youth Olympic Games at Lausanne from 9 to 22 January 2020. «As soon as the client confirmed the contract placement, planning went into top gear and coordination was highly focused. We had 900 days to build 900 rooms.» (Guillaume Schobinger, project manager at IttenBrechbühl). Hosting the Youth Olympic Games gave a tremendous boost to the construction of this student accommodation facility.

The Vortex was a key selling point in the City of Lausanne’s bid to host the Games. Once the Olympic athletes had taken up residence in the Vortex last January, they were all gathered together on one single site for the first time in the history of the Games. The building’s unusual layout encouraged the various national teams to mingle with one another as athletes took advantage of the 2.8-kilometer spiral walkway to train on-site. In March, in response to the crisis linked to COVID-19, the Vortex complex was quickly made available by the Caisse de Pensions de l'Etat de Vaud to house medical personnel.

The system put in place was piloted by the Cantonal Management Staff (EMCC) and the Vaud Civil Protection (PCI) with the help and valuable experience of Youth Olympic Games, Retraites Populaires, and UNIL staff. This early summer sees the start of fit-out work on the ground floor and common areas to equip the building for its ultimate purpose; it will welcome the first students at the beginning of the academic year. The State of Vaud launched this project for a new building on the periphery of the University of Lausanne in response to the ever-increasing demand for university student accommodation on its territory.

«This circular building occupies a position at the center of the site. With its sleek lines, it can be perceived not only as an integral element of the overall environment but also as one building among several that will constitute the future University complex. This avoids the siloed ambiance of some modern neighborhoods where public spaces tend to be reduced to the minimum. And thanks to the new building’s impressive dimensions, it can be interpreted both as an addition to the University campus and as an element of the landscape in its own right.

The Vortex merges seamlessly into the environs of Chavannes-près-Renens and, more broadly, into the entire western sector of Lausanne.» (Jean-Pierre Dürig, the project designer) The Vortex combines many elements of the urban fabric in one single structure. With its circular design, the building functions as a landmark in the surrounding country towards which everything converges. With its accommodation units arrayed along a spiral ramp, it provides a setting where people can meet and interact. Its dimensions make it a dominant feature of the whole region, establishing a link between the city and its universities. 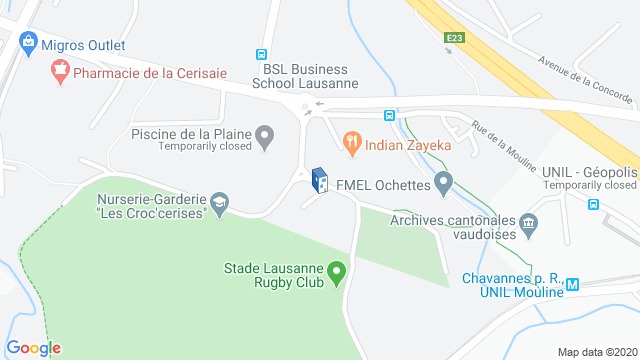 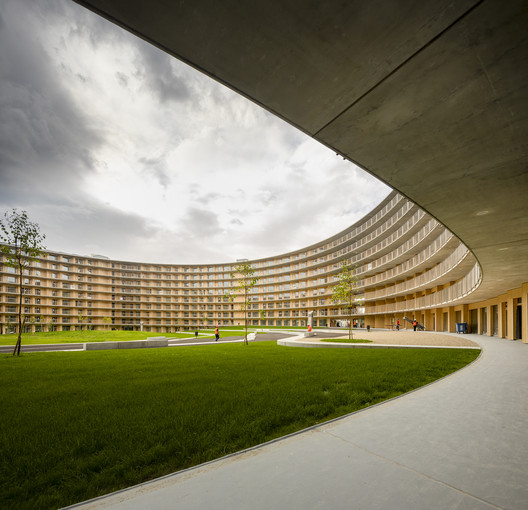 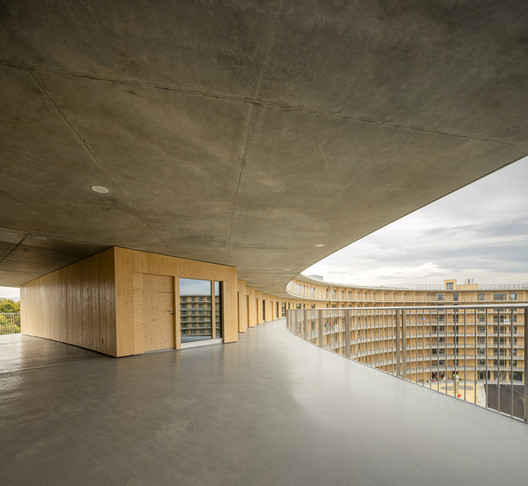 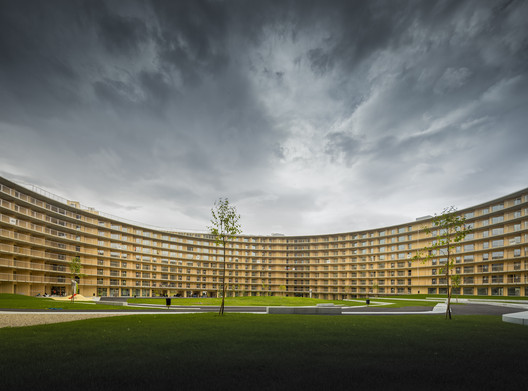