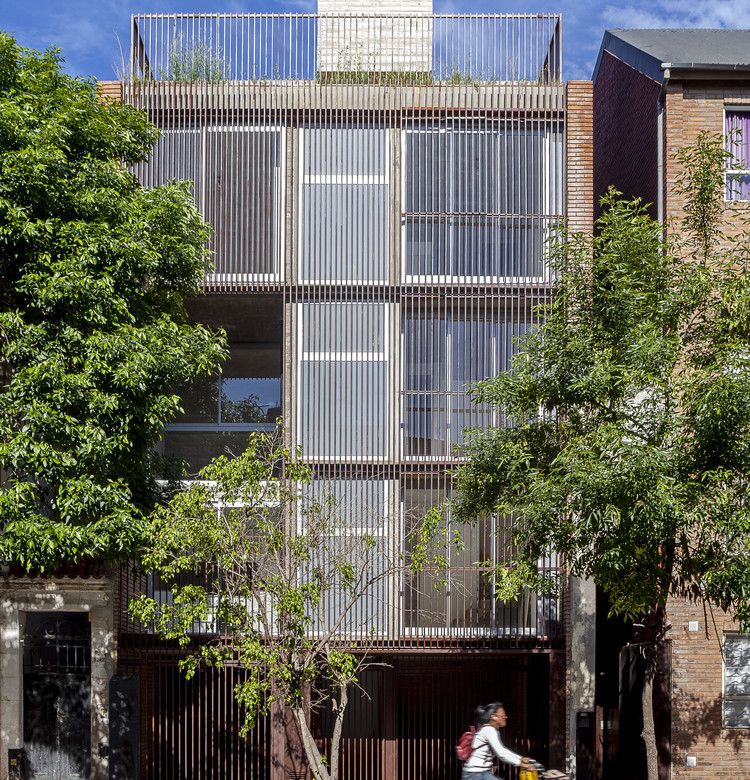 Text description provided by the architects. The Laprida Building is a small multi-family housing building developed in ground floor and three floors, located in a low-density neighborhood in the city of Rosario, the project is located between two plots of land which both are accessed by a corridor, which gives it a quasi-exempt characteristic, this situation gives the project a particularity within the normality of the urban fabric -which is given lot by lot between walls-.

Exploring this condition, the volume is concibed as a three-dimensional object which has all its faces seen, including the rooftops, contrary to what we are used to: projecting only the front and rear facades as planes.

From the use of skins and textures, different resources were proposed that surround the project in its entirety, dress it and give it its particularity, a skin that acts as a container, weft and parasol, composes the facades, contains the space and converts itself in protagonist of the language of the building.

Brick tiles cover the roofs making up a continuum between floors and walls, as well as wooden paneling and exposed concrete make up the interiors.

Materiality has a fundamental role as a compositional element of the project, generating a variety of textures that play with light and define different ways of perceiving spaces.

The building is conceived as a project thinked from the vivencial experience. The rupture of the standard plant it decontracts  and allows licenses that define the volume of the building. The variety of typologies in such a small building was proposed based on the intention of enriching the spatiality and variability of experiences. Each one will have a different experience depending on the space they inhabit. 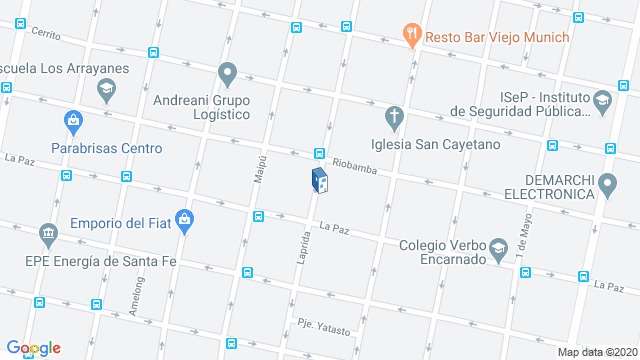 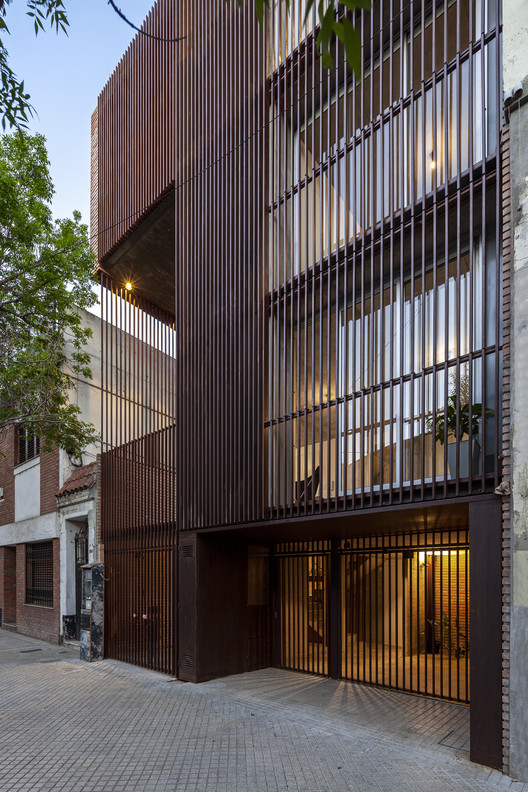 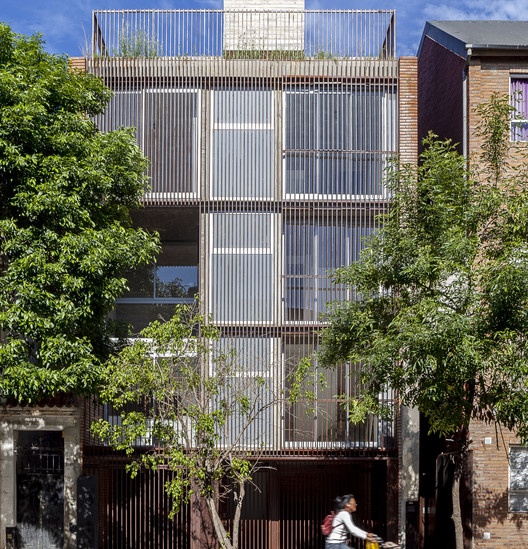