Rebelarchitette has created a new tool that aims to detox architecture from inequalities, an interactive public world map showcasing 732 outstanding women architects from all over the world. 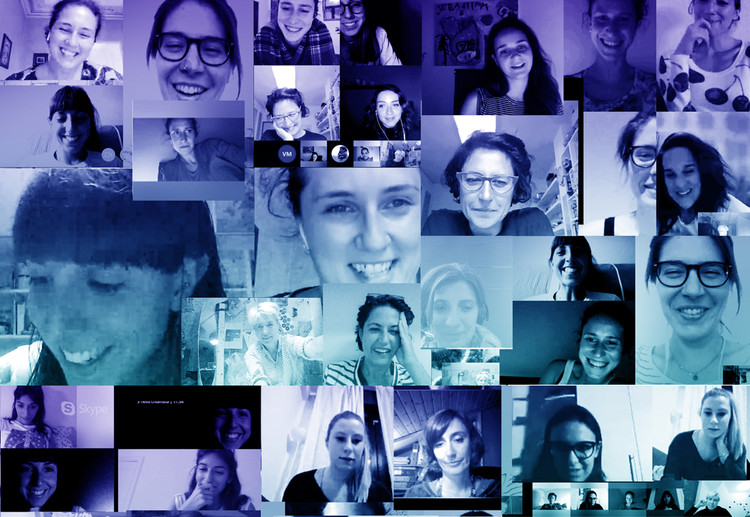 Released 2 years after the launch of their e-book Architette=Women Architects, RebelArchitette activists double their selection of outstanding female-driven studios, in an open, collaborative constantly updated platform.

WAW Map “offers an answer to the urgent need for diversity in the architecture field, a new tool that expands the book project launched in 2018”. Going beyond the #timefor50 #timeforequality campaign, advocating for equal participation of men and women in the public face of architecture, the new platform encourages collaboration versus competition, and richness in diversity.

"Architette": Bringing Value to Women Architects in Their Professional Field

The self-funded, independent project, developed by the young collective RebelArchitette, benefits today from the contribution of more than 40 international advisors belonging to the world of the profession, universities, research, curatorship. Created in Bergamo, Italy, this new database of worldwide contemporary, exceptional professionals aims to “encourage organizations, universities, institutions, and media to counter the prevalent, toxic, single-gender architecture landscape with a richer and more inclusive panorama”. Moreover, the initiative highlights emerging practices from the least exposed areas of the world. A deliberate plural act for an inclusive society of designers, the new directory depends on everyone to make the project grow.

We want to facilitate a brand new narrative of Architecture. During our two years research experience we have been exposed to amazing architects, who are delivering powerful, urgent messages in the building and design industry: new approaches, priorities, opportunities, languages, materials in such a critical and changing profession. […]In Italy, data on equality is discouraging. Here an overcrowded architecture field makes a harsh, competitive attitude mandatory. Boys clubs are still winning the game in the public face of architecture.

We need to give a better future to younger generations of students and discourage male-dominated literature and conferences resulting in a single-gender role model reference. We are pushing to have a social and cultural impact through a powerful, collaborative approach, which we are already experiencing with incredible international associations.

— Elena Fabrizi Co-curator of the project.