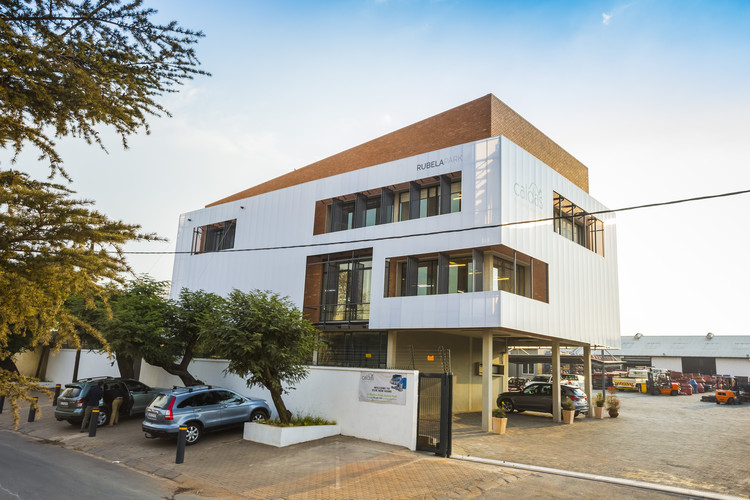 Text description provided by the architects. In mid-2015 AOJ was commissioned to design a new office building for Caldas Engineering, a supplier of crusher parts to the mining industry. The company had acquired a 4300m² rectangular property which had more yard space than their current premises (which they sorely required) but unfortunately did not have any quality office space on it.

The starting point for the design was to locate and size the new offices to maximize the yard space, while ensuring that the new building would have optimal solar orientation. This was a challenge as the access road on the east boundary and the orientation of the site (running length-ways east to west) meant that laying the building out for optimal north/solar exposure would impede on the yard space and reduce the street exposure of the building.

Two of the client’s major requests were to keep the design of the building cost effective and to minimize maintenance on the façade. To achieve this the new building is essentially an efficient rectangular face-brick box, with a raw industrial interior, embellished on the exterior by an external translucent polycarbonate screen. This screen moderates solar heat gain on the façades and also provides shape and interest to the form of the building. To take advantage of South Africa’s optimal solar conditions a photovoltaic (PV) solar plant is located on the roof of the building. PV electricity generation is ideal for offices as they are predominantly in use during the day, when electricity generation takes place.

A large mono-pitch roof harvests rainwater, stored in a sixty kilolitre tank above the ground floor boardroom. This water will be used for the flushing of toilets, irrigation of landscaping and the washing of vehicles. The building is laid out over three levels; a ground floor housing the reception, a boardroom, a meeting pod, an open plan sales office, covered parking and a garage; a mezzanine floor housing a staff lounge with kitchen, executive offices and an indoor planted area (to incorporate greenery into the building interior); and a first floor housing the administration offices. 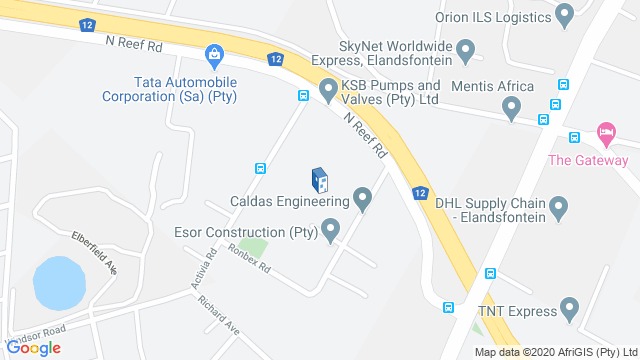