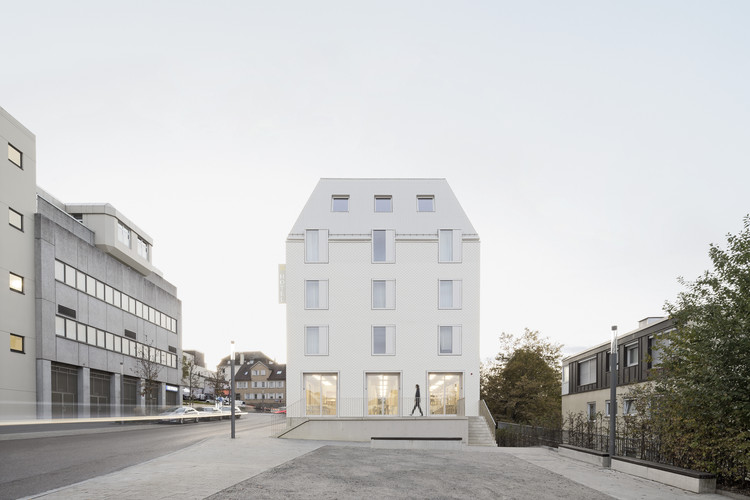 Text description provided by the architects. Hotel Bauhofstrasse is a consistent sustainable building with eyes on the future. Due to sensitive urban integration next to historic buildings the hotel contributes to the revitalization of the surrounding district. By choosing the trendsetting construction principle of wooden room modules it sets standards regarding ecology, efficiency, construction period and quality. The modules were produced in Austria, transported to Ludwigsburg and installed on site within five working days. The shingling with white Eternit plates does not reveal that this is a wooden building. The surfaces in the interior remain visible in their inherent construction and thus provoke a special atmosphere.

The four-storey building adopts the height of the directly neighbouring building, but initially appears as a white strange object. Bright, almost blinding, are facade and roof, the openings are executed as inserted, uprightly formatted boxes with fixed windows and white opening sashes. Facing north the house which is dug into the slope disposes of one floor more because of the inclined topography. The shingling with white fibre cement plates does not give the slightest hint that this is a wooden building.

Towards the city terrace bistro and bar area are located, followed by reception and rooms for office and administration as well as baggage storage rooms. Here the architects themselves have designed both bar and counters as well as the tables and had them manufactured from solid ash wood by local craftsmen. The solid parquet flooring is made of the same wood, too. This spatial quality resulting from the material is also to be seen on the other floors. In the basement, apart from three rooms facing north down the slope, there are rooms necessary for waste disposal, bicycle rental, staff entrance and laundry service and delivery, all serving the hotel business and accessible through a ramp, detached from the main entrance. Together with the ground floor this floor functions as a sort of supporting table for the other floors which have been realized by means of prefabricated wooden modules.

These fully equipped room modules made from local wood and produced in Vorarlberg / Austria were transported to Ludwigsburg and installed on the spot within five working days. The walls, floors and ceilings of the hotel rooms were assembled to container-like modules in the factory from cross-laminated timber which had been computer-controlled cut. The concrete staircase stiffens the building. Both in the staircase and in the rooms, the surfaces remain visible in their inherent construction: fair-faced concrete and painted metal on the one hand, beech wood and natural fabrics on the other one. In total 440 cubic meters of wood were used thus permanently extracting a total of 880 tons of CO2 through storage and substitution effects. The use of the CO2-intensive material concrete is compensated for by the wood used: the result is a CO2-neutral building. 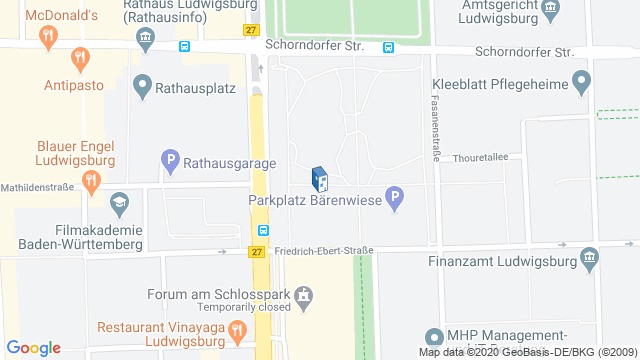 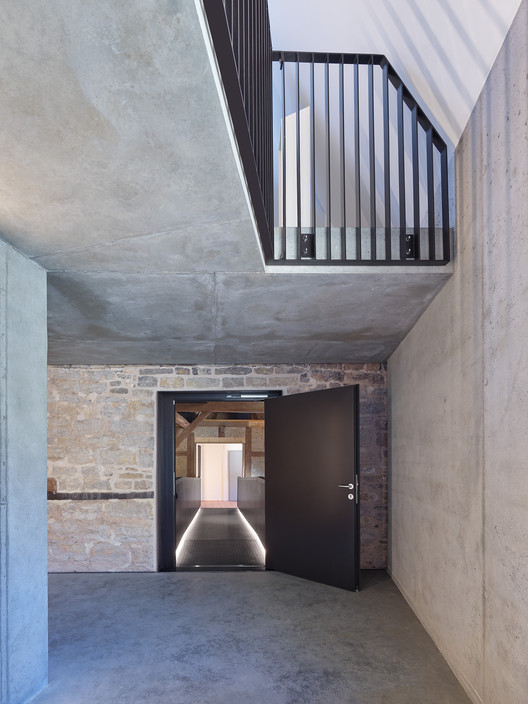 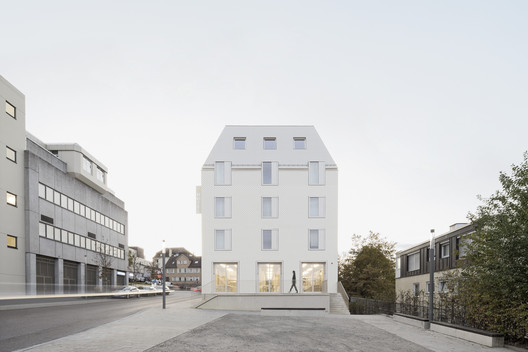