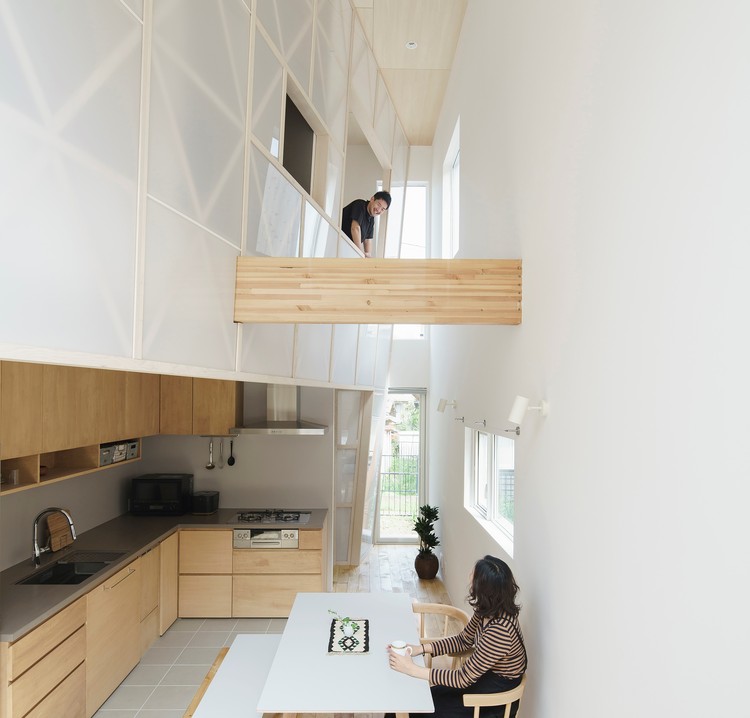 Text description provided by the architects. A small wooden house for a couple in Hayama, Japan where is surrounded by a rich natural environment. The project was developed in collaboration with ENJOYWORKS, which develops its own construction method for housing. Users can plan inside the timber structure box freely. Based on that condition, we deepened our thinking of partition within the outline determined by the required number of square meters.

This brought us to the concept of inserting a 'curtain' - curved surface - in contrast to a simple box. The ‘curtain’, which is made of acrylic panels and hemlock grids, crosses the north and south and tilts the upper end slightly. So that the first floor centered on the atrium and the second floor, which is a continuation of small rooms, make the sense of distance closer while gently dividing. In addition, openings were provided at certain points so that people can actually see and feel each other. The ‘curtain’ is a clean white surface during the day but lights up the whole house like a lantern at night. It becomes an important element of this house, which produces a whole house in various ways throughout a day.

The surrounding environment also inspired us about the layout of openings. The site faces a retaining wall on the south while there is the landscape of mountains on the north. We tried to maximize this uniqueness of this site for the design. So we simply layout main openings on the south side and the north side alongside the ‘Curtain’. People can feel the atrium as a part of nature in a sense.

Technically, we utilized computational technique to design lighting, relationship between rooms, and the inclination or squeezing of walls etc. So that we could work with constructors quite efficiently in terms of sharing information about size of components for example. We focused on having a delicacy to materialize as fine concept as possible with very simple design methods. 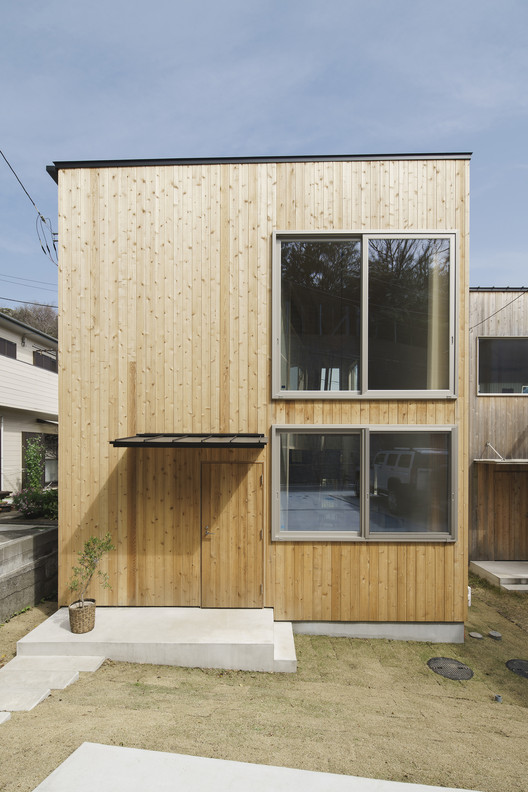 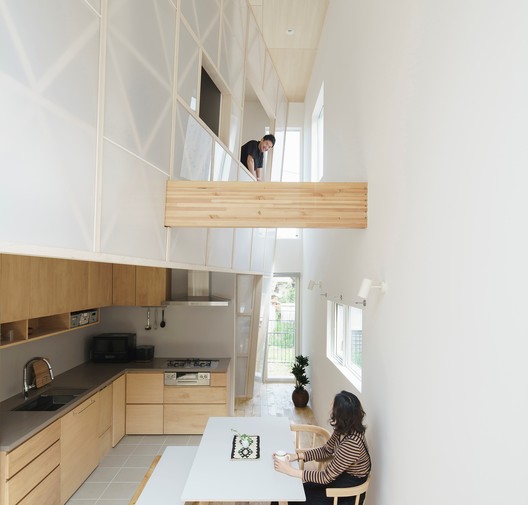