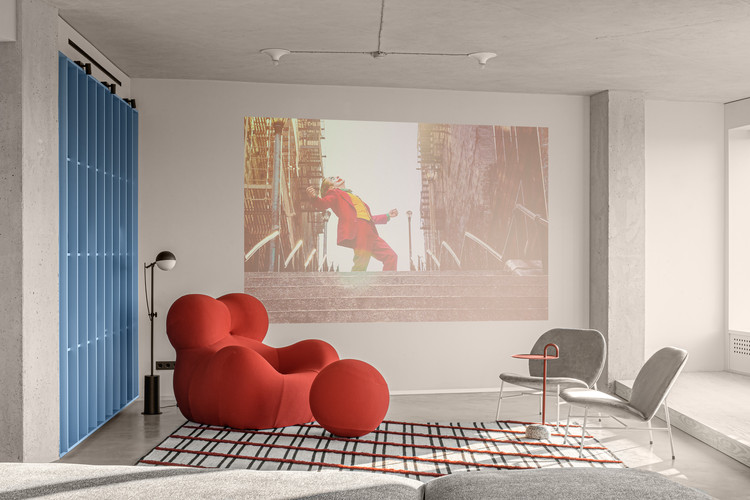 Text description provided by the architects. Radial walls - the feature of this apartment in a new residential complex in the center of Kyiv. The custom layout of the space created certain difficulties. But at the same time, it caused us professional excitement. The customer dreamed of modern, functional living space. Comfortable and with bright accents but at the same time not dry and strict. Standard techniques did not work here because of the complex geometry, although the total area of space is quite large - 207 square meters. That's why each solution was developed individually.

The layout of the apartment is part of a circle divided into sections. We combined several sections into a living-dining room-kitchen-hallway. In the next room, there is a bedroom, in which there are two entrances: from the main corridor and the dining area. Another section was used for the dressing room with a make-up area by the window, two terracotta wardrobes, an island chest of drawers, and a case made according to our sketches. Part of the walls was replaced with glass partitions with integrated doors to increase the illumination of dark areas. That’s gives an opportunity for daylight to reach the most remote corners of the apartment.

The master's bathroom also was placed behind such a partition. Based on the principles of minimalism, we deliberately hid all nonessentials. For example, storage panels and an electric panel were hidden behind the panels at the entrance to the apartment. We organized several hidden areas to relieve the main space from cupboards and household items not of prime necessity. We organized additional dressing rooms, a laundry room, and a guest bathroom. Even TVs were refused. Instead, projectors are used in the apartment, and the walls of the bedroom and living room serve as screens for projecting images and videos.

The profession of the client obliged us to pay special attention to the kitchen. The Big kitchen island was conceived as a place for meeting friends and cooking together. Its tabletop is covered with terracotta Mutina tiles. In the main kitchen, we abandoned the upper cabinets, moving the storage place for dishes to the lower units. All cabinet furniture for this object is made according to our sketches. The decoration concept is to preserve the exposed concrete of columns and ceiling, which we covered with translucent varnish. With the visually corresponds micro cement floor. We wanted to avoid boiling white colour. Therefore, the walls have a warm beige hue. Terracotta kitchen, sky blue dining table, and green bedside table set color accents in space. Space turned out to be quite cozy, despite the strict forms and a minimum of furnishings. 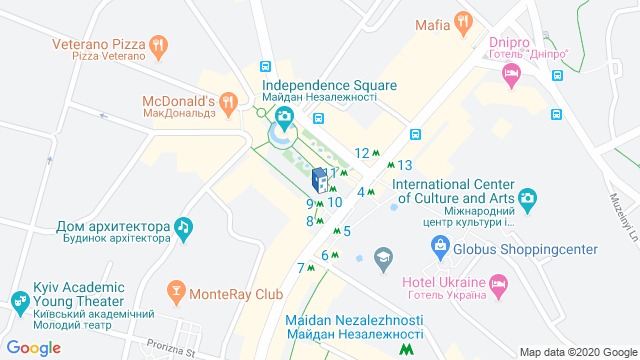 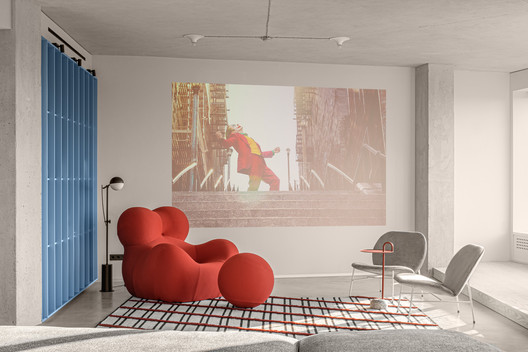