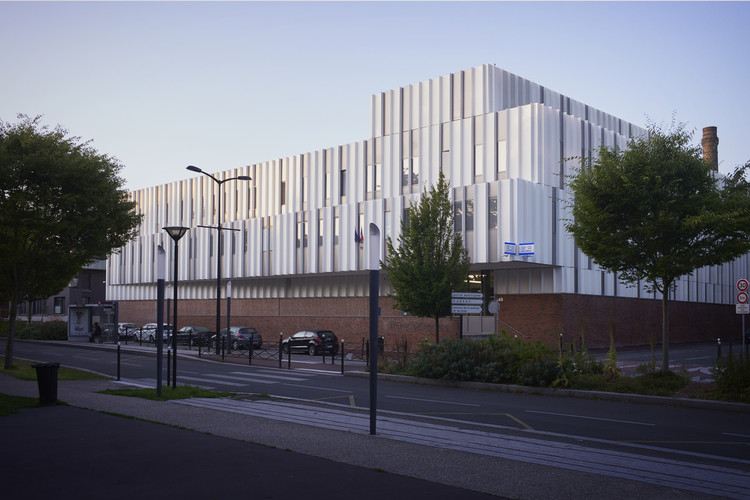 Text description provided by the architects. A compact and unitary figure, the new Tourcoing Police Hotel strives to combine three inseparable challenges: to translate the republican idea and represent authority, to secure and reassure a sometimes fragile public, and to offer comfortable and safe working conditions to police officers.

A corner building and an architectural sign, the new Tourcoing Police Headquarters is turned towards the city. Carefully composed of simple and modular geometrical forms, it is perceived as a sculpted, homogeneous, and refined building. Its unitary materiality and its sober volumetry constitute, with the factory chimney preserved, a real urban landmark legible and attractive. Its coherence and image clearly express its status as an institutional building, while renewing the image of the Police station. It affirms the importance of its status as a museum or cultural facility.

The project consists of a square figure aligned on the public roads and closed on the service courtyard. The hall naturally fits into the corner of the ground floor in the extension of the raised forecourt, facing the Parc Clémenceau.

Wrapped on all sides in white metal cladding made up of modular panels punctuated by thin slats, the building rests on a brick base that manages the difference in height of the plot and echoes the culture of Northern France.

The composition underlines by its materiality its contemporary character anchored in a place steeped in history. 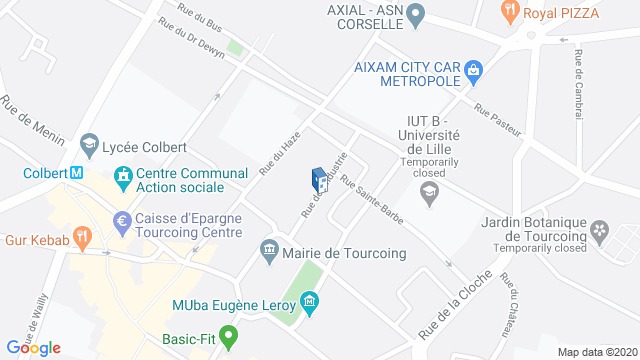 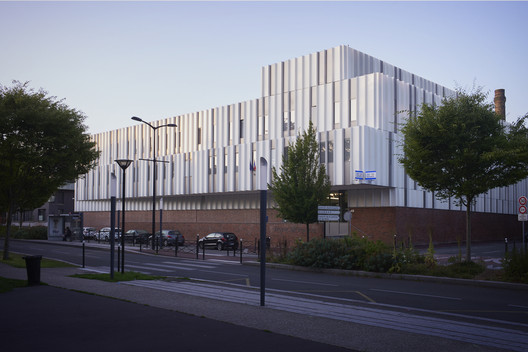