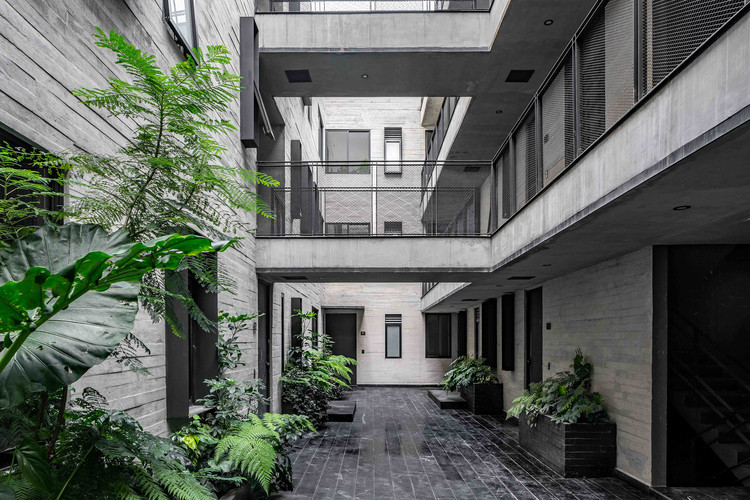 Text description provided by the architects. Tlacotalpan 89 arises from the merging of two properties of approximately 475m2, in the Roma Sur neighbourhood. Its location is essential both regarding mobility and in its architectural analysis, due to the real estate growth in the region, and the demand surrounding the design proposal. On the other hand, when two properties merged, the project generated the facility to carry out different configurations for the apartments, outdoor spaces, parking lots and public areas.

The project consists of the development of nineteen apartments, with an outdoor area of ​​20% and a building height three floors lower than the regulations require. The architectural proposal was based on three fundamental points:

1. To generate optimal ventilation and natural lighting in all living spaces.

2. To take full advantage of the outdoor area.

3. To highlight the distribution of the apartments in terms of functionality, as well as in prototypes suitable for the needs of the users.

Throughout the creative process, various options of distribution were generated to capture a greater diversity of users, the apartments ranging between 70 and 125m2. In this way, seven apartments were obtained on the ground floor, all with an open space such as a terrace or balcony and with the service areas directed towards the central courtyard. On the second floor, six apartments, two larger ones at the rear and all with outdoor spaces for private use. Finally, the third floor has six apartments with very similar distributions as the ones on the second floor, but each with direct access to a private space on the rooftop.

A fundamental part of the project is the design of a large central courtyard where the accesses to all the apartments are distributed and which also serves as a recreational space in which the treatment of materials in conjunction with the landscaping stands out. A very pleasant route to enter each of the apartments is perceived through the courtyard and various internal bridges. In addition, the project includes space for common areas on the rooftop with amenities such as a jacuzzi, a common kitchen and a recreational area.

The use of bare concrete is highlighted, unfolding from the main facade to the central courtyard, generating a communication of elements between the exterior and interior of the complex. The project is based on the use of few materials, most of them natural and timeless, such as bricks, stone, metal and concrete.

Both the pedestrian and the vehicular access to the building are located half a floor below the sidewalk. This level has a lobby large enough for welcoming the residents into the building complex, a guardhouse, a service bathroom, a cellar, a machine room and the core of the vertical circulation. The parking area is located on the same level, characterized by being very spacious, with a minimum of two units per apartment, private warehouses and services. 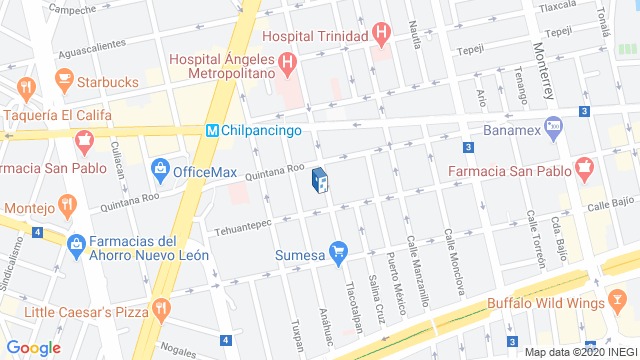 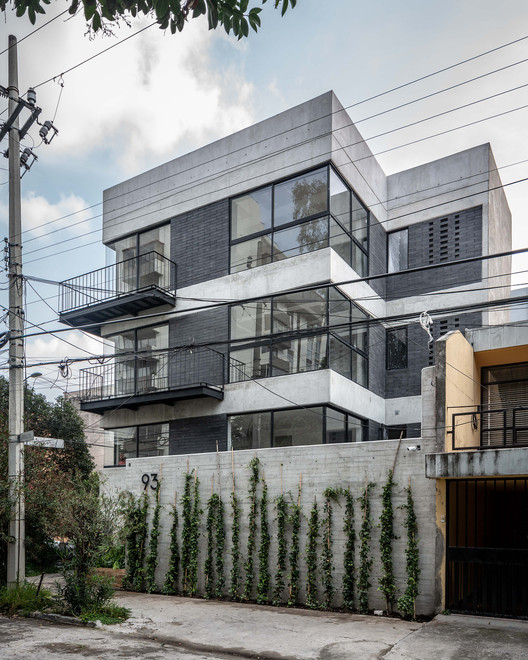