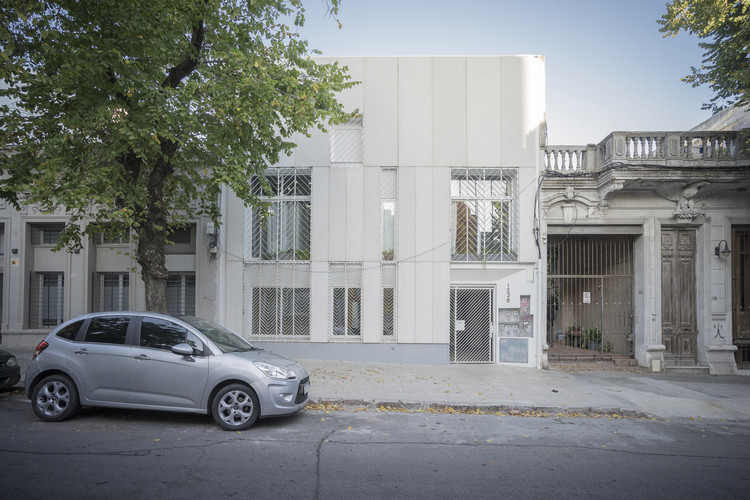 Text description provided by the architects. A transformation of a large patio house into seven individual apartments. The original house belonging to the beginning of the century, had been already renovated before, having the particularity of a very extensive service ground floor, and an upper level of housing very high, enough for making seven units on the lot.

The biggest intervention was to open a large void (patio) that divided the building into two large volumes that were connected through a bridge, taking use of the original staircase and corridors of the existing house. A new folded iron stair is added for reaching the roof level, going through the original void of the skylight.

All apartments have double East-West orientation, having terraces, patios or balconies, depending its location. On the ground floor you can find three apartments of one level, and on the upper floor four duplex apartments.

The general identity of the complex triggers from the coexistence of the original structure and the new steel structures that form the mezzanines, stairs, railings, bars and a new ventilated facade.

The facade develops in an incremental system, in order to resolve the privacy of the ground floor that´s connected to the street, towards the highest and most intimate sector in the upper level. The adopted design is a chevron pattern that alternates fills, voids and filters that conform a large plane of variable perception. Both in its tonality, shades or transparency, the GRC panels and the steelwork generate a different effect depending on the sunlight and the position in which it is observed. 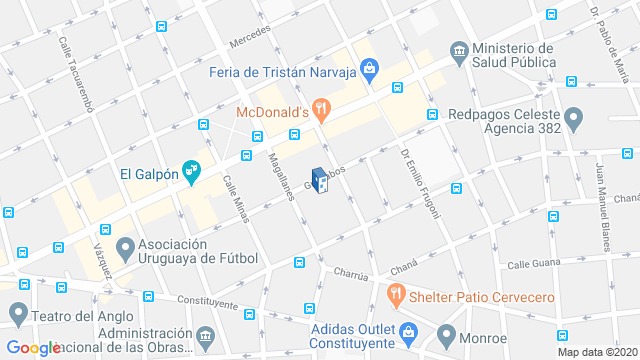