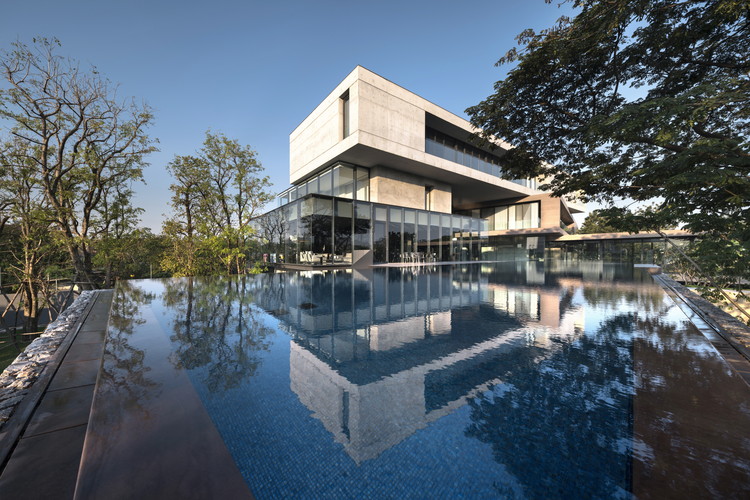 Text description provided by the architects. This geometric dwelling is situated amidst big rain trees either inside or outside the boundary, in a suburban area of Bangkok. Although, the location is near the urban fabric such as transport connections, it is still a friendly and peaceful neighborhood as well as a good natural environment. There are three different functions consisting of a main house, a glass pavilion and an exercise complex which are delicately organized in this charismatic setting.

Sometimes, an inspired concept would not be necessarily derived from the physical perception, similar to this residence, it is generated by an emotional experience of “the moment and interpretation of movement” which the architect gained during the initial site investigation. Therefore, the title “Twisted” is firstly based on a walk through pattern of winding and swing movements of the big rain trees. This site observation could also remind us of a “Mission” to preserve this unique existing condition without much disturbing it.

As mentioned earlier, the most difficult task is to preserve all of them. Although we had done our best with various alternatives, it was hard to get a suitable layout that met our vastly complicated requirements. They would make the building much larger. Hence, we finally had to cut them. At the same position towards the back of the plot of land, the one that was eliminated is a nostalgic metaphor of the main circulation of the house which is similar to the core of a big tree.

The round shape perfectly performed as a main circulation core, sculpture-like spiral staircase. The geometry on the second floor, public space such as family living, dining and pantry spaces, is perpendicularly “twisted” and turned around the same as a “clockwise movement” in order to keep away from the other existing big trees in front of the house. 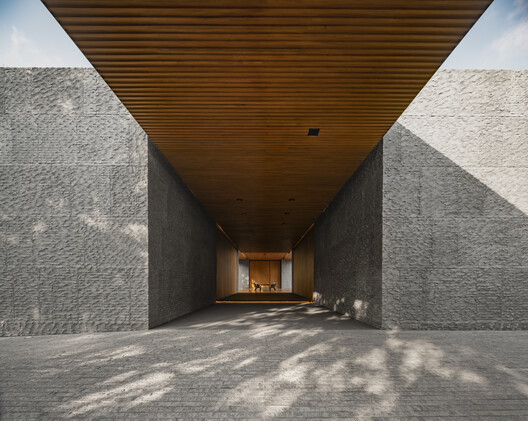 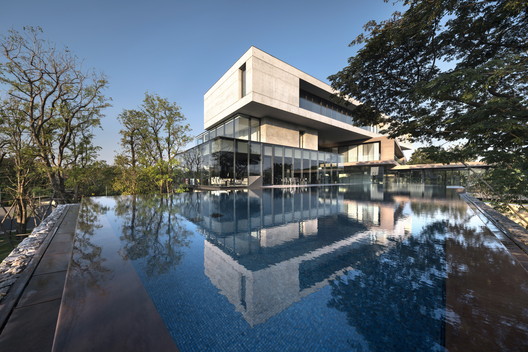