Save
Possibilities of Forms for Molding Exposed Concrete
Share
Or
Copy 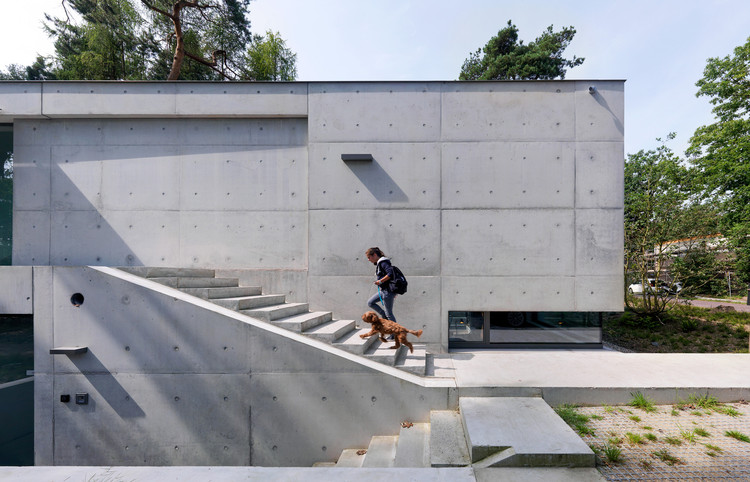 Zumthor is a genius in his use of concrete, but architects' fascination with exposed concrete is not new and it looks like it won't end anytime soon. The material is a fluid mixture of cement, sand, gravel and water, it can receive other secondary components, and it accepts and takes the form of the volume in which it was dumped. Thus, it shows, as an impression, the surface of where it was contained.

When choosing such a surface for exposed concrete, the formwork used has the greatest impact on the final product. For this, there is a world of possibilities ranging from wooden boards to modular metallic forms, which provide surfaces ranging from rustic to very smooth. In theory, any impermeable surface can be a shape. A door, a piece of tile, and even sturdy fabrics and light molds can do. However, in addition to the desired aesthetics, it is important to consider sustainability issues and cost when choosing the ideal form for each situation. Below are the main types of concrete forms most often used for exposed surfaces:

Wood is the most common and inexpensive material for smaller scale works. These forms can be made with planks or plywood sheets. In the case of planks, the dimensions and choice of wood can create quite different patterns. Those with more or less knots and imperfections will make a significant difference in the final result.

When opting for sheets, the most commonly used ones are plasticized sheets, which result in a better texture for the exposed surface after the concrete hardens.

A major disadvantage to this material is that the wood can be reused only a limited number of times. Generally, the planks cannot be reused more than three times and the plastic sheets, three to four times. The application of release agents increases the possibility of reuse.

Because they are much more expensive and provide almost unlimited reuse, metal forms are usually rented. A great advantage to this material is that the steel forms are assembled and disassembled very quickly and provide a highly smooth surface for the structure. An important characteristic, which is generally deemed aesthetically admissible, are the regularly spaced holes, which are nothing more than the form's fixation to its shoring.

Until some time ago, if an architect opted for round section pillars, achieving this shape would have been a huge headache for the carpenter responsible for creating the wooden forms. The shape of the round section was generally assembled from several small straight segments (planks). In contrast, cardboard forms allow for easy pouring of tubular elements. Despite being made of cardboard, this type of form has a resistance similar to that of wood, and does not present problems with the moisture present in the concrete mix if it is properly cured. After the concrete hardens, the form is discarded, serving only one use.

Plastic forms are generally used in ribbed slabs. They guarantee a very smooth surface, good tightness, and geometric perfection of the structural elements, in addition to good resistance. Another great benefit is their reuse, as they can be reused countless times.

As already mentioned, making a decision on which forms of concrete to use will depend on several factors, which should be determined by the architects together with those responsible for the structural design. In addition to the dimensions having to be adapted to standard modulations for certain types of shapes, it is important to consider whether the type of shape is suitable for the dimensions of the pieces, the weight of the structure, and the pressure that the concrete will make on its walls. Adequate shapes must guarantee the maintenance of the part geometry, keep the position of the hardware and parts, and support the great weight of fresh concrete. Before pouring, the molds need to be clean and moist, and it is always prudent to check that they are well locked and propped to get the expected result without unpleasant surprises. 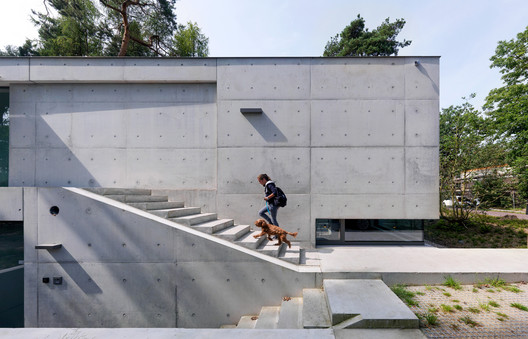