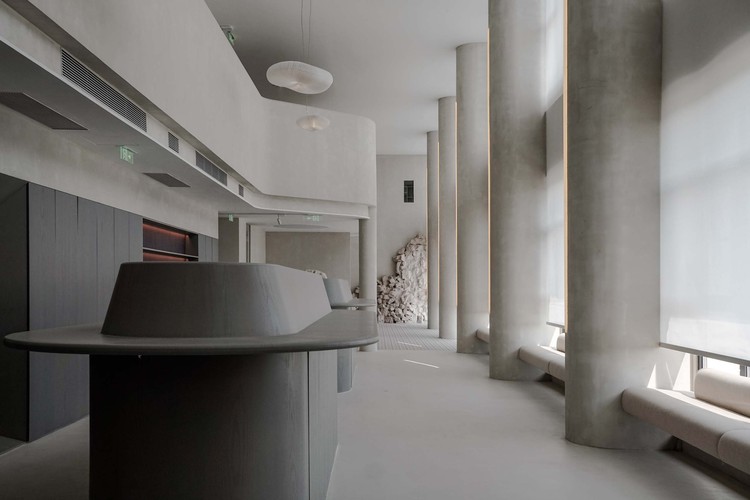 Text description provided by the architects. The interior design of Fnji’s new office had undergone four months of revisions and optimizations before it was finished. FNJIer were all pleasantly surprised by the “new home” when the long list of requirements and expectations were met one by one. Though nearly three months have passed since the construction was completed, we are not in a hurry to publicize or to "define" the new office. We want everyone working in Fnji to be here and interact with the environment, so that the space would become a new office really belonging to Fnji.

The new headquarters of Fnji is located on the top floor of Qianlima International Building in Shunyi, Beijing. The 7-meter-high space allows the design of an ideal office come true. It was transformed by our designers into a two-story loft, with more than ten relatively independent office and meeting areas, as well as areas for dining, resting, exercising, and animal “zoo”, and a staircase meeting room with the capacity of 80 people (we prefer to call it a “mini theater”). Such a division of various functional areas permits us to strike a balance between work and leisure. Its aesthetics of movie scenes also makes the space perfectly take on the role of Fnji’s headquarters.

Naturalistic Futurism
The sense of nature
Born in nature, Fnji values everything that originates in nature. Floor-to-ceiling windows of several meters, combination of various plants, harmonious transformation of multi-dimensional curved surface, all these natural elements have constituted the space. It is the combination of all rather any particular material or parts that creates such a harmonious spacial atmosphere.A highly tense office is not conducive for ideas creation. What Fnji wants is a free and efficient space which is full of vigor and vitality.

The sense of future
While keeping close to nature, we are also eager to maintain the futuristic aesthetics in our office. "People usually don't know their needs until these needs are met by designs." We relentlessly pursue advanced design, and such an insistence makes Fnji remain vital in surging waves of the time. Unlike the field of science and technology, rather than presenting futurism with metal and distance, Fnji would prefer an office environment with warmth and emotion which could boost efficiency. Inspired from the movie "Her" and the British drama "Black Mirror", Fnji's designers embodied futurism in warmth and eventually created such space.

Light and shadow can easily change people's feelings about the environment. The south-facing floor-to-ceiling windows allow sunlight to flood every corner of the hall benevolently during the day. Welcomed by the bright morning light, everyone working in Fnji starts a vibrant day as soon as entering the office. We intentionally let in as much sunlight as possible, and the same time avoid too strong light. The semi-transparent curtains thus serve as light diffusers on the south wall. Softened by the curtains, sunlight then strolls into the room gently. The circular support column blurs the edges of the light passing by it. Fnji would reject distinct boundaries used by artificial and unnatural objects. Instead, we prefer visible magic: the soft light and shadow make things seem to be "connected together" and present a surreal visual experience.

In the lobby on the first floor, there are two plant areas. Around the plant areas is the dining hall. At noon, people sit around the plants and enjoy lunch. Koala gray dining chairs match well the table of the same color scheme. Seated on the north of the plants, we can feel dappled sunlight shed through the plants’ stems. Dining under the plants seems to be in the scene where Theodore dined outdoors in "Her".

The spiral staircase is located on the west side of the lobby on the first floor. The transformation of multi-dimensional curved surfaces gives vitality to the whole space. Fnji is fascinated by the curve that belongs to God and wants to have more connection with nature. The arc-shaped handrail invites people to touch it and the natural texture of the wall shows the features of clay.

Fnji thinks highly of diversify in the office. The staircase meeting room with a capacity of 80 people is equipped with 7.1-channel 3D surround audio equipment, a large movie screen, and Epson's projection. Its effect is as impressive as a professional movie theater.

A large area of a single tone is inevitably boring. The relaxation area on the second floor thus uses orange sofas as a jump in space tones. The overall atmosphere of the environment will not be broken by the contrast of colors; instead, the whole area becomes more lovely. Just like the hero Theodore in "Her" prefers a bright shirt, people always look forward to surprise in dailylife.

The designers use light films on the ceiling of both the second floor and the entrance. By turning the point light into a soft area light, it simulates the effect of sunlight penetrating the roof. The light arranged in blocks can be found in "Her" and "Black Mirror". Uncommon in daily life, such a lighting mode adds a touch of futurism to the space.

Guqi named the meeting room on the second floor "Viewing the East". The window of the meeting room faces east and the dividing line between day and night can be seen at sunrise. Higher than the nearby buildings, the meeting room enables people to enjoy a broader view, who will inevitably get fascinated by the scenery outside the window.

While valuing people’s transformation of environment, we have never underestimated the impacts of environment on people. As Guqi stated, "Regulations may not be able to change people, but the environment does." 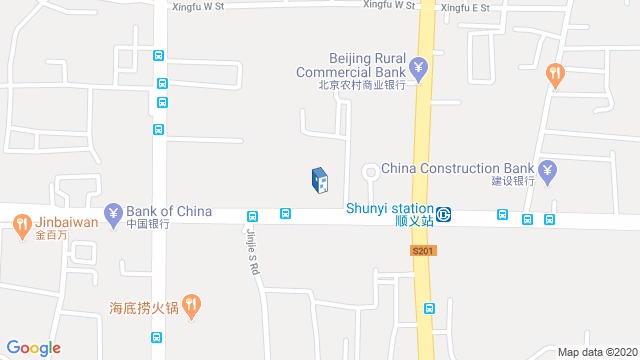 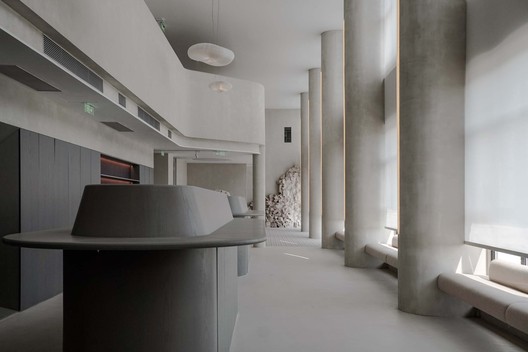