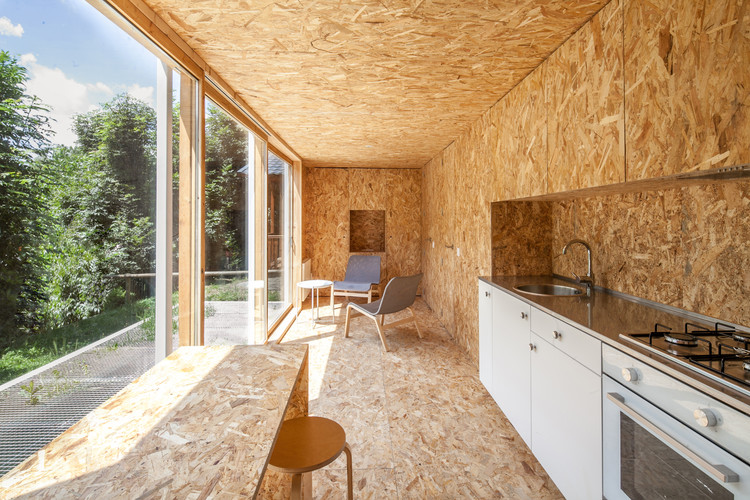 Text description provided by the architects. The project proposes to review an often practice associated to a self-construction not very sensitive to the environment, which continues using elements of sporadic occupation in more permanent occupations, such as those that occur today in the camps designed for weekend rest.

We are located in a small parcel of a camping area on the Catalan Pyrenees, situated between the joint of the rivers Durán and Segre, and the road that ties Bellver de la Cerdanya and Isòvol on the Pyrenean axis. Surrounded by the woods of Tossal d'Isòvol de Baltarga, inside the camping stand a habitat concept that surely shows a respectful behaviour toward its context. On one hand, the limited energy consume, awares of the necessity of a careful use of the available resources. On the other hand, the restricted occupation of the private and the tendency to disclose the social services to the exterior, calls up to preserve the common spaces, enhancing the social relations.

The proposed pad, presents three distinguished areas. Toward the front, the cooking and living areas allow a continuous flow with the social activities, occurring in the immediate outdoor. Those public functions are gathered in a single space, resembling a big porch that opens up with three full height sliding windows, embodying the will of extending inner spaces in the outer environment, together with the floating platform standing outside and the rolll up shutters that, through a distancing mechanism, colonize the exterior.

In the rear part, two sleeping areas and a storage hide the most intimate area of the house, recalling the minimum space logics of the caravans' word. Through the central area, a set of passing services are displayed to equip the dwelling with the same comfort that some adjacent bungalow presents.

The prefab technique is considered as a measure to optimize resources, limiting at best the risks, as well as an opportunity to save time, reduce costs and obtain a better precision during the construction progress.

Moreover, the outer layer, as a container of the whole space, consists of a tubular structure - 60x60mm section - built up by modular units of 1.5x1.5m, composing two horizontal planes, fixed 3m apart by a set of 12 vertical pillars with the same section. The lower plane doubles its longitudinal structure, to allow better lifting and transportation conditions. The upper plane, instead, doubles the transversal structure, to respond to the snow overload, building in the end a parallelepiped of 7.5x4.5x3m total.

The inner layer is finished with plywood panels, covering walls, floors and ceilings, creating a continuous evolving skin that reaches the warmth wanted for the indoor space to contrast the cold scene (milieu) outdoor. In the intermediate layer, starting from a 100x50cm module that gets divided in its multiples to add some movement in the facade design, a coat of expanded cork is placed. This assure a great insulation to the dwelling, meanwhile giving it a mimetic look, respect the woods around.

At the roof level, a continuous rubber membrane, with no joints, chlorine and halogen free, layed on a slightly sloping structure, guarantees the waterproofing of the architecture, using a material that does not pollute during any phase of its production process and also recalls to the dark roofs in the surroundings.

Several passive systems have been considered, aiming the energy request reduction of the project: Orienting the dwelling toward South, the sliding doors combine low emissive double glasses - to limit heat loss during winter - and, to restrict transmissions during summer, a solar control system made of simple roll-up shutters, which also projects a shadow onto the crossed ventilation system.

Elevating the house from the terrain, through the use of some concrete blocks, an air-chamber avoid the rise of soil humidity, screening the building from the frost and the heat coming from the earth.

The combination of expanded cork on the facade, with plywood panels on the interior elevations, generates a great thermal and acoustic protection, beyond turning down any possible thermal bridge. Furthermore, coming from sustainable forests and needing a very low maintenance, the material can be completely recycled.  Planning a light and dry structure, the total weight of the work is significantly reduced, easing therefore the lift, transportation and needed man work.

The project lays its gaze on the environment where it is situated, embracing its materiality and proposing a social program that meets its peculiar location, as well as responding to the climate requests, demanding for a significant decrease of energy usage in the construction process, at first, and during its whole life circle also.

Likewise the sporadic context of the site, detaching from the ground, simulating some proportion and dimensions that allow the dwelling to be moved around, and reflecting upon all those elements such as the platform, the awning and the steps that play a crucial role into the nomadic architecture of camping, they have now taken a step further from the kind of self-construction, to become energetic efficiency systems. The winter snow provoke changes in the campsite. Everything, partially or completely disappear. The described work too. 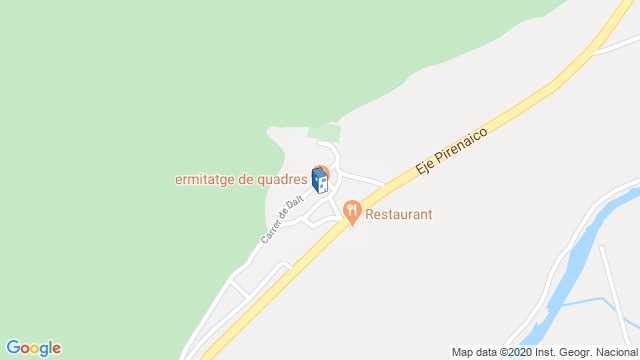 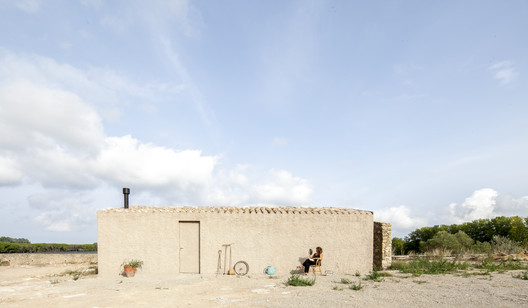 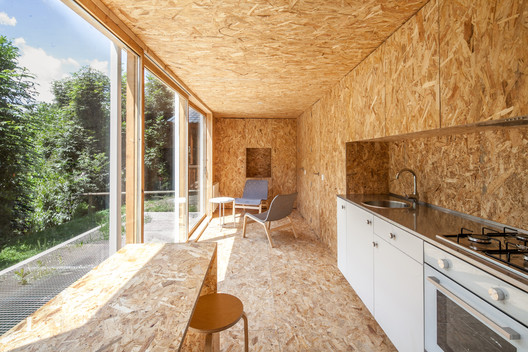