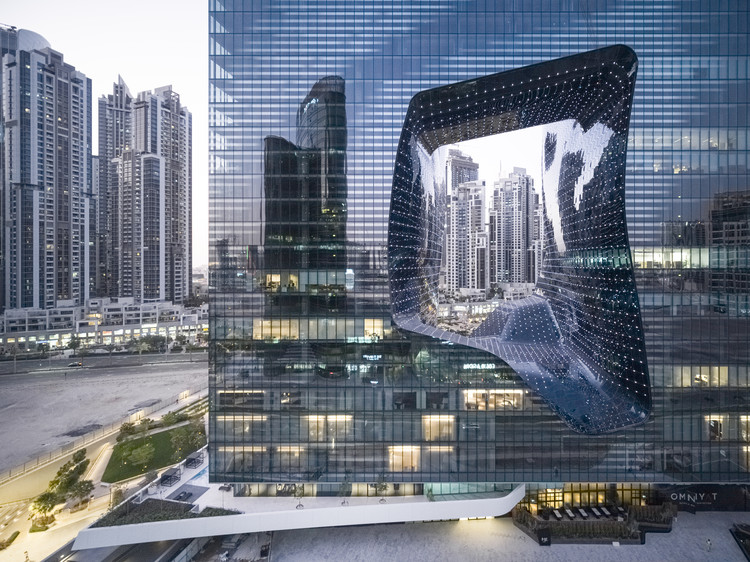 The building showcases a sharp contrast between the fluidity of the void and the straight lines of the built volume. As described by the design team, “the Opus was designed as two separate towers that coalesce into a singular whole—taking the form of a cube. The cube has been ‘eroded’ in its centre, creating a free-form void that is an important volume of the design in its own right”. The two sides of the building are linked at ground level by a four-storey atrium and also 71 metres above the ground by a three-storey sky-bridge.

Spread across twenty floors, the mixed-use project houses offices, commercial spaces, serviced residences, restaurants, cafes and a rooftop bar, with most of the building dedicated to the ME Dubai luxury hotel, run by Melia Hotels.

Thirteen years in the making, the building is the studio’s first project in Dubai and the only hotel for which the late Zaha Hadid herself designed both the architecture and the interiors. Furniture by Zaha Hadid Design is installed throughout the hotel, creating a cohesive architectural language for the entire project.

Read about the project in detail in this ArchDaily description of the building. 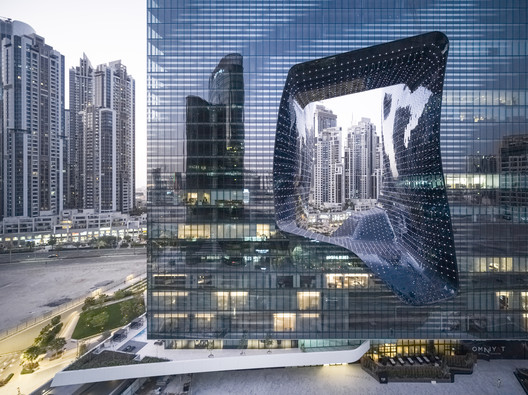