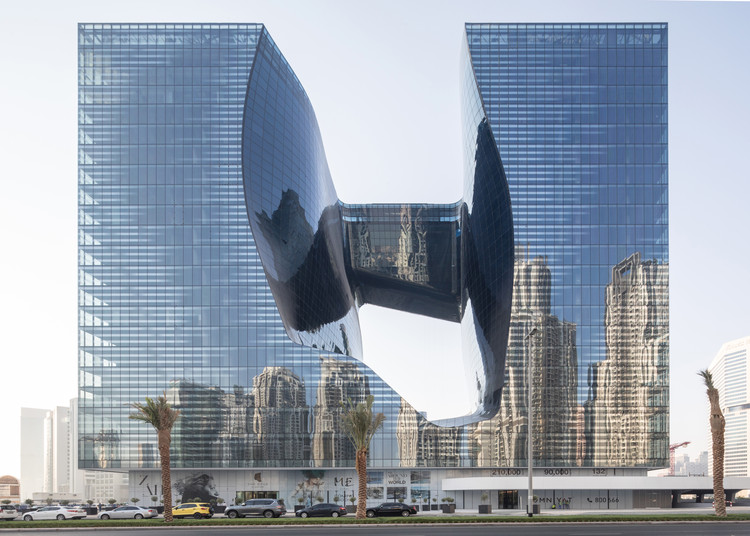 Text description provided by the architects. Located within Burj Khalifa district of Dubai, the Opus by Zaha Hadid Architects for Omniyat will house the first ‘ME by Melia’ hotel in the Middle East. Operated by Melia Hotels International, one of the world’s leading hoteliers with more than 350 hotels in 39 countries, ‘ME by Melia’ hotels are located in cultural capitals across the globe with their progressive, design-driven approach.

The Opus is designed as two separate towers that coalesce into a singular whole— taking the form of a cube. The cube is then ‘carved’, creating a central void that is an important volume within the building in its own right—providing views to the exterior from the centre of the building. The free-formed fluidity of this eight-storey void contrasts with the precise orthogonal geometry of the surrounding cube.

The two towers are linked by a four-storey atrium at ground level with a bridge connecting 71 metres above the ground. This three-storey, asymmetric bridge is 38 metres wide. Together with the ME Dubai, the Opus will house 12 restaurants as well as a rooftop bar and 56,000 sq. ft. of office space.

“The Opus will be aligned with Omniyat’s vision of treating each project as if it were a unique work of art,” said Mahdi Amjad, Executive Chairman and CEO of Omniyat. “The design conveys the remarkably inventive quality of ZHA’s work; expressing a sculptural sensibility that reinvents the balance between solid and void, opaque and transparent, interior and exterior.”

“You always expect to be surprised by ZHA’s designs, but the Opus for ‘ME by Melia’ Dubai goes beyond what we could ever have anticipated. We are proud to have this amazing project in our portfolio,” explained Gabriel Escarrer, Vice Chairman and CEO, Meliá Hotels International at the earlier announcement of ME Dubai to be located at the Opus. 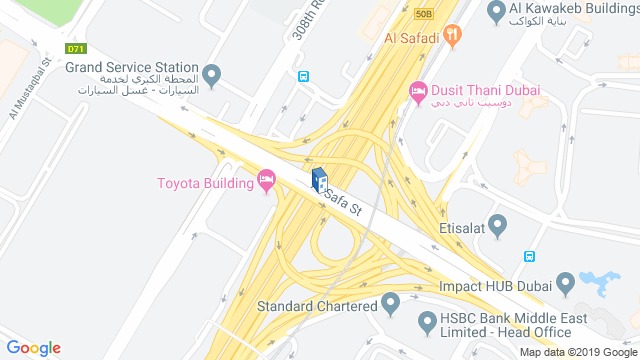 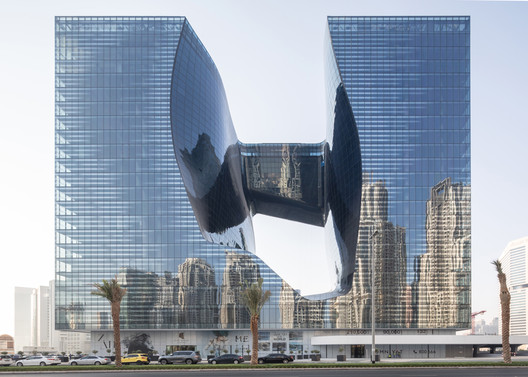