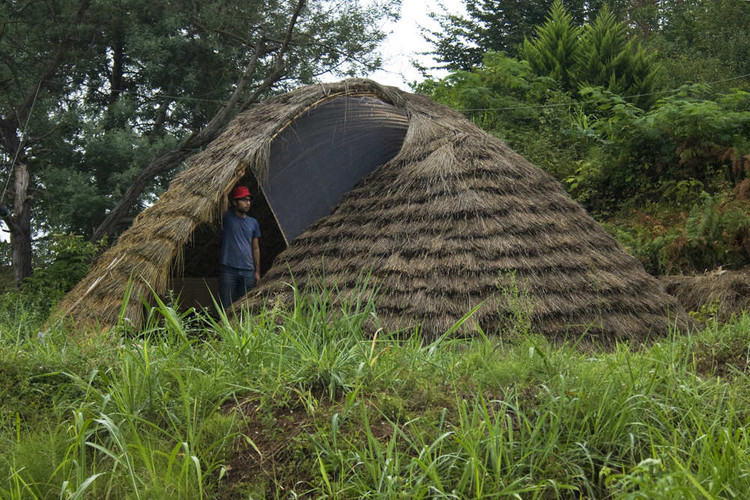 Text description provided by the architects. This project is dedicated to a student of mine who didn’t know how to create a dome!

The student in question was tasked with producing a model of the Sultaniya dome. He set about cutting 3mm strips of foam and bending each strip into a semi-circle, rotating and joining them by their tips. It was not until he had installed nearly one third of the semi-circles that he realized the strips were far too thick to create a dome. He wanted to completely change his method of construction, but to me he was creating a wonderful method of sheltering far more interesting than a conventional dome, so beautiful and very simple. I asked him to complete the model with the same method and, as I had anticipated, the result was quite amazing.

Two years later when I was approached by Mr. Mirdamad, who was looking for a novel model of construction for the development of a resort town near the forests of Katalom in northern Iran, the method returned to me.

I decided to use bamboo as there is plenty of it the region making it cheap and easy to gather sufficient materials. We used seventy bamboos in our realized model, with two bamboos completing a curve from one side to the other side of the project.

The bamboo was cut two days prior to use. This ensured it was still soft and flexible during construction and would subsequently become rigid once built. It is however possible to keep the bamboo alive after construction and thus ensure the structure remains green and supple.

We acquired gas pipes from the local market to make a base for the bamboo, but did not fix the base to the ground. In so doing we provided for the possibility of moving the structure by simply taking out the bamboos from the pips and installing them again in another location.

This distinctive structure provides highly cost effective shelter and emergency housing. The total cost for a structure covering approximately 40m² was €700, while the unique shape provides reasonable resistance against horizontal forces such as strong winds or earthquakes.

Furthermore it can be built by non-professionals and can be constructed by three people in merely two days.

In completing the membrane we collected bunches of cropped rice streams from one of the many post-harvest rice fields in the area. Each bunch was wrapped together at the top and the structure was covered by overlapping these bunches around it.

A major benefit of using rice streams for this purpose is that when they become wet in rainy weather, they expand to the extent that they do not allow rain to pass through the membrane. On the other hand in sunny and warm weather they become dry and allow wind to pass through lots of small holes, providing natural cool ventilation. However, in every part of the world local material can be utilized thereby changing the appearance of the structure to reflect its setting while ensuring costs are kept low. 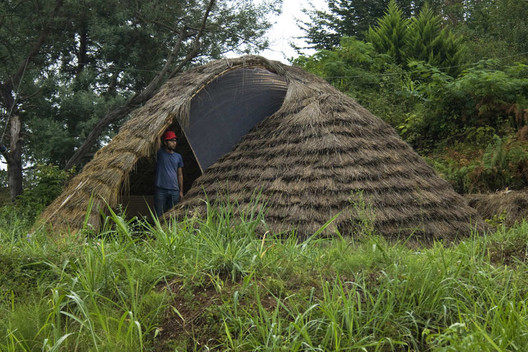