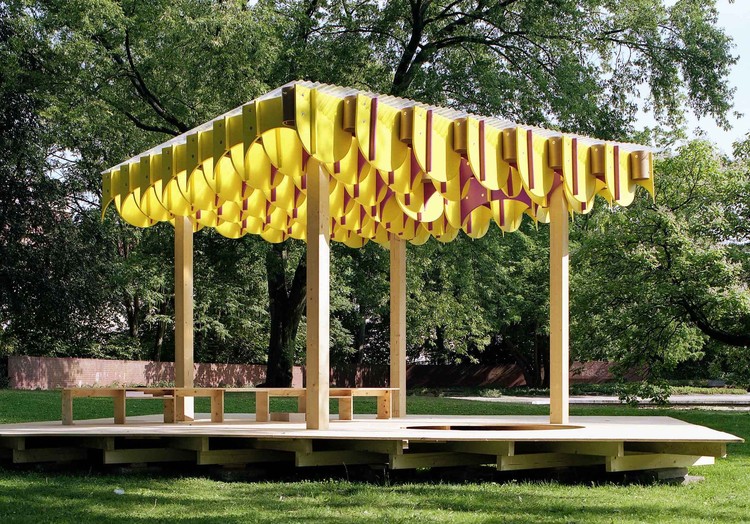 Text description provided by the architects. Belvedere was built in Hamburg’s central park Planten un Blomen as part of the “Hamburger Architektur Sommer” (the Hamburg architecture triennial) and to mark the 30th anniversary of the city partnership between Hamburg and Osaka. Designed by Kawahara Krause Architects and with a colour concept by Japanese artist Nobuko Watabiki, the pavilion functions as an interaction of art and architecture and creates a quiet retreat in the fluid space of the vast park. As a public platform it invites visitors to enjoy and experience new perspectives of this popular and familiar park.

With the pavilion being a temporary structure of only four weeks, the possibility to disassemble it into its components played a big role in the design process as much as the choice of the construction materials. Developed as a reciprocal structure, the structural system consists of many small, easy to handle elements. Next to being easy to transport and assemble without the use of big machinery, this also allows for a simple construction on site. Only reversible joints (interlocking or screwing) were used in the pavilion as to guarantee the recyclability of the materials wood and paper after dismantling.

The roof structure is made of cardboard. On a single curved line, rectangular sheets were cut into two parts without wasting material: a convex and a concave part. By assembling the convex and concave parts in different directions in addition to the differing colours chosen by Nobuko Watabiki, this very rational roof structure now appears layered and multi-faceted. Depending on one’s viewpoint, the concave and convex elements seem to either align neatly, or interlock arbitrarily. 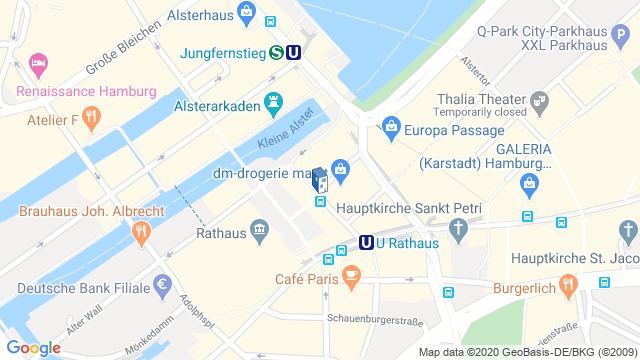