Significance
Culture is an essential characteristic of a village. Cultural deposits are always neglected and weakened as economy develops and lifestyle changes. However, traditional cultural textures and roots are not only manifested in tangible heritages like topography and terrain, infrastructure and buildings but also in intangible heritages like customs and handicrafts.

Collective memory is relatively fixed and eternal, but it requires a form to inherit and interpret. Thus, the introduction of new village public buildings serves as a ‘wake up call’. When a place carries special emotions and spirits, it is no longer an abstract place, but a whole comprised of tangible things that have the nature, shapes, textures and colors of materials.

Location
Parlor of the Village, the cultural hall of DaZhuYuan(Bamboo Garden in Chinese) Village, is located in Anji, Zhejiang, where “two mountains”theory originates from. As a pilot village of province level village houses designated by Ministry of Housing and Urban-Rural Development, it shoulders the responsibility to respect and revive farmers’ way of production and lifestyle. The history of DaZhuYuan Village can be traced back to Ming dynasty. However, after years of sabotages, rebuilding and development through dynasties, now a wall since Qing dynasty is the only thing in the village. Still, the original texture of the village is very clear and the northern Zhejiang building structure and lifestyle is ubiquitous.

In the life in Jiangnan water villages, water is an important element and feature. Villagers in ancient times used water for irrigation, laundry and life. They were able to locate their houses judging by the sounds of river and smells in front of their doors. Throughout Chinese history, a water enclosed by mountains is always considered as an ideal condition for villages and blending with nature has long been a traditional aesthetic philosophy.

By listing and connecting farmers’ production factors, like water, stone, bamboo and farmland, it presents an image of “Rustles in the bamboo forest indicates women coming back from laundry. Limpid water flows over stones.” Thus Parlor of the Village sits where the new village and the old village connect. As the infrastructure is built based on the original pool and traffic nodes, it can facilitate villagers’ life and at the same time pay respect to tradition and nature.

Structure
The concept of “Parlor of the Village” originates from the fusion and rebuilding of village culture and modern lifestyles. Village building is a place where memories of that region and culture of that community are stored, which makes both novel building construction ways and the intangible form of spaces (emotion, culture and spirit) indispensable. During the long time spent with the villagers and observing the villagers, the designers discover that throughout history, other than farming being a major cultural symbol of village, clay sculpture is also a folk art in DaZhuYuan that boasts a long history.

Compared to that in cities, public space in traditional villages doesn’t have a specific function, without being divided into specific areas according to their functions. Hence, Parlor of the Village is not only a cultural hall but meets multiple public space demands and serves multiple functions. For example, senior citizen center, farming exhibition, book reading and village promotion lectures can enrich villagers’ life.

The annual New Year’s Eve long table feast can make villagers more cohesive in developing and inheriting cultures. With more attention being paid to living environment of rural Chinese residents and village industry promotion initiative, Parlor of the Village is also titled “Village Tourism Dream Factory” and defined as a leisure industry. This can enable people in the city, who are surrounded by the hustle and bustle, to relax themselves amid the bamboo and water and at the same time bring profit to the village.

Material
The concept of “combining the new and the old”is embodied in the choice of building materials. Most of the materials are traditional local materials. The designers wanted to build the hall solely with bamboos at first, but in consideration of anticorrosion and durability, they settled on traditional tiles and bamboo materials. By exquisitely combining them, they create a roof that keeps out wind, rain and sunlight. Looking similar to waves, the roof presents the beauty of Jiangnan water villages: there are lush mountains in the distance and fogs rise from the water. Back then, when farmers were making rammed earth, they would add wheat straws and bamboos into it to make it tougher and more durable.

Using the same technique, the designers manage to break through the barrier of time, making the long history harmonize with the farming culture. Rubble walls, pebbles by the riverside and the green stones on the ground. All the materials are obtained locally so as to create a rustic landscape that is pristine but orderly. The bamboo window, the glass wall, the square outside and the water form an “ambiguous space”that is both balanced and flexible. Standing in such a space that is spacious but chaotic because it is not enclosed by walls or columns, people can communicate with nature, with water and with the green. Laughter come from the corridor and water flows outside the house. In the extended space of the activity center, trees that are surrounded by stones can shade villagers in summer. This is a corner where they can play, chat and relax themselves. 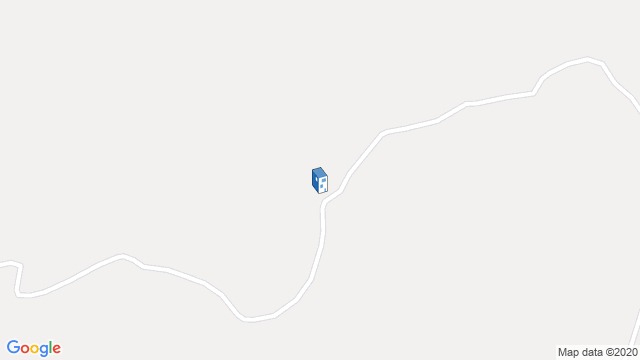