Save
House in Tarumi / Yo Irie Architects 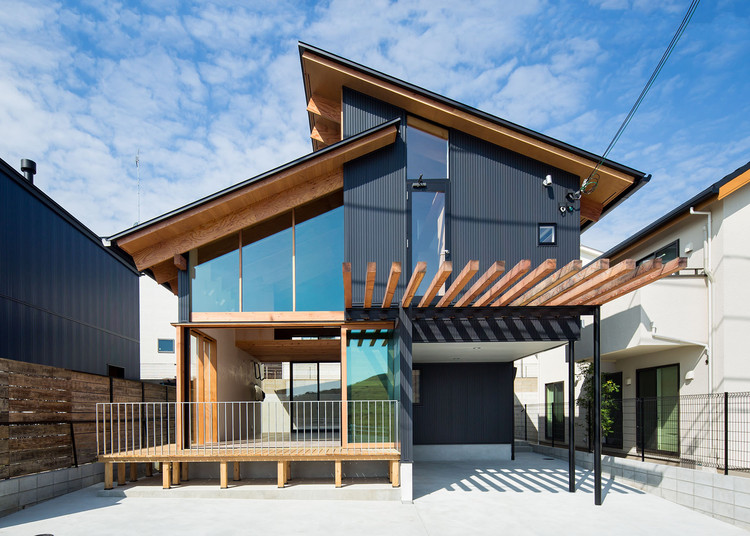 Text description provided by the architects. This site is a newly developed residential area, a high ground overlooking the sea near the city of Kobe, Japan. The development took place in recent years, and small-scale individual houses are lined up all around the neighborhood. The house-building industry has developed significantly, and excellent technologies used in efficient insulation products, equipment with high performance coefficients, high-strength engineered wood, energy saving lighting equipment, etc. have improved the performance of houses, but rather than simply relying on such individual functions, we would like to think about structures that work better when they integrate such technologies, so the whole house can function better and smarter.

Here, while comprehensively thinking of the design, the structure and all equipment as a whole to be able to cover the environment of the whole house and the segmented technology, we tried approaching from the point of view of furniture, around which the dwellers’ living is centered. A shelf-like frame that is placed in the center of the house and supports the roof, is made of thin and very sturdy LVL and it is a structure created by assembling small prefabricated units on the construction site. The shelf-like frame functions as the centerpiece for the wind and ventilation flow in this house. In the summer and during mid-season, the frame connects the entire house aerodynamically without obstructing the wind flow, thereby encouraging natural ventilation by using natural air-flows and the chimney effect.

For heating in the winter, gaps between double vertical sheets sandwiching the beams are used as return slits and as they are connected to circulation fans via ducts, the warm air accumulated in the upper part of the house is collected and blown again downward for circulation. With this mechanism, while the house becomes an open space with high ventilation efficiency in the humid climate of Kobe, at the same time the temperature unevenness gets improved during the winter season, thus also improving the heating efficiency. Here, the shape of the sloped roof centered on and supported by the shelf-like frame induces the air flow of the whole house. We join existing technologies and products to combine their functions, thereby we reduce the total amount of construction work and keep the costs low.

The shelf-like frame originates from the dwellers’ desire for an open space from which they can see the sea and for a large bookshelf in a spacious study. We thought that we could find a way to combine new technologies centered specifically on that place and the people who live here while aiming to realize such desires by coming up with a structure in which technologies and products that have developed individually can be used in a combination with each other. 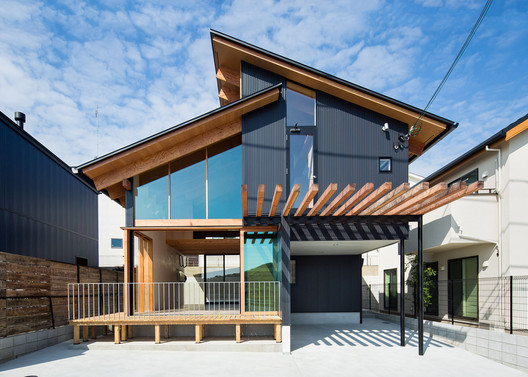