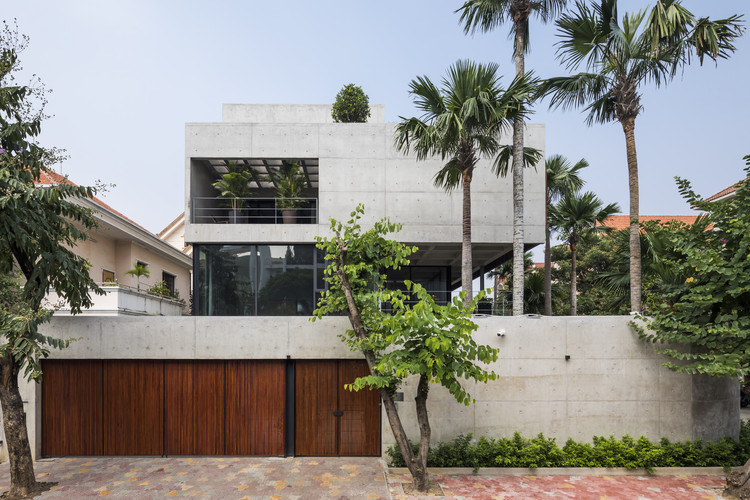 Text description provided by the architects. In previous projects, a system of concrete beams and columns was used to free the floor plans of columns, better connecting the different spaces while letting the outdoors in. In Bunker House, we employed this concrete system not only as structure, but also as spatial partitions and the project’s guiding aesthetics.

A series of concrete columns grouped into 3 legs serve as structural anchor points for the cantilevered waffle slabs. These 3 legs define the spatial experiences throughout the house: on the first floor, the first leg protects the living spaces from the outside world; the second, essentially an elevator core, and the third leg together delineate a soft border between served and service spaces.

The first and second leg accentuate the living and dining room with the added height. On the upper levels, these legs merge with non structural walls to define the limits between the interior and the outdoors, and partition off the upper level into smaller rooms.

The raw aesthetic and texture from the waffle slabs’ ribs are continued onto the concrete and metal pergolas on the outside, and also the ceilings and walls. The resulted interior space feels contained and sturdy like a bunker, and yet fluid, airy and full of natural light. 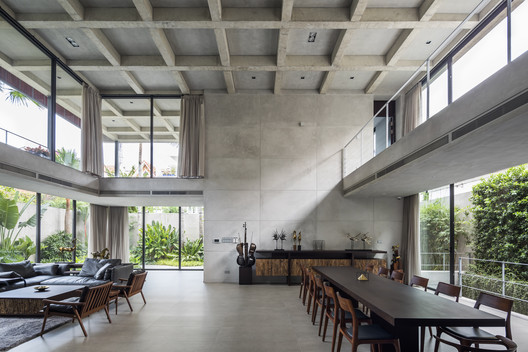