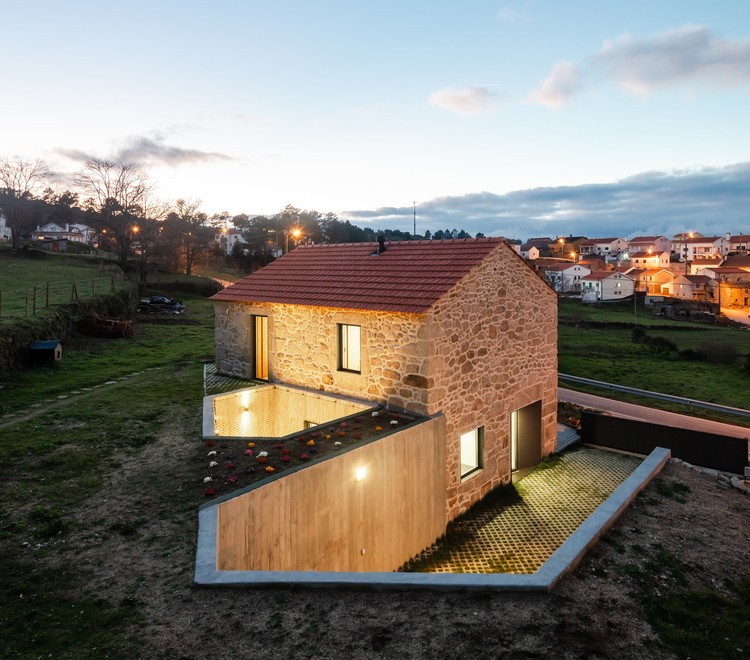 Text description provided by the architects. Located in a small village in the interior of Portugal, at 900m altitude, the Gafanha’s House emerges from the need of rehabilitating an existing building occupied by a family member. Upon requests from the clients and friends, the intervention aims at preserving the whole existing architectural features, as a family legacy of its past. As a result of that, the granite, typical stone of the region, was maintained, and supplemented in its new elements by concrete. The patios have been added as new living spaces.

The main drivers of this project were the land configuration, together with the pre-existing volume of this regional traditional house, consisting of an animals’ shelter on the ground floor, and a small living area on the upper floor. The lower floor, partially located underground, was transformed into an ample living space with clear differentiated functional areas.

The two patios (towards sunrise and the other one facing south) are independent structures that shape the topography of the surrounding land, creating a feeling of widening and allowing natural light to enter the space. The upper floor is then composed of the private rooms. Both the scale of the intervention and the village’s identity were present in the architect’s mind during the overall creative and rehabilitation process.

It was deliberately the intention to preserve the building’s history and to add contemporary elements to it. From the outside, the stone and concrete robustness from the outside contrast with the white and wood comforting the lightly living interior. 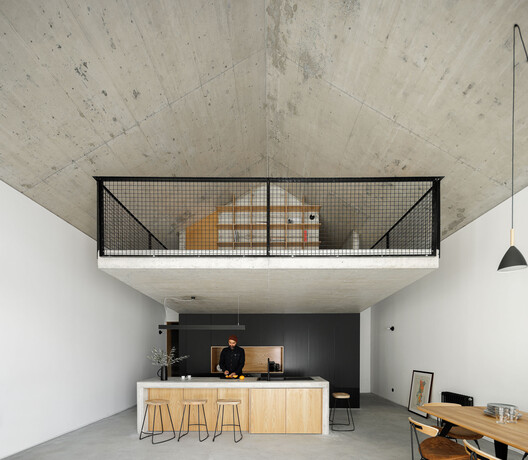