A global pandemic can change the way you look at things. In Greenwich, Connecticut, as with most places, restaurants and bars are shuttered now, schools are closed, and traffic is sparse as people stay home and maintain social distancing.

But each weekday, as the sun comes up over the eerily tranquil streets of the historic downtown business district, First Selectman Fred Camillo is still heading to the office. Camillo works in the Town Hall, a public building that’s been off-limits to the public—and to most employees—since mid-March, when all of Connecticut entered a constantly evolving state of lockdown following an executive order by Governor Ned Lamont in response to the COVID-19 outbreak.

Before the coronavirus, I’d intended to talk to Camillo about something else entirely: pedestrian deaths. Just a few months ago, their number was rising at an alarming rate in Connecticut, part of a troubling national trend. In the month of January alone, two older adults were struck and killed in downtown Greenwich, one while crossing the street from Agnes Morley Heights, a subsidized housing development for seniors.

For many years, Greenwich had uniformed police directing traffic and monitoring crosswalks downtown, but the most recent budget eliminated them. Camillo’s role oversees the Fire and Police Departments, as well as Public Works and Parks and Recreation, among other things. I wanted to ask: If pedestrian deaths are up, why pull cops from the downtown intersections?

“We had to redeploy them,” he told me. “The police will tell you, from leadership to rank and file, that they’d rather be redeployed in a way that enhances public safety. If a policeman who’s directing traffic sees a crime being committed? They call it in, because they can’t leave their post.” He added: “On Sundays—the day with the most vehicular traffic on Greenwich Avenue—there are already no cops, and it’s also the day with the least amount of traffic accidents. So from a public safety standpoint, it’s not an issue.”

While that may be true, disregard for pedestrian safety is an issue in Greenwich, though it’s an easy one to lose sight of during the current lockdown, when cars have all but vanished from the streets. I’ve lived in less pedestrian-friendly towns than Greenwich, but that’s mostly because I grew up in notoriously car-centric Atlanta, where heavy traffic and a lack of public transit were major factors in my decision to relocate to Manhattan many years ago.

Greenwich hasn’t been much of an improvement over my hometown. Drivers routinely speed, ignore crosswalks, and text or talk on the phone while driving. Laws are sporadically enforced. A friend who recently moved here from pedestrian-friendly Ann Arbor, Michigan, described her strategy in getting to the library, local parks, or YMCA with her children in tow: “There often seems to be no better way than to insert myself into the crosswalk with approaching traffic to assess whether or not the driver is aware enough to see me and slow down,” she told me. “Sadly, they often aren’t, and I go back and forth for minutes from the sidewalk to the road until someone respects the crosswalk.” Indeed, current law requires a driver to yield only when a pedestrian is already in the crosswalk. Individual drivers seem to interpret this in a variety of ways, typically while traveling well over the speed limit. A bill that seeks to address the problem statewide is currently before the state Senate; it would require motorists to grant right of way to pedestrians before they enter the crosswalk, rather than yielding when they’re already in it. Other proposed provisions include giving town officials the authority to lower speed limits on local roads, and increased fines for cellphone use.

But a legislated solution won’t fix the problem if the resulting laws aren’t enforced; speed limits, crosswalks, and cellphone use being perfect examples, since there are already laws in place. Camillo acknowledges the need to redesign the built environment to engineer a more pedestrian-safe downtown; he mentions a budget item to bump out the intersection of Arch Street and Greenwich Avenue, and says he’s in favor of features including bollards, landscaping, and improved lighting and signage.

And, Camillo notes, walkability is at the forefront of current plans for the redevelopment of downtown Greenwich. COVID-19 has delayed things—“We’ll lose at least a year,” he says, ruefully—but plans include connecting waterfront parks all along the shoreline, more green space, and bike lanes.

As with any conversation about Greenwich, income inequality is the elephant in the room. Bike lanes, better lighting and signage, and attractive landscaping in the downtown area will make things better for those who can afford to live there; but, as I observed in a prior Common Edge piece, it’s the realm of the affluent, and walkability shouldn’t be a privilege. But Agnes Morley Heights is still there, albeit with a long waiting list, and that makes downtown affordable for some over 65 and living on restricted incomes. There’s also 830-g, a state statute intended to incentivize developers to build more affordable housing, though its effectiveness is a matter of ongoing debate.

A few months ago, the rapid pace of development was a common lament, in Greenwich and elsewhere. Yet people accepted long commutes, rush hours, traffic fatalities, pedestrian deaths. It was difficult to picture anything different.

Then a virus changed things overnight. Four and a half months into the year 2020, there is no place on Earth left unaffected by the novel coronavirus outbreak. For those in the hardest-hit zones, like New York, the misery of lockdown and quarantine are manageable minor horrors compared with watching the daily death toll rise. Even in places like Greenwich, where the impact has been less dire, it feels impossible to focus on the future, much less envision anything positive emerging from the crisis.

But the future will emerge, whether we focus on it or not. It may feel wrong or tone-deaf to be proactive about shaping that future, but the alternative will certainly be worse.

And right now, all over the country, cities are closing streets to traffic and discovering that life goes on. As a nation, we are adjusting to changes that anti-car activists and many others have long advocated: telecommuting, remote meetings, distance learning, and using cars only for essential, long-distance errands.

With that in mind, now is the time to pay attention to the way our public spaces work with fewer cars in them. If advocates and urban design experts don’t seize this opportunity, someone else will. We are all eager for things to return to some semblance of normal, but when that happens, what will the new normal look like? Now is the time to decide.

In our urban centers, this strange and awful time presents an opportunity. Let’s seize this moment to reclaim our streets for people, once this pandemic ends.

NewsArticlesPublic SpacesPublicCoronavirusCOVID-19
Cite: Lara Kristin Herndon. "This is Our Chance to Rethink Safe Streets and Public Spaces" 02 May 2020. ArchDaily. Accessed . <https://www.archdaily.com/938612/this-is-our-chance-to-rethink-safe-streets-and-public-spaces> ISSN 0719-8884
Save 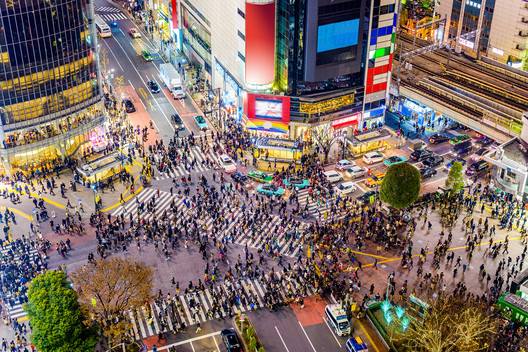