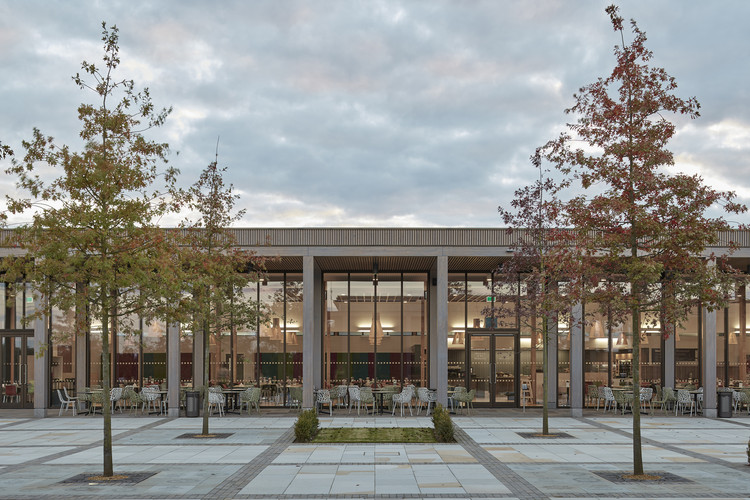 Text description provided by the architects. The new Remembrance Centre embodies purity of form, employing both modern and classical architectural precedents. The building engages materially with its environment, chiming with the existing structures that define the NMA and harnessing a soft material concept of larch timber and natural stone. This provides a calm and rational architectural language that compliments the NMA as a place of reflection and memorial.

The centre piece of the project is a new public space that provides intended assimilation of inside and outside. Known as Heroes’ Square, the landscape designed by Fira, sweeps gently to the level of the Millennium avenue, visually and physically connecting the building to the Arboretum. The square features commemorative paviours, engraved with cap badges or crests of the Royal Navy, the British Army, the Royal Air Force, and City Livery Companies. A new sensory play garden, full of textures, scented foliage, and natural materials engage younger visitors.

The new Remembrance Centre hosts an interactive exhibition designed by Real Studios. This provides a preview of the Arboretum and an introduction to the concept of Remembrance and was made possible by a £2.85 million grant from the Heritage Lottery Fund. A timeline allows people to explore how the practice of Remembrance has evolved over time – from historic rituals associated with burial mounds to modern-day services on key dates throughout the year.

A prominent drum is deliberate punctuation of the unifying four-metre grid applied throughout the building. It serves as a powerful visual marker in the site and beyond. At the heart of the building, the drum houses the immersive film experience.

Enhanced educational facilities are a fundamental component of the new centre; new spaces will allow annual school visitors to grow up to 25,000. The Remembrance Centre also hosts to a large restaurant and shop, and separate coffee shop, all benefitting from views over the landscape and over Heroes’ Square. Many thousands of additional visitors each year can be accommodated thanks to these enhanced facilities.

The Remembrance Centre received support from a wide range of institutional donors, individuals, and groups, including The Royal British Legion, Staffordshire County Council and the Heritage Lottery Fund. The Arboretum aims to become financially self-sufficient and the commercial elements of the centre are a crucial step towards that goal. 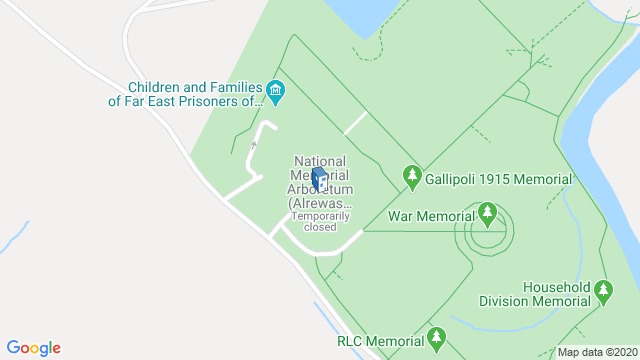 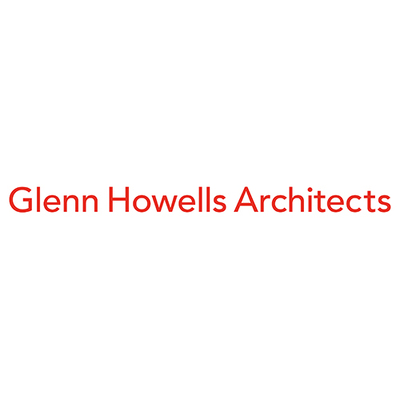