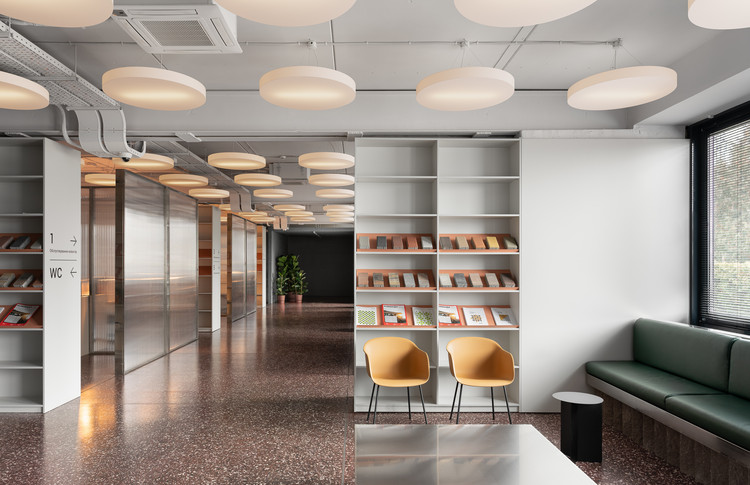 Text description provided by the architects. Kovalska is the largest manufacturer of building materials in Ukraine and one of the leading developers. More than 70% of projects accomplished in the Ukrainian capital have been constructed by applying concrete from Kovalska.

The office is located in the building of a functioning factory of the company, built in the Soviet period. A monumental mosaic panel on the facade, brutal proportions of space served as a starting point for working on the project. We are endlessly inspired and love the architecture of the Soviet period, and we really wanted to create a comfortable working space without violating the architectural context, the authors say.

The first floor of the office functions as a sales department, the second floor is closed to visitors and internal work departments are located there. This is a rather interesting story since the company decided to complete the second floor while the architects were already working on the first. Thus, it turned out to organize all the necessary functional zones.

The interior uses a large number of materials and products that are produced and sold by the company. For example, the partition in the waiting area is assembled from cut concrete slabs, and the base for the bench and table is made of paving stone. In some places, sand and marble chips were used as wall decoration material. The mix for creating terrazzo floors has also been developed for this interior.

Thus, in addition to the main task, it turned out to demonstrate product capabilities. Most of the pieces of furniture, as well as the lighting system, were designed by architects specifically for this project. 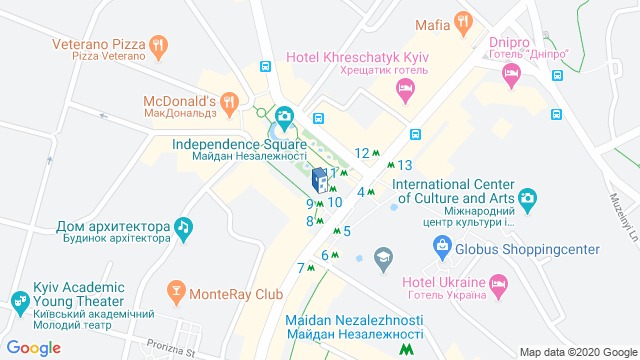 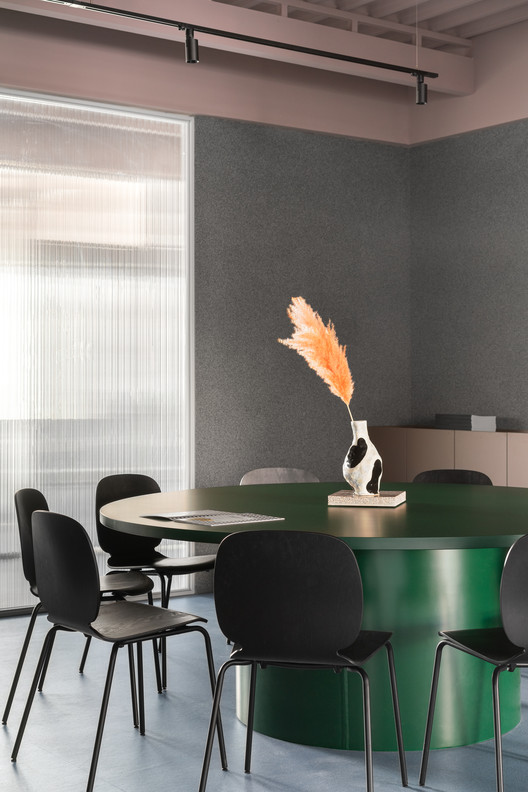 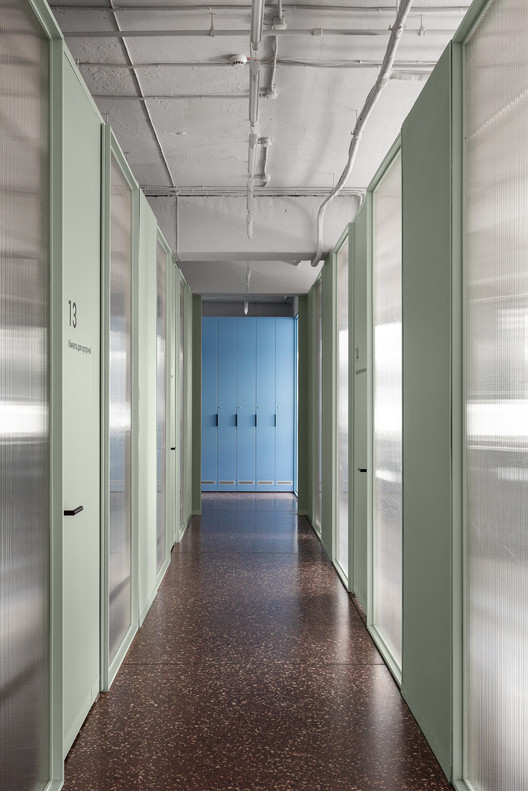