Text description provided by the architects. Pop + enjoys a privileged condition, one of the highest sites in Vila Madalena, which allows its commercial rooms to enjoy privileged views of the surroundings. Additionally, the property has a beautiful arboreal park at the back of the lot, which will be reinforced by the landscaping project.

The implantation creates an entrance square under the building, which is fully connected to both the street and the park at the back of the lot. With variable ceilings, the square serves not only as a living area for users of the building, but also makes the visual connection between the park and the public space on the street.

To reinforce the importance of this square and to make its space more interesting, the structure was solved in such a way that there are no pillars in the corners of the building, creating amazing swings and providing a quite expressive volume for the building. Next to Girassol Street, these balances establish an emptiness that is designed so as to recall the typical profile of the landscape of the neighborhood. With a set of empty spaces, the volumetry of the building seeks to establish a relationship between the new building and the traditional constructions of the neighborhood: it is as if, under the main volume of the building, there remains, as a vestige, the emptiness left by the houses that once existed there.

The use of vertical sunshades, perforated sheet, around the volume, creates a protective envelope that gives unity and character to the building. 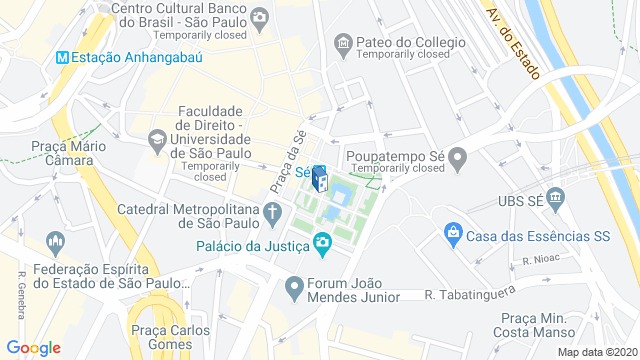 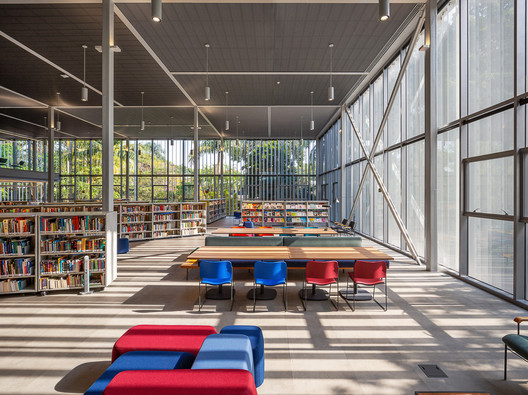