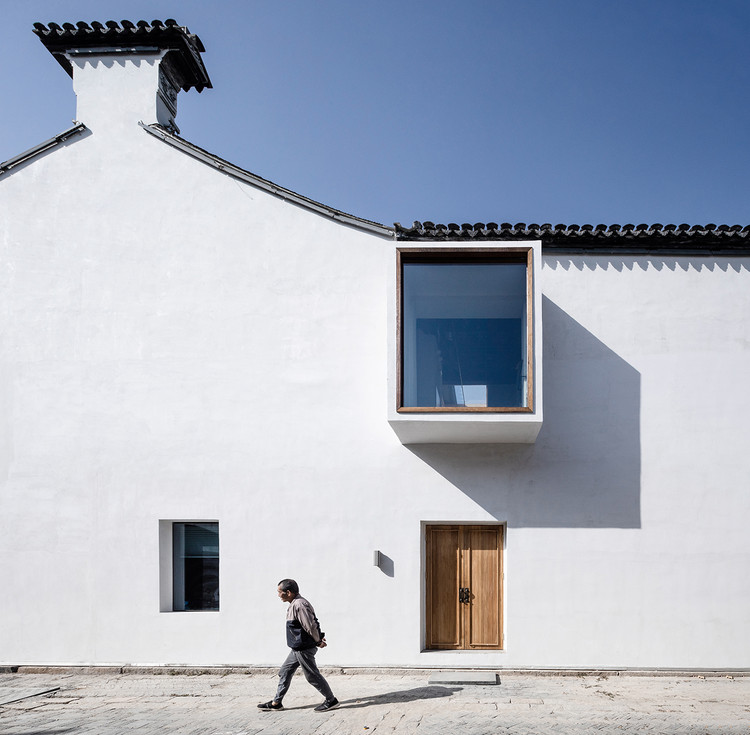 Text description provided by the architects. This project is located at the foot of Nanchan Temple in Wuxi, among a cluster of civilian houses near Qingming Bridge at the bank of an ancient canal; hence the name “Sincere Hotel ,Wuxi”. With the changes of times and the renewal of city, Benzhe deconstructs the new meaning of guesthouse architecture while inheriting the essence of historical and cultural heritage.

At its original site is a typical traditional “three-entry” courtyard, which is lower in the front and higher in the back with a conservative style. The old architecture is closed in its surrounding, with relatively poor indoor lighting and safety hazards hidden in its narrow corridor. After transformation, the primitive simplicity and elegance of this southern-style courtyard has been preserved—white walls and black tiles are still there and water flows beneath a little bridge, while more open space has been added. Modern design elements including iron rust plate, simple floor-to-ceiling glass and unique guidance system have endowed this ancient mansion with new vitality.

Thick cob walls at the main entrance are demolished to set aside two spaces on the left and right, while the box-like space formed by floor-to-ceiling windows extends forward, which gives the previously flat entrance a layered sense. Fine wood grilled windows have replaced the closed and gloomy old windows, and a unity of opposites is formed between its transformed front façade and the cluster of old civilian houses.

The concrete three-way box casted as a whole at the front entrance connects reception, diner and courtyard. The diner consists of tatami, seats for individual customers and water bar, and has an open and layered view.

During the creation of the passage from reception to rooms, two mutually independent paths are cleverly designed. The inner path runs from reception to diner, and then makes a detour to rooms, which leaves the impression of a winding path leading to a secluded quiet place. The outer path goes directly from reception to rooms behind the second entrance, and sinks below the water surface, thus resulting in the illusion of people walking in water. The teahouse floating on water creates a real sense of reclusion and serenity.

After the second entrance is the guestroom area of hotel. The original lotus pond is retained in the courtyard, and the walkway is widened to leave enough space around the pond for frolicking and watching fish. The guesthouse has 16 rooms of varied styles, which encircle this charming aquatic courtyard like 16 lustrous pearls. The rooms are named 「Su」, 「Fan」, 「Bo」, 「Ze」, 「Han」, 「Hao」, 「Run」, 「Yang」, 「Zhan」, 「Hong」, 「Du」, 「Tian」, 「Yi」, 「Dan」, 「Che」 and 「Cheng」, which are all characters with the “water” radical. Water is intelligent, and also the source of life; to observe water is to look into heart.

[Run] and [Yang] are two loft-style duplexes of the hotel. The contrast between frosted stainless steel and log and primitive naked wall as well as the rhythmic ordering of space reflect the sense of order of deconstructionism. Besides, [Yang] has shown great ingenuity in creating a suspended mesh-like rest area, which appears novel and unique and makes an interesting experience.

Based on industrial style, [Fan] and[Hong] convey a restrained and coldly elegant sense of beauty with neat lines, naked walls of original color and metal, while geometric shapes and constitutive property constitute a neutral and pure space experience, which is rough and unconventional yet with no lack of fineness.

The transformed backyard has unique interest and charm; the Zen of Japanese rock garden creates an indifferent and tranquil atmosphere. The new concrete wall and staircase linked up to the original gable are naked and cold. As one ascends the stairs, sunlight comes in through round holes, which brings out the greatest beauty of light and shadow.

Originating from history and returning to nature, Sincere Hotel,Wuxi,creates a realm of harmony and mutual understanding between architecture, mankind and nature. 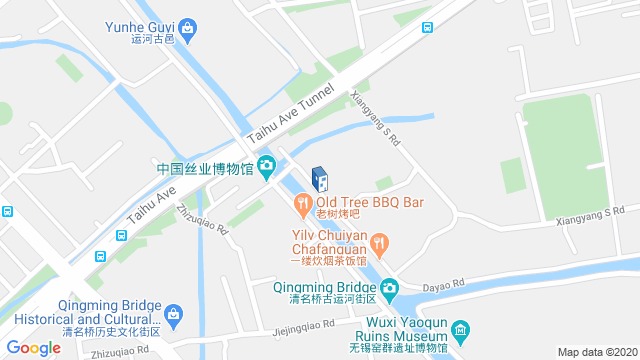 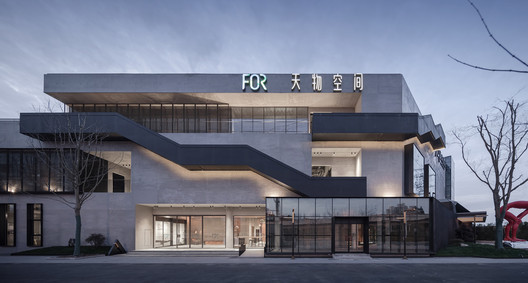 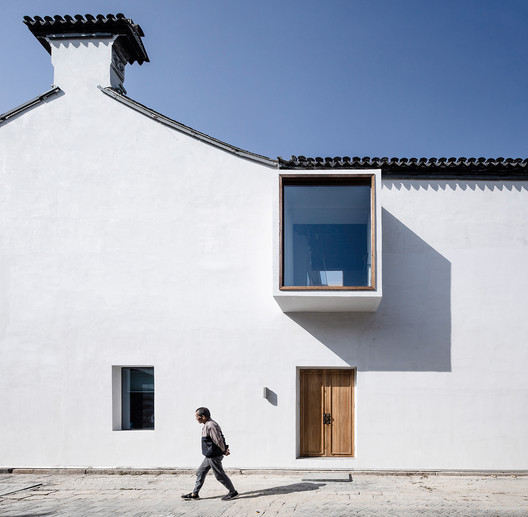