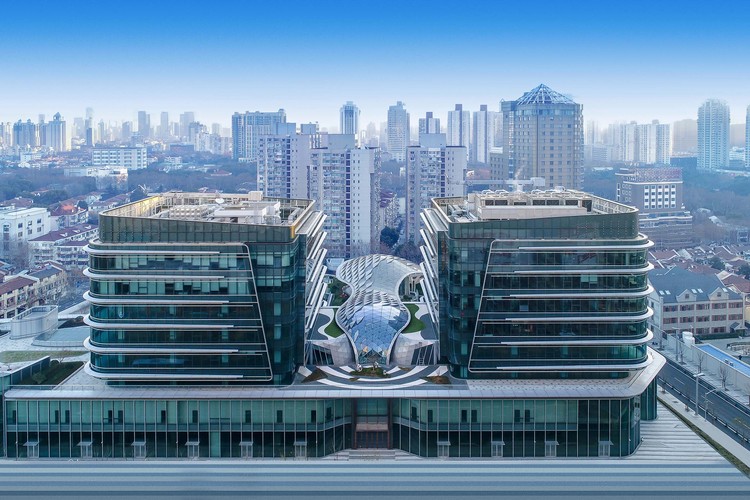 Text description provided by the architects. Located at the northwest corner of Shanghai’s Xuhui district, a prominent cultural and commercial destination, Xujiahui Centre is one of the most prestigious projects Shanghai has seen in recent times. The project comprises four comprehensive developments with a total gross floor area at 584,000 sq.m.. The project’s“Plot One”was nominated to this award entry, acting as an introduction to this high-profile project. Plot One has a gross floor area of around 30,000 sq.m. and the project’s strategic plan and design envisions commercial offices on top of a two-storey podium containing a shopping mall.

The project was designed to establish connections between the existing neighbourhood and the new contemporary development. The building design subtly echoes a similar language with the other buildings across the project, giving a distinctive outlook and aiming to be perceived as a comprehensive and holistic development. The buildings represent a modern development inserted into the existing urban fabric with all its rich culture and history. They also blend into the surrounding neighbourhood by providing functions needed for the district and by tailoring the scale of buildings and the building materials to suit the existing environment.

The design program for Plot One began in 2013, and the construction of Plot One and Plot Two was completed in 2018.

Plot One is located at the northern end of the site, establishing a gateway and providing a pilot for the general public, allowing them to experience the new development. The building façade facing the inner court has higher transparent properties, reflecting the openness within the development. In contrast, the more solid building façades along the main road are offset from the main mass of the building by strips of horizontal fins. These act as shading devices and give higher privacy to the users on site.

A fluid-form canopy was designed at the heart of the site, drawing people from the towers and the podium together and creating a protected open space with a lively and atmospheric setting. The floating canopy illuminates the buildings along Hua Shan Road. Green walls are used along the Tian Ping Road frontage, acting as an extension of the nearby Xu Jia Hui Park as well as enhancing the tranquil streetscape at the rear elevation. The development aims to drive Shanghai forwards as an open, modern, multifunctional and world-class city. 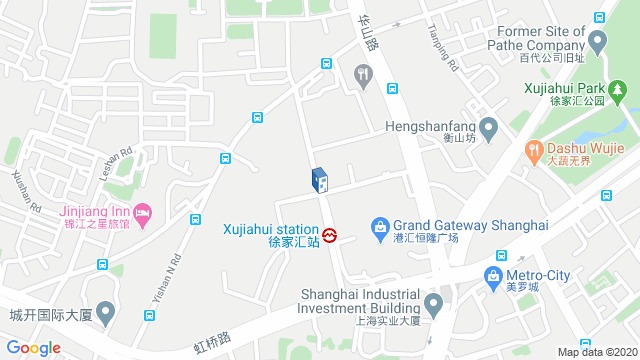 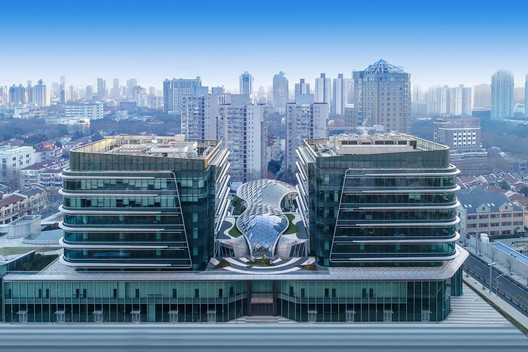