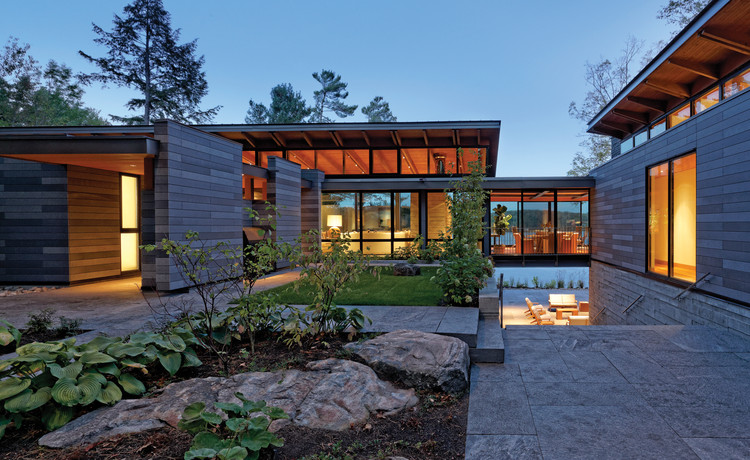 Text description provided by the architects. Located in Muskoka, Ontario, the Bridge House overlooks the south end of Lake Joseph, one of three large lakes in the region. The house is located on a rock outcrop overlooking the lake and the boathouse and breaks the mould of faux-traditional architecture typical of the region.

The building is L-shaped in plan, with the main living space and master bedroom wing separated from the guest bedroom wing by an elevated screened porch. The plan of the main living wing was developed to create circulation along either side of the plan to maximize openness, views, and transparency.

The L-Shaped floor plan hugs the curved crest of the hill. The building emerges from the rock face defining an edge and creating a gateway, an arrival from the water that emphasizes the boundary between the hectic city environment and the serenity of the lakeside location. The screened porch forms a “Bridge” which spans the space between the two wings, creating a threshold between the driveway and the lake. The building appears to be a part of its site, merging with the rock overlooking the lake. 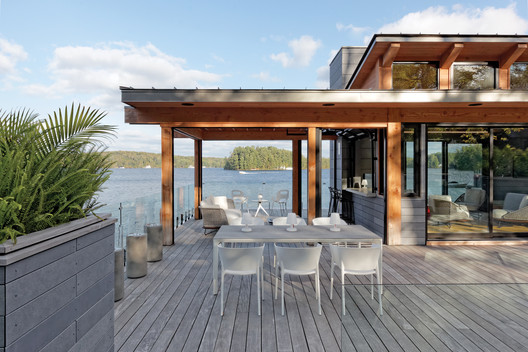