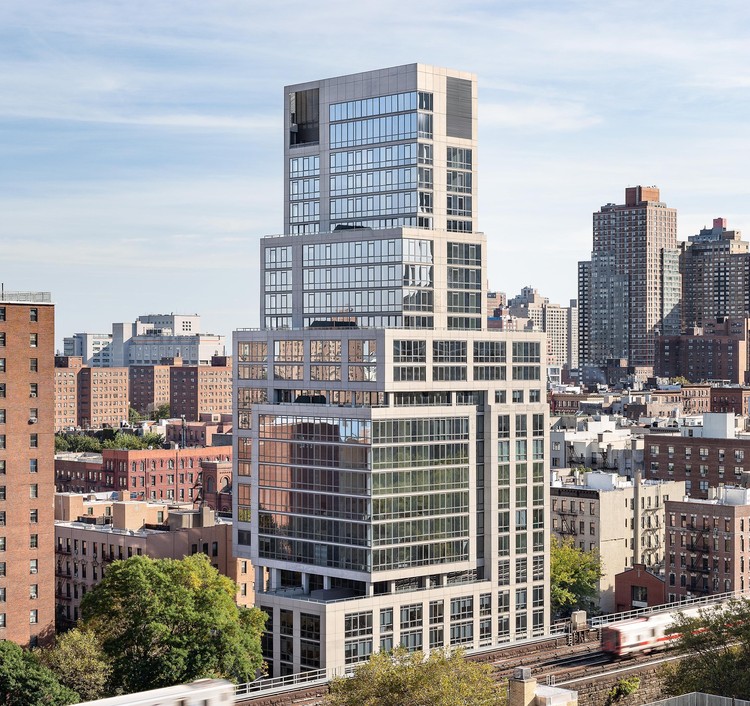 Text description provided by the architects. Rising to 22 stories with 78 condominium units, 1399 Park Avenue emerges as a beacon alongside the Park Avenue Railroad viaduct in East Harlem. The sculptural form is composed of architectural concrete, metal, and glass. The building rises through a “Mondrian-like” composition of interlocking cubes and volumes.

The building is a true expression of New York City's urban design traditions, merging zoning, function, and aesthetics into a singular sculptural form. David West, the project’s lead designer, and premiere NYC zoning expert was the perfect counterpart to a client who encouraged excellence beyond the typical hurdles. Despite its height and size, the building has the ambiance of a boutique residence. The scale of the lobby and the amenities provide all that a resident could hope for without sacrificing a feeling of intimacy. An integral part of the 5th-floor amenity space is a lounge that spills out onto a terrace and seamlessly blends interior and exterior space. Even the furniture defies boundaries as the bar/table/grill element penetrates the glass between the lounge and the terrace.

The site’s zoning challenges led to some unique moves that helped to shape the form while also still allowing for function. The building resembles a series of nested cubes suspended from a solid vertical spine. The mass was first informed by zoning needs but then took sculptural form with deliberate manipulation by the designers. A cube hovers above other forms as the central shape around which other forms wrap.

Large exposed columns and a recessed amenity terrace at the 5th floor augment the impression of a hovering cube separated from other forms by voids all around.  Glass surfaces increase as the building rises to allow for views. Private terraces wrap the building at multiple levels and capture spectacular views of a vibrant neighborhood including such hidden gems as the community garden to the south. Hill West created a landmark in the Harlem skyline by combining function and aesthetics in a tower that Harlem can be proud of. 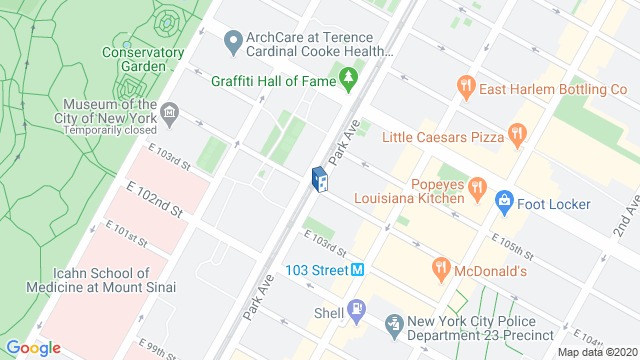 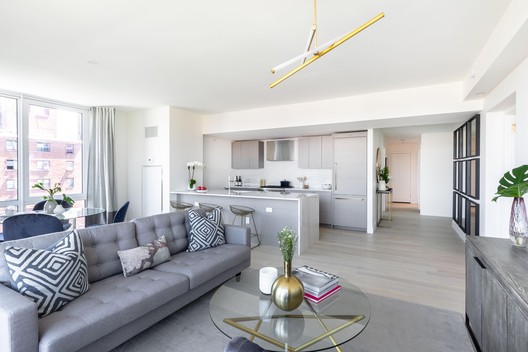 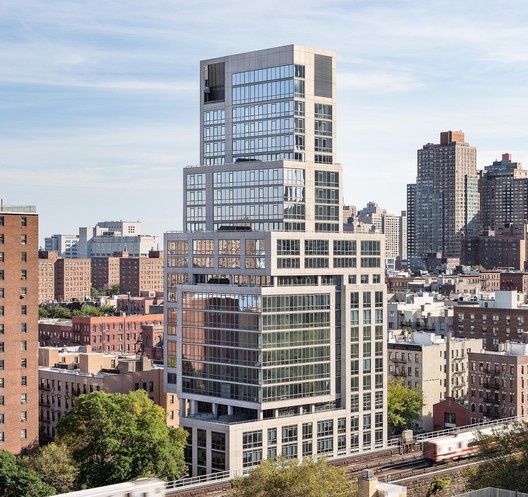