Save
Administrative and Industrial Complex for Stonex / Urbanscape Architects 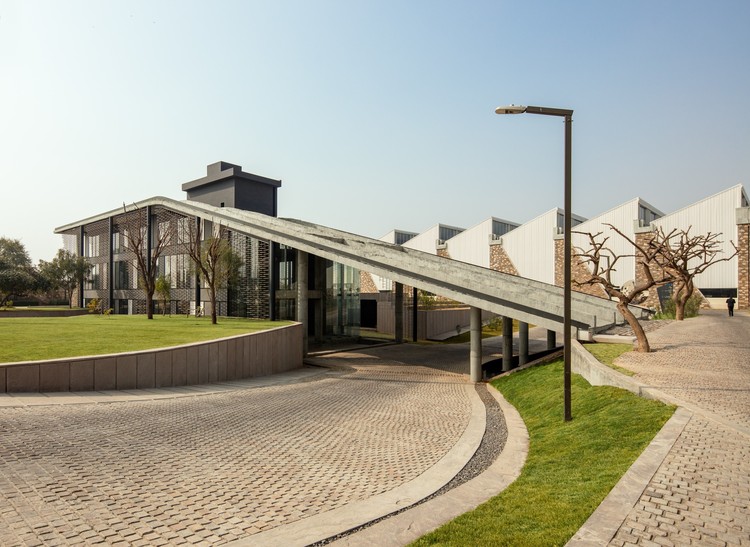 Text description provided by the architects. Stonex India’s administrative and industrial complex serves as an eminent landmark in Kishangarh. Product of simultaneous interactions between dynamic ordering of principles across varying systems and scales, and responses towards the site, the complex succeeds in carving out a niche of its own amidst the industrial landscape. Production: The Industrial Shed. Adhering to exigencies of site and logistically sound planning the manufacturing block orients rather unconventionally in the East-West direction.

The orientation is strategically exploited by incorporating complementary systems: North light trusses are introduced, sloping at a suitable angle of 23 degrees towards the south providing for ample surface for photovoltaic panels. Prefabricated white metal flutters give the entire structure a buoyant profile, when looked at from afar. The stone buttresses make the building appear grounded at a more proximal viewing.

The sides facing east and west are mostly blank, barring the small windows that connect the occupants with the surroundings. The windows also create a wind draft across the height of the shed expelled through the ventilators along the north light trusses therefore avoiding hot pockets at the top and effectively cooling the building by about 10-12 degrees. The building is designed such that the spaces are used judiciously, allowing for maximum possible green cover and softscaping.

Other sustainable measures include the use of bio STPs that recycle waste water and use it for flushing toilets; rainwater harvesting techniques keep the groundwater table recharged; solar panels installed on the roof generate about 1 megawatt of energy (sufficient enough to fulfill the power requirements of the factory). Representation: The Office. The design of the building revolves around the concept of mutually respecting the surroundings and nature. The built form is raised and sunk into the ground away from trees already existing on site.

Consequently, the built mass and the ground is punctured to create sunken courtyards and an amphitheater within the earth-cooled lower floor. Being partly underground, the eccentric mass defines a seamless silhouette adorned by screens in stone and greenery climbing up the entire roof in a sweep. The hot and dry climate of Rajasthan is combated by the partly sunk mass, staying cool during summers and warm during winters. This is achieved by the natural phenomena of Earth Berming and Earth Coupling. The temperatures indoors are regulated with the help of radiant cooling, allowing for a 60% efficiency in the running cost of the building.

Also, this has led to HVAC load cutting by almost 40%. The floor slabs are additionally radiant cooled to regulate temperatures. The skin of the Office building sandwiches a puff panel between two laminam panels to further insulate the interiors. The façade is complimented by an enveloping stone screen that is fabricated using the waste stone from a nearby quarry and the stone wastage that is generated on site. This screen provides solar shading from the south-east and west glare. A playful, visual appeal is created by the light and shadow of interwoven stone blocks that appear to be floating at different levels. 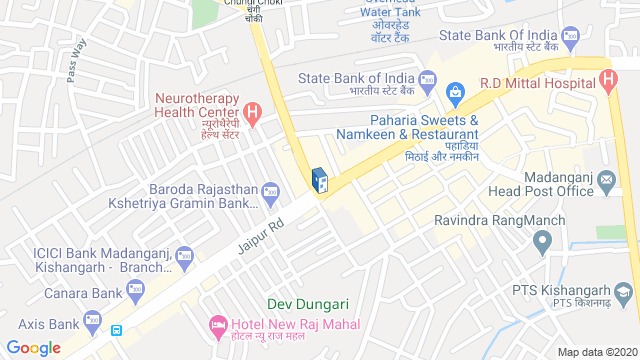 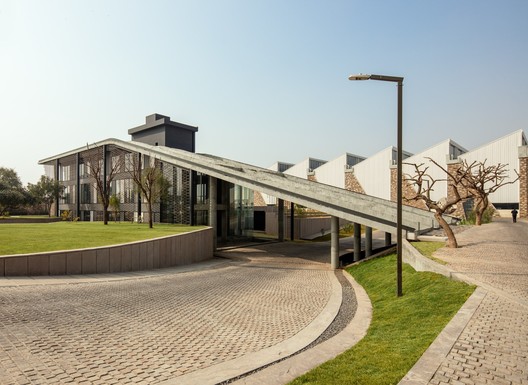