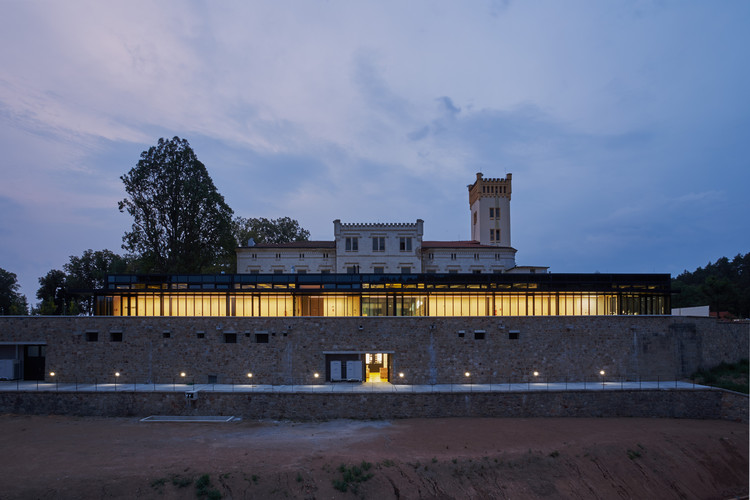 Text description provided by the architects. Kamenice Strojmetal is mainly engaged in the production within the automotive industry. At the same time, it is involved in innovation through development of superconducting materials. As part of the extension of the company’s premises, a requirement to create a Technology Center (TC) for the development and diagnostics of Strojmetal products has occurred.

The project has thus dealt with the difficult task of locating the Technology Center into a cultural heritage building, which became a part of the entire production premises after many years. Right from the beginning, the investor’s project specification expecting the use of the historical chateau building for this purpose appeared rather questionable in terms of the constructional-technical condition that the building was left in after the use thereof by its previous owner, as well as in terms of the craftsmanship needed for its renewal and, above all, in terms of the perpetual conflict between the TC’s needs and the building’s status of a protected monument.

Finally, a new building was constructed, inspired by technical facilities of similar historical chateau grounds. The noise-intensive rooms and those not requiring daylight are located underground, in the natural terrace of the wall fencing, while the clean laboratories and auxiliary facilities are located in the above-ground and glazed part of the building. The mass of the greenhouse naturally complements the terrace on the walls that feature private garden for users of both buildings.

The idea of the company’s own apprenticeship center in the neo-gothic villa, where the company would train adolescents and future employees, has not become reality yet. Yet the interconnection of the school premises and the laboratory technological facilities, apt to motivate pupils towards higher goals, is pretty enjoyable. We certainly consider the idea logical and far-sighted. Equally interesting is the reverse perspective showing to the employees of the production plant their future colleagues as they are growing. The space makes it possible for both the components to interact - as is already the case of the new “greenhouse” communicating with its older neighbor of stone. 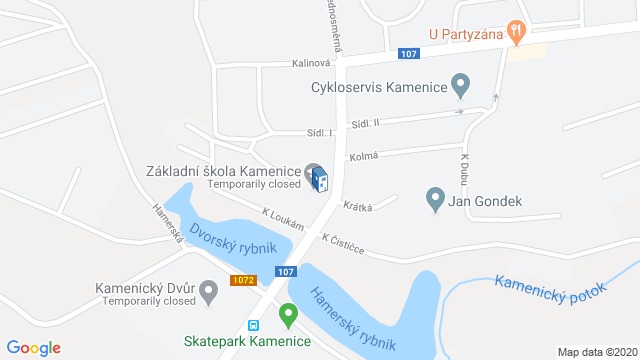 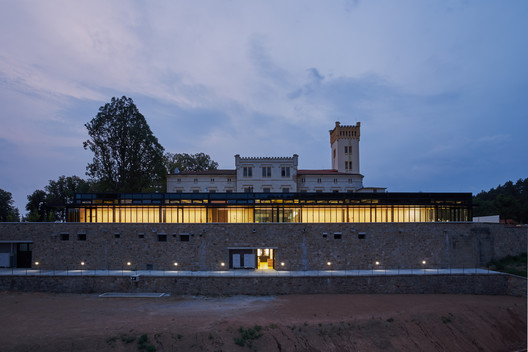