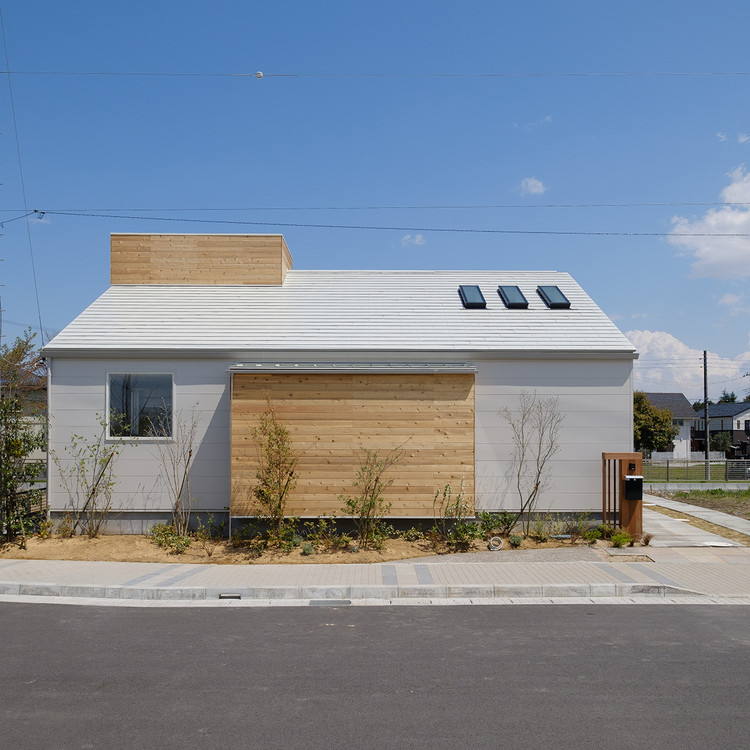 Text description provided by the architects. This building is located in a newly developed residential estate in a considerably low-density suburban area of Noda City, Chiba prefecture. A canal constructed in the Meiji era can be seen in its vicinity, along with a serene pedestrian path surrounded by greenery running parallel to the canal. We were first struck by this area's rural quality which is no doubt an echo of its past, as an idyllic atmosphere lingers in the air despite its location in the suburbs of the Tokyo metropolitan area.

In designing noda house, we had mainly focused on two things. This first was to formulate a plan for creating houses that are perfect for this area. This house is a prototype for built-for-sale units, and the idea was to build houses with the same concept but with different floor plans in quick succession once this prototype has been completed. In view of this, we wanted to create a row of houses that are dynamic and which exist in harmony.

Firstly, we decided to go with a simple one-story structure in response to the economic rationality demanded by built-for-sale units, before equipping the interior of the house with multiple "wooden boxes" that are highly functional. The "wooden box" in this house is unique for how it allows natural light to filter into the living room while serving as the stairway that provides access to the roof terrace. We believe that in the course of building similar units next to one another to form a row of houses, this "wooden box" can give the houses dynamism by creating a three-dimensional quality in various locations based on the respective functions of each unit. The second thing was our attempt to revive a space for production within the house.

Dwellings in the past had production-centric spaces such as dirt-floor areas and barns. These spaces support agricultural and production-based work such as making and repairing one's own items. We thought of making the most of this location's idyllic setting where nature abounds to create production-centric spaces that can enrich the daily lives of people. As such, we reserved the space from the entrance to the dirt-floor area as one that can be adopted for various purposes.

The walls are finished with Lauan plywood to facilitate more rustic uses such as DIY work. Our design also makes it possible for this space to be converted into a second living room by installing a charcoal stove. We believe that the revival of production-centric spaces in new residential estates can be a means by which we recover the spirit of production that modern homes have lost and make our daily lives more vibrant.