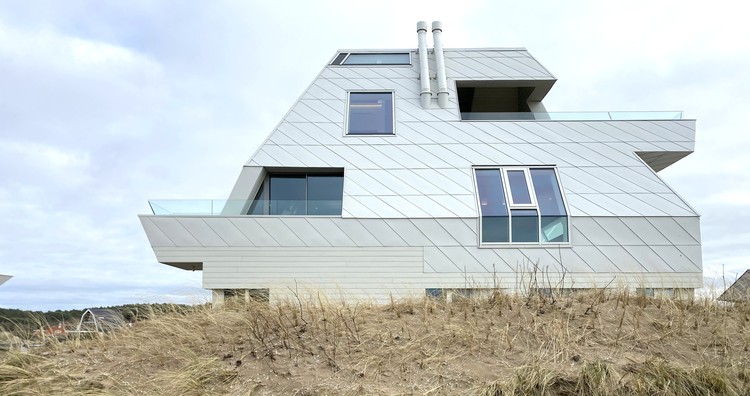 Text description provided by the architects. The location concerns the boulevard in Bergen aan Zee and the plot is represented the last development opportunity in a series of private homes from the eighties and nineties of the last century. The house was initially designed as a holiday home, but will eventually be occupied more permanently by the client / initiator. An important starting point in the design was the wish expressly stated by the client to be able to view the sea directly from the bed in the master bedroom. This aspect was therefore seriously monitored during the development and realization.

In many respects, the environment provides a reason to respond to this from the interior; the unobstructed view in all directions, sea view and sunset, sun position in relation to terraces and balconies, predominant wind direction, etc. It has therefore become a plan that is mainly designed from the inside, whereby the spatial experience - also through a two-storey high vide- is largely determined by contact with the immediate environment.

The choice of facade material and associated details is mainly determined / dictated by the climatic conditions present, such as right by the sea. Ultimately, a closed facade construction was chosen, consisting of aluminum losanges in maximum size, with a coating that is guaranteed to withstand the elements for decades. Moreover, a facade construction without gutter construction. After all, this would quickly fill up with drift sand. 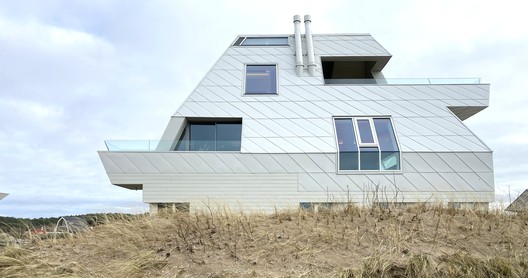