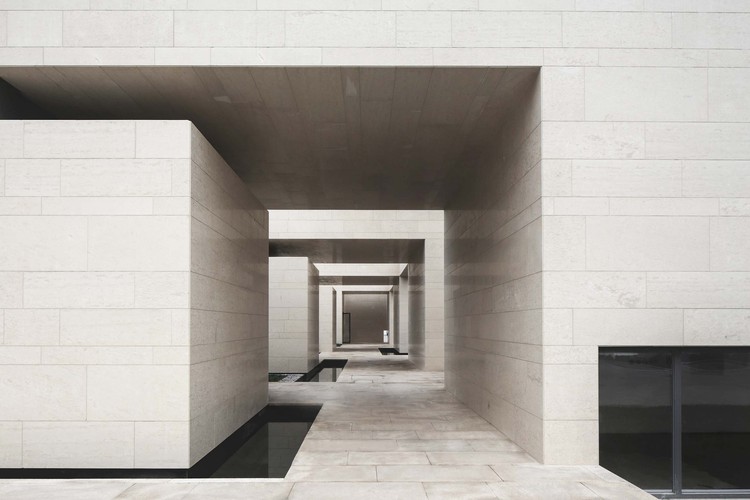 Renovate a factory into “a gallery without a gate”
Feimeite metal foundry is an old factory located in Chengguan Town, Tongzhou.Over the past 20 years, these factories for casting iron and steel have stood beside the Beijing-Hangzhou Grand Canal, leaving a glorious industrial era.With the establishment of Beijing Sub Center, it is planned to be the CBD core business district of the sub center. In the wave of development, whether the old factory is buried in the process of history, or whether it can continue some cultural genes, is our concern.After the successful operation of many old industrial heritage development projects, we hope to plan a new transformation for the old factory beside the canal, so that it can become the "West Bund" of Beijing.

After many discussions, the whole factory is finally planned as an artistic creative industrial park mainly for office.However, how to deal with the nearest factory living area along the river bank has become a problem.This area is composed of four strip-type unit dormitories on the first floor and one small canteen in the park.The buildings in this area are small and scattered.Such a plane layout is almost difficult to use as an office,because the outline of the reconstructed building is unchangeable.So if not as an office, can we introduce an public art museum?By integrating the whole area, we could building a “art museum without a gate”, and give the public a cultural and social space along the river?This is an exciting idea!

After the definition of the core function, we began to interpret the site gradually, in order to match our function, and then match a new building, even the ideal architectural prototype of art museum in our mind.

The transformation from addition to subtraction: from the empty courtyard to the interrelated tunnel, from the enclosed exhibition hall to the public art Labyrinth
The original buildings are only “exhibition-units group” but not “an art museum”.If we don't regard these buildings as the "collection" of the volumes, but regard the "empty" parts between the volumes as the "excavation" of the whole, that is to say, turning the addition into subtraction, we will get a "whole" art museum.Through a series of "digging" operations, caves are formed at the original disconnection. These caves transfer the “exterior space” of “exhibition-units group” into “interior space” of a general unified art museum. Caves are combined into an artificial "tunnel" running through the whole, which is surrounded by each exhibition hall.Time, space, wind, sound and water all meet here.During a walk, you can experience four alternations of venues, courtyards, venues and courtyards again on both sides.Time seems to be no longer a single linear element, but a cycle.

The original row house is organized into a group of mutually anchored boulders and caves.These staggered "tunnels" become the intersection of the surrounding urban space, and also constitute the outdoor public maze of the art museum.Labyrinth space, an ancient sense of space experience, is incomparable to the general functional efficiency space.By constructing "labyrinth" space of light and shadow, the traditional closed art museum space has become an open "public art field". Its exhibitions and exhibits, exhibition modes and visitors are related more closely to each other, rather than a single and exquisite building.A lively art museum was born.

In order to reflect the light and time sense of the stone maze better, we chose beige sandstone as the main material of the exterior wall, and made a lot of research and comparison on the separation, and made a real scale sample wall one to one, so as to make the final art museum present a maximum sense of "completion".In order to match the exterior wall, sesame rock with the corresponding modulus separation is used on the ground.

Water system, elevated layer, overhead corridor and flowing people - absorbed scenery
In fact,the Canal Art Museum is very special. Although the volume is small, it is not a self-sufficient closed unit. It is not only a part of the park, but also a window open to the park.At the same time, because it can be separated from the outside, the orientation of the art museum is a kind of integration of open space and box space from the very beginning , which is the mutual transformation of external and internal perspectives.

Back to the site itself, although this part of the museum still stands in the park, its unique topographic height difference makes the museum form a special relationship with the external canal embankment,which strikes a balance between separation (separated physically) and non-separation (separated visually). So on the side close to the canal, we designed a half raised veranda, which corresponded to the stone tunnel on the ground.On this high level, we can share the beauty of the canal over the fence with the traffic outside the wall, and absorb it as the external environment of the art museum. At the same time, theseelevated verandas are also an important part of connecting several independent exhibition halls into a complete and rich flow line for visitors.

In addition to the setting and connection of the museum itself, there is also an "air corridor " running through the whole park.This streamline crosses from the second-floor corridor bridge in the central office area of the park, and then descends to the ground to enter the museum's entrance ticket hall. Therefore, if you enter the art museum from different angles, you will see different landscapes, experience different relationships between water, ground, wall, and visitors.These different natures are very important and special experiences, and also our translation of traditional Chinese gardens.Meanwhile, these external connections lead people into the "public art field" of the art museum, making people's activities become exhibits.

Life is “Art without Gate”
We have always believed that transformation is only a starting point and a way. Fresh and pure art should not be bound by its means, but should lead to a more polysemous construction. How to respond to the building site， how to create a more open life, is the focus of our design. We believe that the site itself has the power to tell stories, just waiting for the emergence of designers who can communicate with them. Trough translation of the context of original site, we transfer the “group of exhibit-units” into a whole “museum without gate”. It indicates that the future of art museum should be a museum of life. 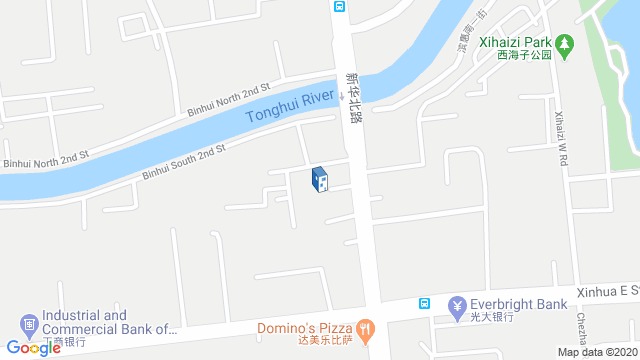 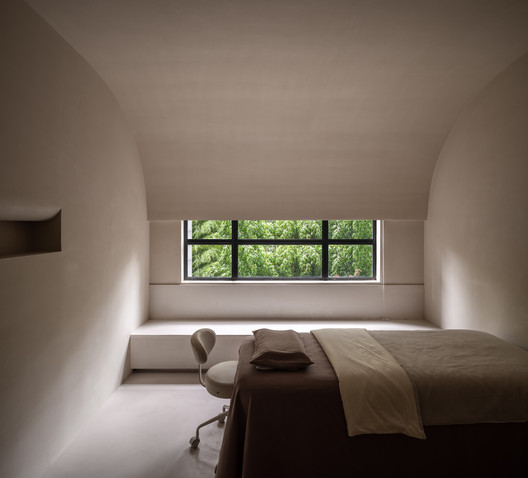 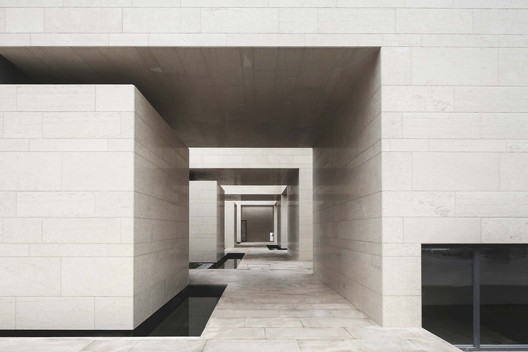