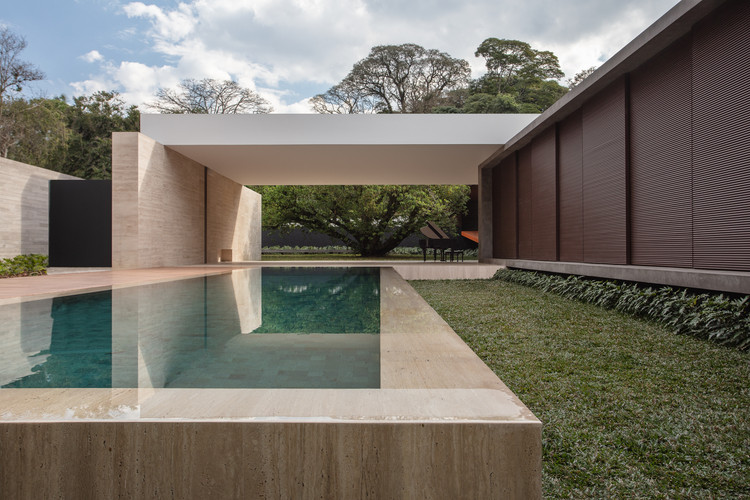 Text description provided by the architects. The 2,700 m² plot of land in a private neighbourhood in Cotia (metropolitan region of São Paulo), presents an element that is both an attraction and a challenge: a centennial fig tree engraved in the center of the site. Also known as the Tree of Life, it is the first plant described in the Bible, when Adam and Eve used its leaves to sew their garments after eating the fruit of knowledge. Symbolizes chastity, morals and immortality.

Designed for a mature couple who occasionally welcomes their children, the entire program is distributed around the tree, which crown is about 15 meters in diameter. The lot has a steep slope in relation to the street level that became part of the project. When traveling along the neighbourhood, the construction noticeably mimics the landscaping.

Three blocks organized by function were distributed around the fig tree creating a courtyard. A large steel structure forms the garage roof, which defines a threshold to the building. The level difference of the garage is solved by a ramp that smoothly connects it to the living room block, which opens up both to the courtyard and the poolside. Perpendicularly to this volume, another prism organizes the bedrooms’ sector.

The materials were applied in their natural state, such as corten steel and the exposed concrete of the structural wall that anchors the ramp. In contrast to these brutal materials, travertine marble and white planes create subtle frames, leaving the exuberant landscape in the foreground that guided the entire project: a particular and tropical Eden. 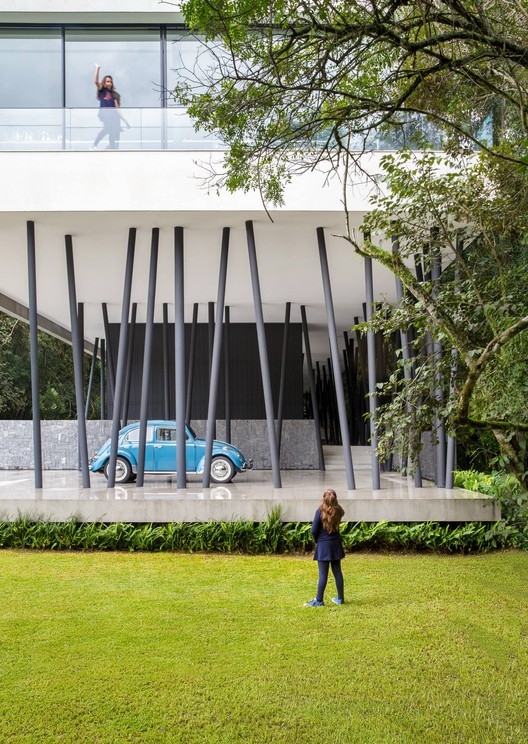