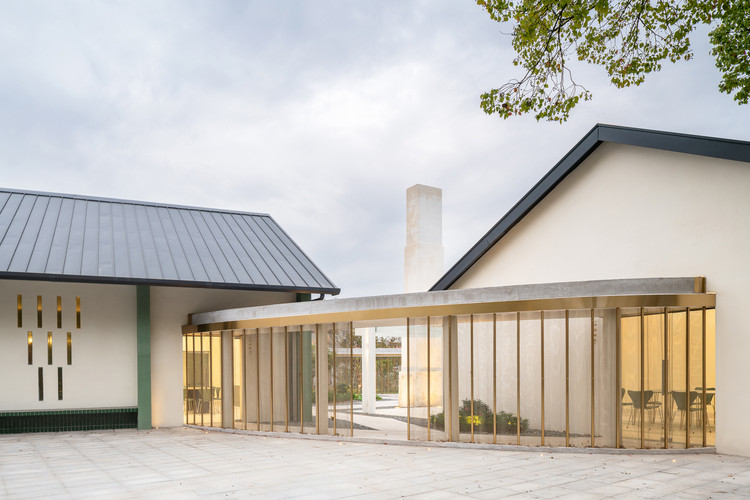 Text description provided by the architects. The project is located on a narrow site, facing the road to the north and water to the south, in Xinhe Town, Chongming island, Shanghai. Three buildings in different volumes will be refurbished into a new communal cultural center, while some traces of previous usage being kept in its existing layout.

Building One on the west side was previously a supply and marketing cooperative in the 80s, partially three-story flat roof and parallel to the road. Building Three used to be a waste station, one-story pitched roof, parallel to the river course. Building Two is in between these two and relatively smaller. It is one-story pitched roof, next to a 10m-high chimney, which used to the cooking equipment room. The intention is to explore the existing site condition. We unify the three relatively separated buildings, while inheriting some characteristics of each individual building.

The chimney becomes the starting point of the design, as it not only remarks the center of the site, but it is also the essential element of the surroundings. We build a circle ring around the chimney to serve as the outside corridor that links three different oriented buildings. The center of which becomes a courtyard garden, and a place to gather the people.

For Building One, multiple division walls are removed to set up a circulation spine on the south side of the first floor. The passage can also be regarded as an exhibition space. We change the direction of the staircases on one side, and open up a round window towards the chimney on the other side. Building Two is the leisure space for citizens. The south elevation near the chimney is set back to give way to an outdoor terrace. Building Three is the multi-function hall, the front part of which is the lobby area, connected to the ring. The stage for performances is set on the other side.

The original pilaster of Building One is made of green glass fragments, the new design continue to use green frame on the elevation. Moreover we apply green color on the interior design and the selection of furniture.
There are four steps, decreased in size, in the chimney to the top. This pattern of echelon echos in many newly designed part, such as the pattern of terrazzo floor, the openings of the wall made by vertical slice of glass, etc.

The courtyard landscape is made of gravels and garden plants. The galvanized steel mesh, which is usually used for agriculture, is curved to form a soft porous boundary outside of the ring. Through different light, the surface of steel mesh cast the fish-scale like shade. 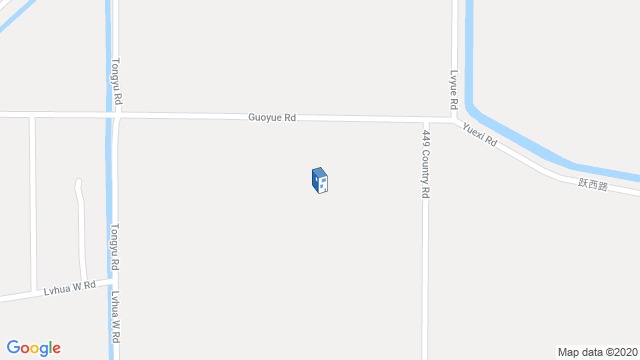 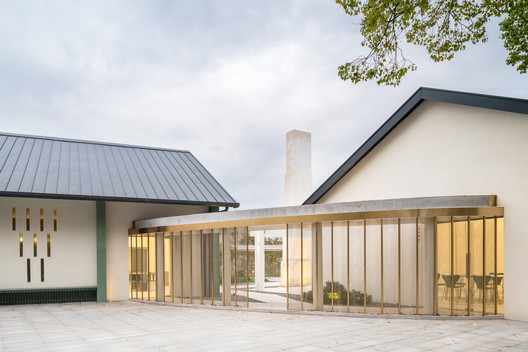